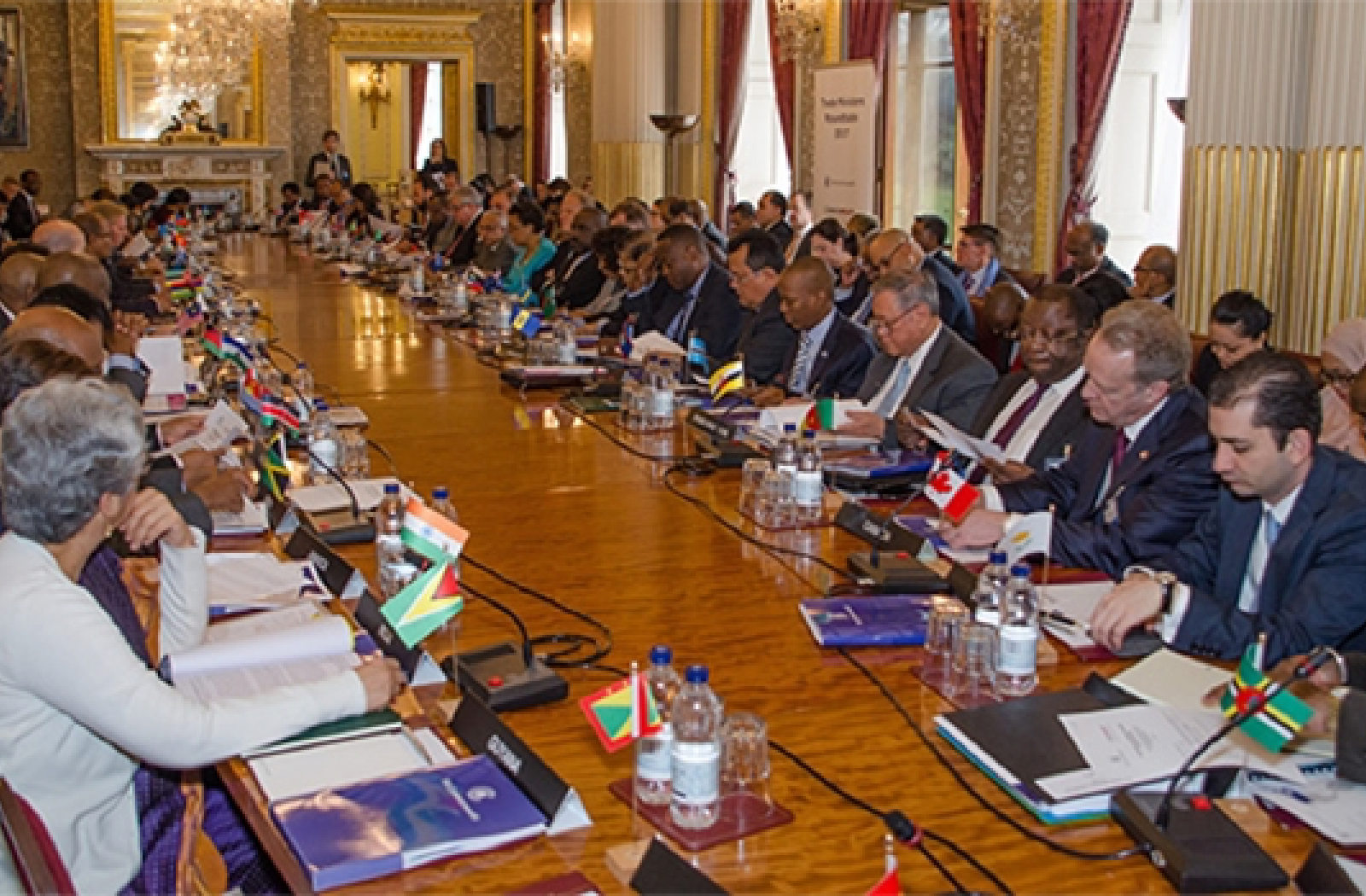 Were you aware of the trading advantage that businesses in Commonwealth countries enjoy? Very simply, if you trade within the Commonwealth, exporting from one member to another, it is approximately 19% cheaper to do so than it would be outside.

The Commonwealth trading advantage is thanks to what our countries have in common – the English language, similar legal systems and mostly common financial systems.

In March 2017, that advantage was the focus of attention at a special meeting in London – the Commonwealth Trade Ministers Roundtable, which the Secretariat and the Commonwealth Enterprise and Investment Council jointly convened.

“There is a 19 per cent trade advantage within the Commonwealth. We must see how the global trade landscape can be changed in favour of that advantage and the particular factors that drive and differentiate intra-Commonwealth trade and investment be improved.”

At the meeting, ministers focused on opportunities for the Commonwealth to strengthen collaboration by promoting intra-Commonwealth trade and investment flows. They identified key challenges hindering trade competitiveness, and they discussed how to overcome them through mutual support.

Ministers underscored the importance of building a global economy that benefits all of the Commonwealth’s 2.4 billion citizens. They noted that developing countries need an enabling global trading environment to achieve the Sustainable Development Goals.

The ministers convened against a backdrop of global economic uncertainty and a slowdown in worldwide growth. To help members in this environment, the Commonwealth is assisting more than 30 countries to integrate effectively into the global trading system. This is helping to build their capacity to take advantage of opportunities, including improving trade competitiveness.

Lord Marland, Chairman, Commonwealth Enterprise and Investment Council, said, "Creating a conducive business environment and helping businesses find a route to market is core to the enabling role of our organisation. It was essential to have the private sector fully engaged in the Trade Ministers Meeting.”

Discussions took place on the likely impact of the UK’s withdrawal from the EU, which could disrupt market access into the UK and Europe.

The Secretary-General stressed that “no country should be left behind” in the post-Brexit trade landscape. Ministers acknowledged that Brexit provides opportunities for broader cooperation on trade and investment between Commonwealth countries. They also made a commitment to examine specific recommendations for practical initiatives that can be presented at the next CHOGM in 2018.

“Win-win” for all involved

Following our successful Roundtable in London, there was another important meeting in May 2017 – the first India-Commonwealth Small and Medium-sized Enterprise (SME) Trade Summit, in New Delhi.

Representatives from 300 Indian companies came together with more than 100 businesses and high-level policy-makers from across the Commonwealth. They were at the two-day summit to enhance trade and investment partnerships.

Commenting at the gathering, Commonwealth Deputy Secretary-General Deodat Maharaj said, “Greater SME collaboration across member states will be good for jobs, good for inclusive growth and good for the Commonwealth.”

The roadblocks to trade for SMEs were a focus of the summit. On the first day, attendees at the high-level policy-makers’ plenary session heard about the challenges faced by SMEs. In response, organisers set up a working party. The group included policy-makers, senior politicians and SMEs from across the Commonwealth. One of them was an entrepreneur from Kampala named Sekandi Abdul Karim. He had travelled 3,550 miles to get to the meeting.

The Trade Ministers Roundtable (London, March 2016; see above) was a highlight of the year. It drew delegates from 44 members (including 33 ministers).

The Secretariat was recognised by the UN Conference on Trade and Development (UNCTAD). This was for our lead role in garnering momentum to secure a new World Trade Organization (WTO) agreement on addressing harmful fisheries subsidies. We had also issued a joint statement on the regulation of fisheries, signed by over 90 countries (July, 2016). This marked a key step towards addressing goal 14.6 of Sustainable Development Goal 14 (SDG 14) relating to the need to address harmful fishing subsidies.

The Secretariat collaborated with the UN Committee for Development Policy (UNCDP) and the UN Department of Economic and Social Affairs (UNDESA) to develop an effective graduation framework for least developed countries (LDCs) to graduate from LDC status. This included contributing to a new online platform to enable countries to estimate potential graduation costs.

The year 2016/17 saw unprecedented engagement with 50 of the 52 [now 53] Commonwealth members participating in trade policy discussions and capacity-building. This included:

The Secretariat provided technical support to improve members’ trade competitiveness in global markets at the request of their ministries. This saw 33 active technical support projects across 18 countries in 2016/17. 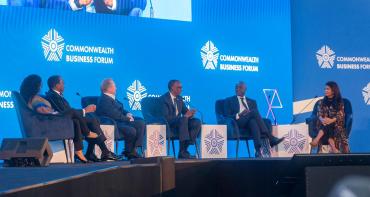 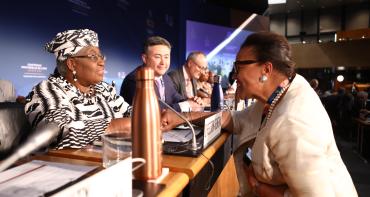