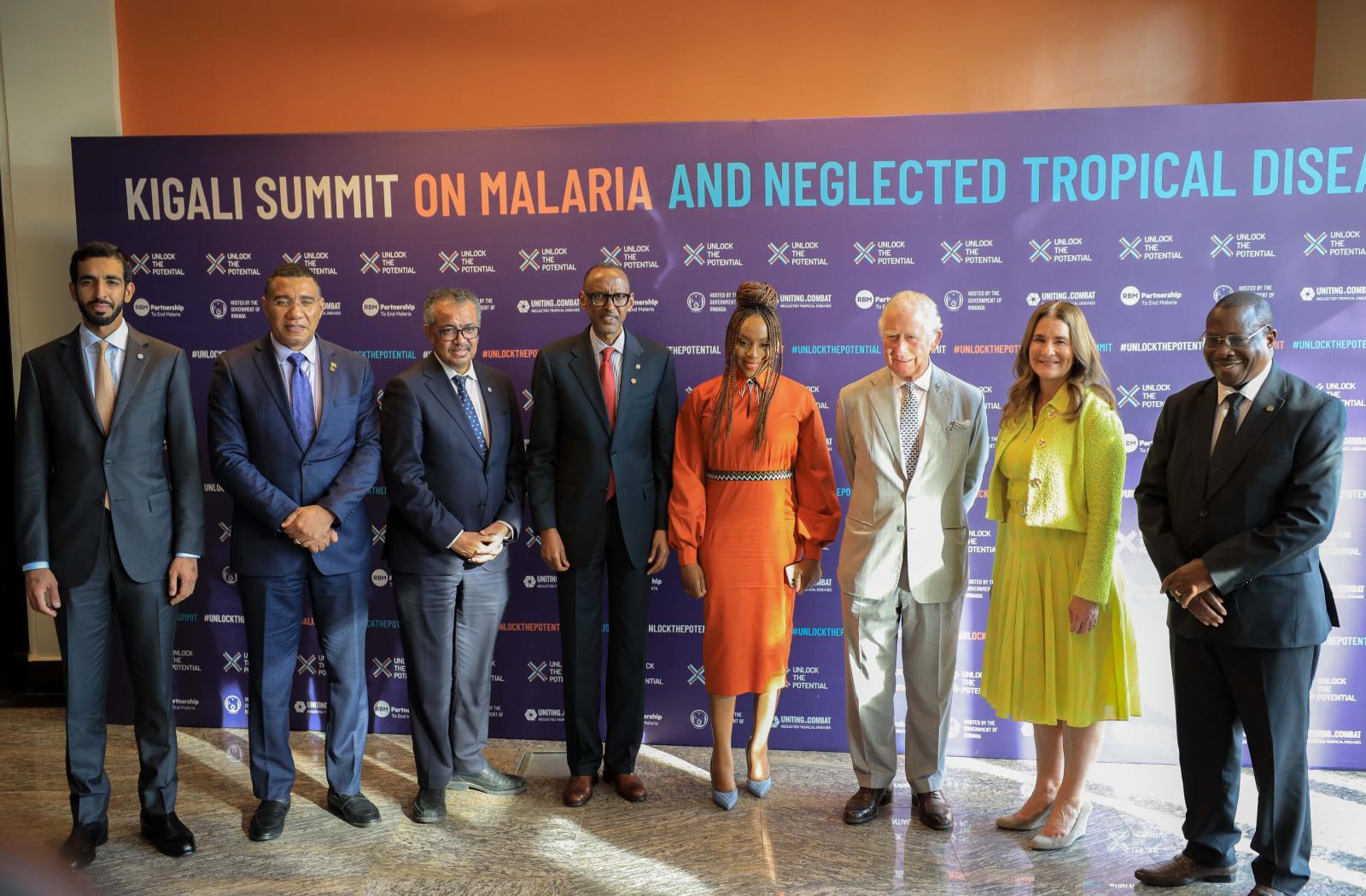 Over $4 billion in funding pledged as world leaders gather in Kigali for historic summit to renew commitments toward ending malaria and NTDs by 2030.

Some of the most influential voices in global health including world leaders, philanthropists, scientific experts, global experts, and community champions gathered at the Kigali Summit on Malaria and Neglected Tropical Diseases (NTDs) on 23 June to make bold commitments to eliminate malaria and NTDs by 2030. They pledged over $4 billion in new funding and pharmaceutical companies donated a further 18 billion tablets for preventing and treating NTDs.

Hosted by the Government of Rwanda and co-convened by the RBM Partnership to End Malaria and Uniting to Combat NTDs, the high-level Summit – the first of its kind hosted in Africa - took place on the margins of the Commonwealth Heads of Government Meeting (CHOGM) and marked a key opportunity for world leaders to renew commitments and call for more significant investments to end malaria and NTDs, a group of 20 diseases, most commonly affecting some of the world’s most vulnerable people.

“This week the Commonwealth will commit to working towards ending the malaria pandemic by 2030. We will need your support to make this happen.

“Ensuring that all African countries mobilise the domestic financial resources required for quality healthcare, is a priority for the African Union, and our partners.

“If there is one thing the pandemic has taught us, it is that together, through coordinated and collaborative action, we can achieve much more.” 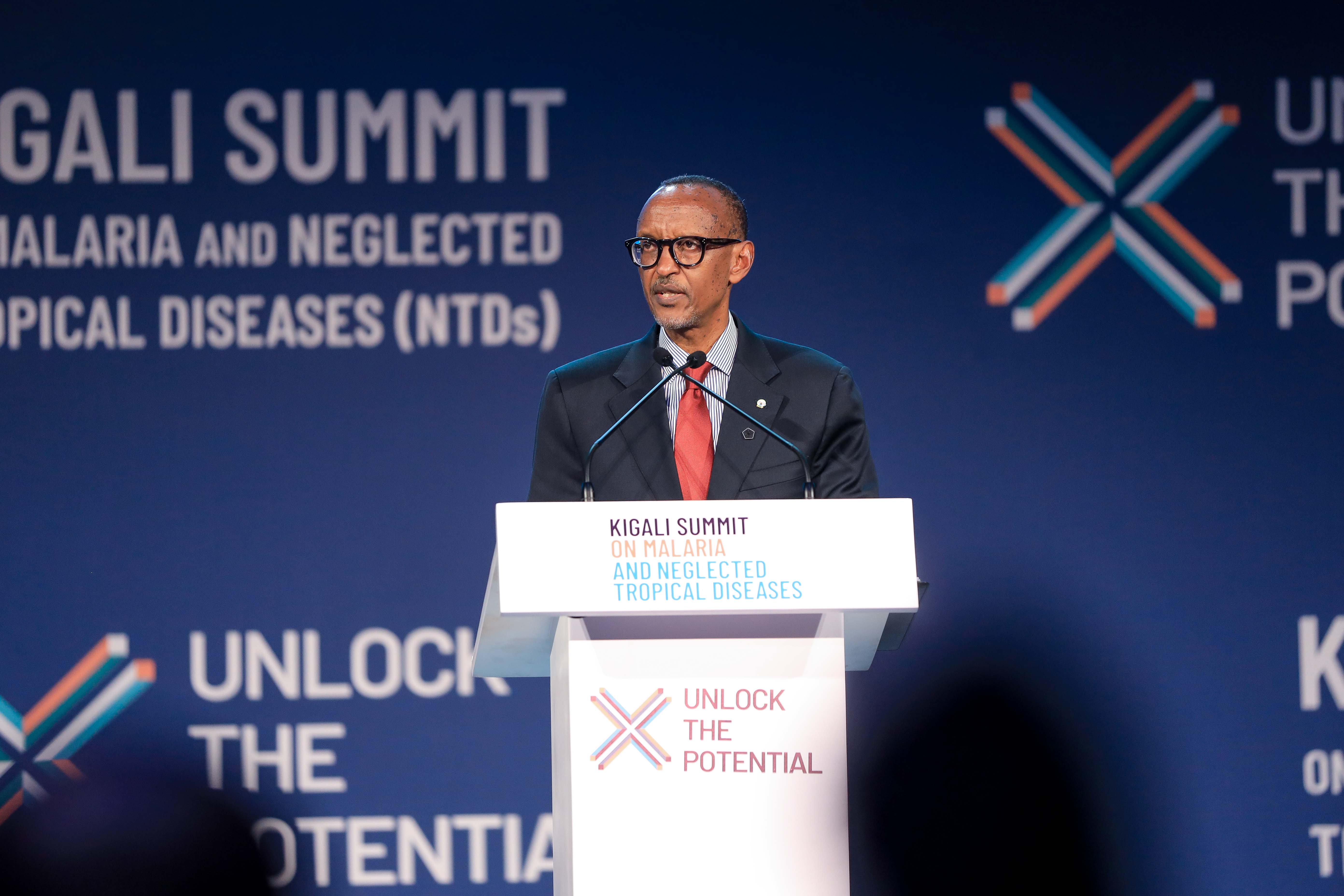 HRH, The Prince of Wales, said:

“I am most touched to have been asked to join you here today at such a pivotal time in our history.

“…Building on this and [the] last CHOGM summit, I continue to support our collective ambition to halve malaria by 2023. We must also acknowledge that the burden of neglected tropical diseases is also a hugely important issue. Such diseases are endemic in forty-six of the Commonwealth’s fifty-four countries, thereby representing two-thirds of the world’s burden. So, I very much welcome the declaration that has been launched today.

“It is encouraging to see that leaders of the Commonwealth will discuss and pledge their support for this campaign and are committed to work towards ending the epidemic of malaria by 2030.  I very much welcome this determination and that we are not turning our back on a job unfinished.” 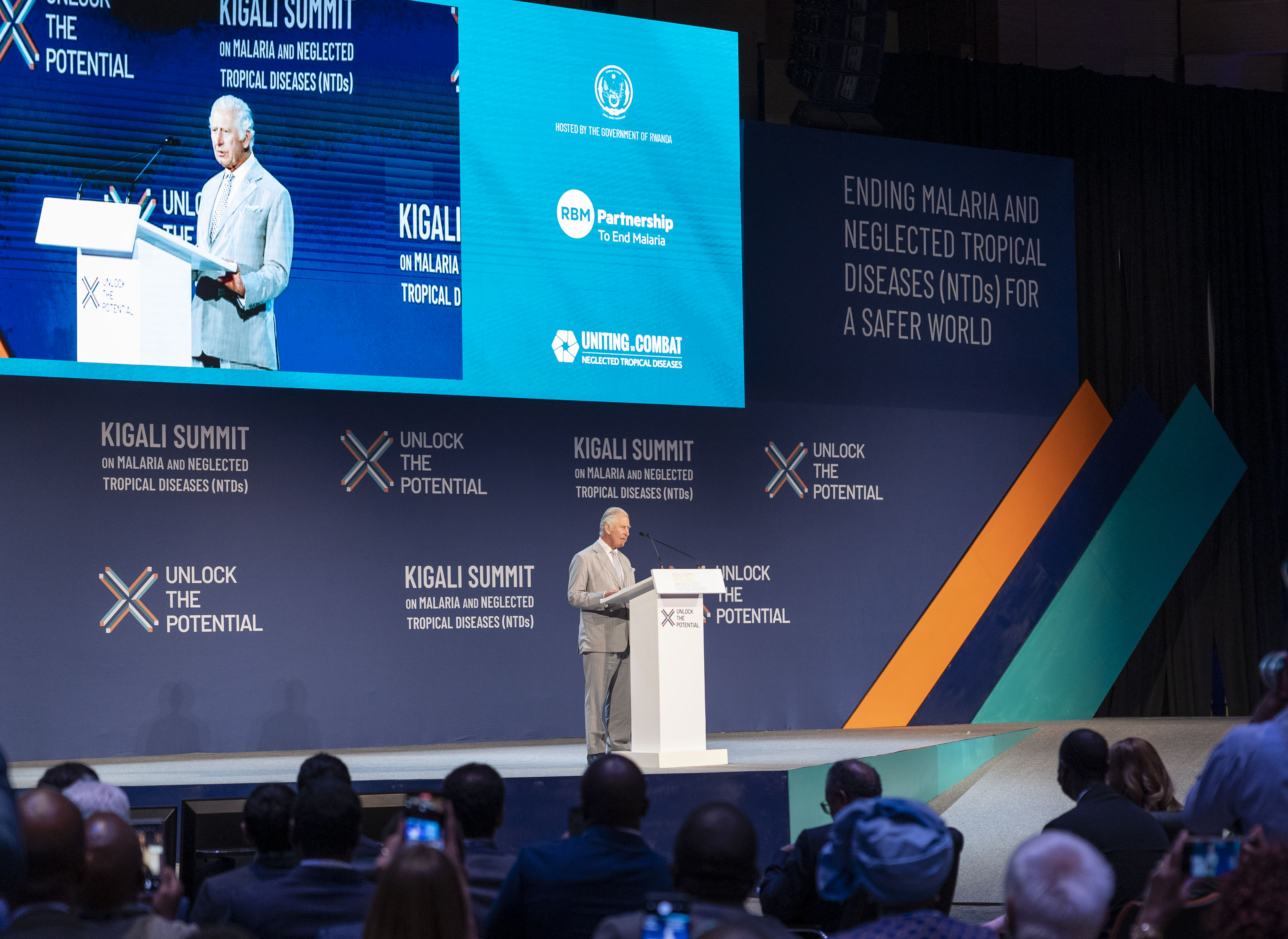 “Malaria has afflicted humanity for millennia, but in the past 20 years, we have made huge gains, saving many lives. Those gains are now at risk. Without accelerated action, we are in danger of seeing an immediate resurgence of malaria, particularly in Africa. But we have the tools and the strategy to prevent that – and, with new tools, to start to dream of a malaria-free world.”

The day-long Summit included high-level panels on integration, innovation, and health financing, outlining how investment towards ending these diseases will save more lives, improve equity, drive economic growth, and build resilient health systems capable of detecting and responding to current and emerging diseases.

At the conclusion of the Summit leaders formally endorsed the Kigali Declaration on NTDs, which lays out a detailed course of action to accelerate the fight against NTDs and builds on previous success to mobilise the political will, community commitment and resources.

Countries also called on other global leaders to join them and demonstrate their support by endorsing and committing resources to the Kigali Declaration on NTDs and mobilising at least $18 billion for the malaria response at the Global Fund’s Seventh Replenishment Conference in September.

Fighting malaria and NTDs in the Commonwealth

Progress against malaria and NTDs has stalled in recent years and even reversed in some countries due to a plateauing of funding, rapidly increasing population, and widespread insecticide resistance alongside the recent COVID-19 pandemic. This has disrupted health programmes including essential services and supply chains that have put further strain on the fight against malaria.

At the 2018 CHOGM, Heads of Government committed to halving malaria across the Commonwealth by 2023 and agreed to take action towards achieving access to quality eye care for all, including eliminating blinding trachoma by 2020.

Malaria is a major health issue for the Commonwealth, with 90 per cent of Commonwealth citizens living in affected countries. The Kigali Summit follows the Commonwealth Health Ministers Meeting in May, which was held last month. During the Ministerial, the 2022 Commonwealth Malaria Report was launched revealing there was an increase in malaria incidence and mortality rates due to the COVID-19 pandemic. Data from that report also indicates that the Commonwealth is currently not on track to halve malaria cases and/or deaths by 2023. To that end, Ministers urged leaders to reaffirm their commitment toward the goals of halving malaria by 2023 and ending the epidemic of malaria by 2030, in line with global and regional commitments.

Ministers also noted that whilst achievements have been made across the Commonwealth and globally on controlling, eliminating and eradicating neglected tropical diseases, countries are yet to achieve the elimination targets, including the Commonwealth target to eliminate trachoma by 2020. They acknowledged the need to accelerate efforts to achieve the targets in alignment with the interventions outlined in the WHO roadmap “Ending the neglect to attain the Sustainable Development Goals: “A road map for neglected tropical diseases 2021-2030”.

As part of its mandate given by Commonwealth Heads of Government and Health Ministers, the Secretariat will continue to support member countries to advance their health priorities, ensuring a healthier and prosperous Commonwealth for all.