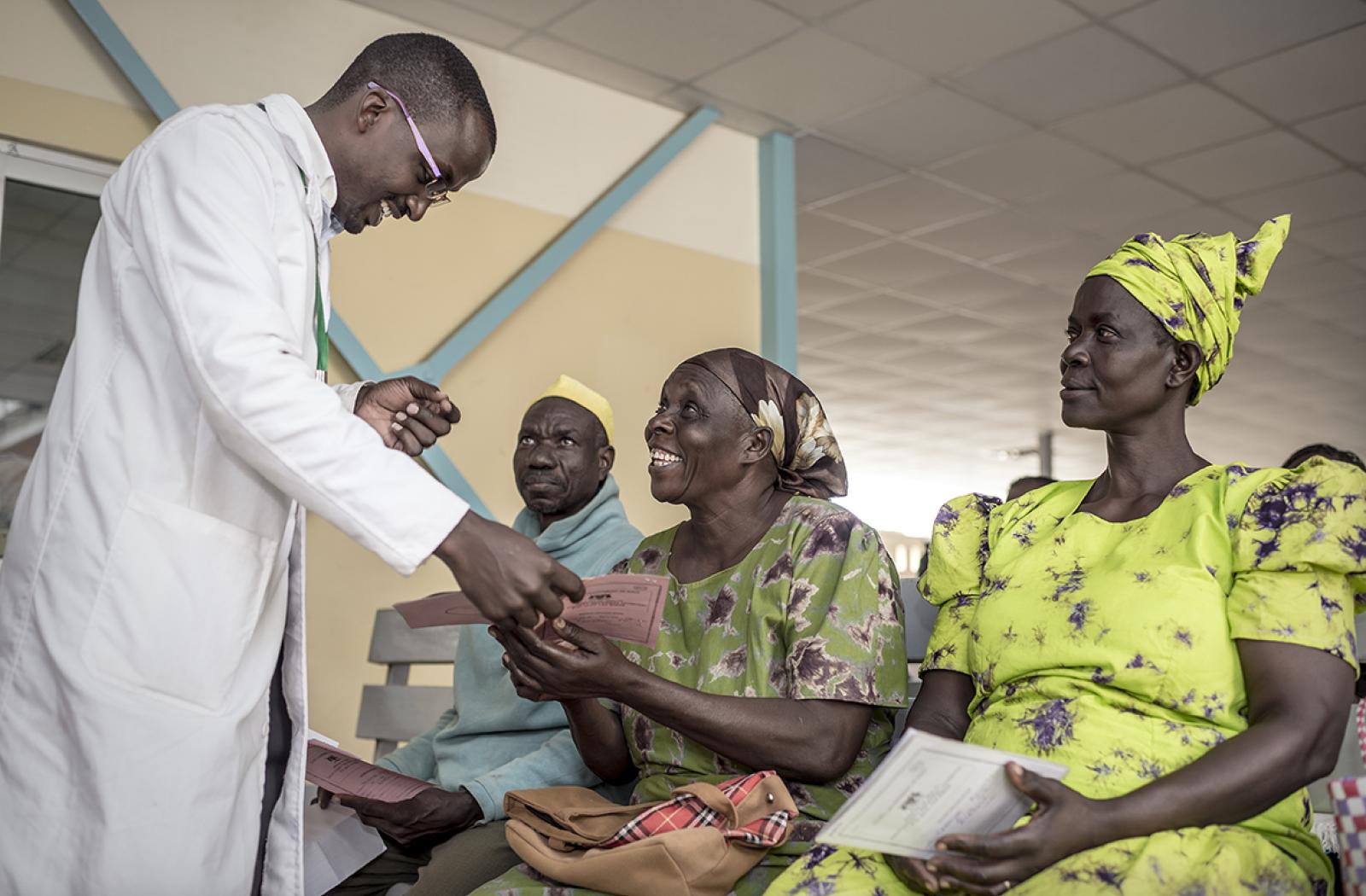 In 2018, Commonwealth leaders committed to halving malaria by 2023. Despite significant efforts to maintain malaria programming through the COVID-19 pandemic, the Commonwealth is off-track to meet that commitment, the 2022 Commonwealth Malaria Report has revealed

The annual Commonwealth Malaria Report has revealed that the COVID-19 pandemic disrupted malaria services, leading to an increase in malaria incidence and mortality rates. Data from the report also indicates that the Commonwealth is currently not on track to halve malaria cases and/or deaths by 2023.

Launched on the margins of the Commonwealth Health Ministers Meeting, the 2022 report provides a clear picture of the state of malaria in the Commonwealth following the emergence of COVID-19 and a snapshot of the challenges and progress being made to meet malaria targets. It also reveals important insights into the trends in malaria interventions and highlights the ways leaders can invest in the malaria response, in the run-up to the Commonwealth Heads of Government Meeting (CHOGM) in Rwanda in June.

“The COVID-19 pandemic has touched every part of the Commonwealth and has pushed countries’ health systems to the brink. At the same time, it has made us understand just how interlinked our collective health is. It is in the context of these turbulent times that this year’s Commonwealth Malaria Report must be understood. While we have seen the first rise in malaria cases and deaths since 2015, we can recognise that without major interventions to keep programmes operating and malaria diagnoses and treatments available, it could have been much worse.

If we are to stay true to our words from 2018, the Commonwealth is now tasked with how we return to progress in the fight against malaria. I urge our Commonwealth family to continue to prioritise the fight against malaria, especially in the face of the other challenges facing our nations’ health systems. It is now time to truly commit to ending the epidemic of malaria and ensure we hold ourselves to mutual accountability for the commitments made so far.

Ending this disease is not one country’s problem, it is for all of us to tackle. And in doing so, we will make our whole community healthier, safer and more prosperous.”

The Commonwealth not on track to halving malaria

Findings show that for the first time since the malaria commitment was formed, both the case incidence and mortality rate for malaria are greater than they were in the baseline year of 2015, reversing progress made since the beginning of the commitment period.

Countries that were steadily reducing malaria have been thrown backwards, with high burden countries now even further off-track. Mortality rates in the Commonwealth are now higher than in 2015. The case incidence has also rose year on year.

The Commonwealth, as a whole, is not on track to achieve the commitment to halve malaria by 2023, the report noted. While the Commonwealth has a third of the world’s population, it accounts for over half of all malaria cases and deaths recorded each year. African countries also continue to take carry the heaviest malaria burden - Mozambique, Nigeria, Tanzania, and Uganda now account for 66% of the world’s malaria burden.

Whilst the report highlights the disproportionality of Commonwealth countries in malaria, there is also cause for optimism and hope. Despite the challenges imposed by the COVID-19 pandemic, a fifth of Commonwealth malaria-endemic countries – Bangladesh, Belize, India, Malaysia and Pakistan - are on track to halve both malaria case incidence and mortality rates by 2023.

Some countries have also made significant strides towards reducing malaria case incidence by 2023. Seven countries are on track to reach the Commonwealth’s halving target for case incidence, six of which have already achieved it. These are Bangladesh, Belize, The Gambia, India, Malaysia, and Pakistan. Ghana, while not yet on target, remains on track to halve their case incidence rate by 2023. Sierra Leone, which had one of the highest levels of case burden in the baseline year of 2015, continues to make strong progress towards reducing mortality rates. And between 2017 and 2020, Rwanda’s case incidence decreased by more than two-thirds. This rate has been maintained in the face of the pandemic giving strong hope that the country will be back on track in the next reporting year.

The report also looks at the impact of innovation and the contribution of the malaria research and development community in developing new tools needed to combat malaria, such as last year’s launch of the world’s first malaria vaccine RTS,S, approved by the World Health Organization.

The road to CHOGM, the Kigali Summit and elimination

2022 will be a vital year in getting the malaria campaign back on track. The report comes a few days ahead of the World Health Assembly and weeks ahead of the Kigali Summit on Malaria and Neglected Tropical Diseases (NTDs), taking place alongside the Commonwealth Heads of Government Meeting on 23rd June 2022. The Summit, which will be the first-ever global gathering to uniquely discuss Malaria and NTDs, comes at a pivotal time for world leaders, development partners and philanthropists, to discuss the findings of the report, reaffirm commitments made at the 2018 CHOGM to halve malaria by 2023, and commit to bold new actions to get the malaria fight back on track.

Given the current trajectory and as the world continues to recover from the impact of the pandemic, the report has called on countries to increase investment in malaria programming, which was already stagnating pre-COVID, and accelerate action to reach the target of halving malaria by 2023. And with only eight years left to achieve the Sustainable Development Goal target of ending the epidemic of malaria, it is more important than ever for leaders to renew their political commitment.