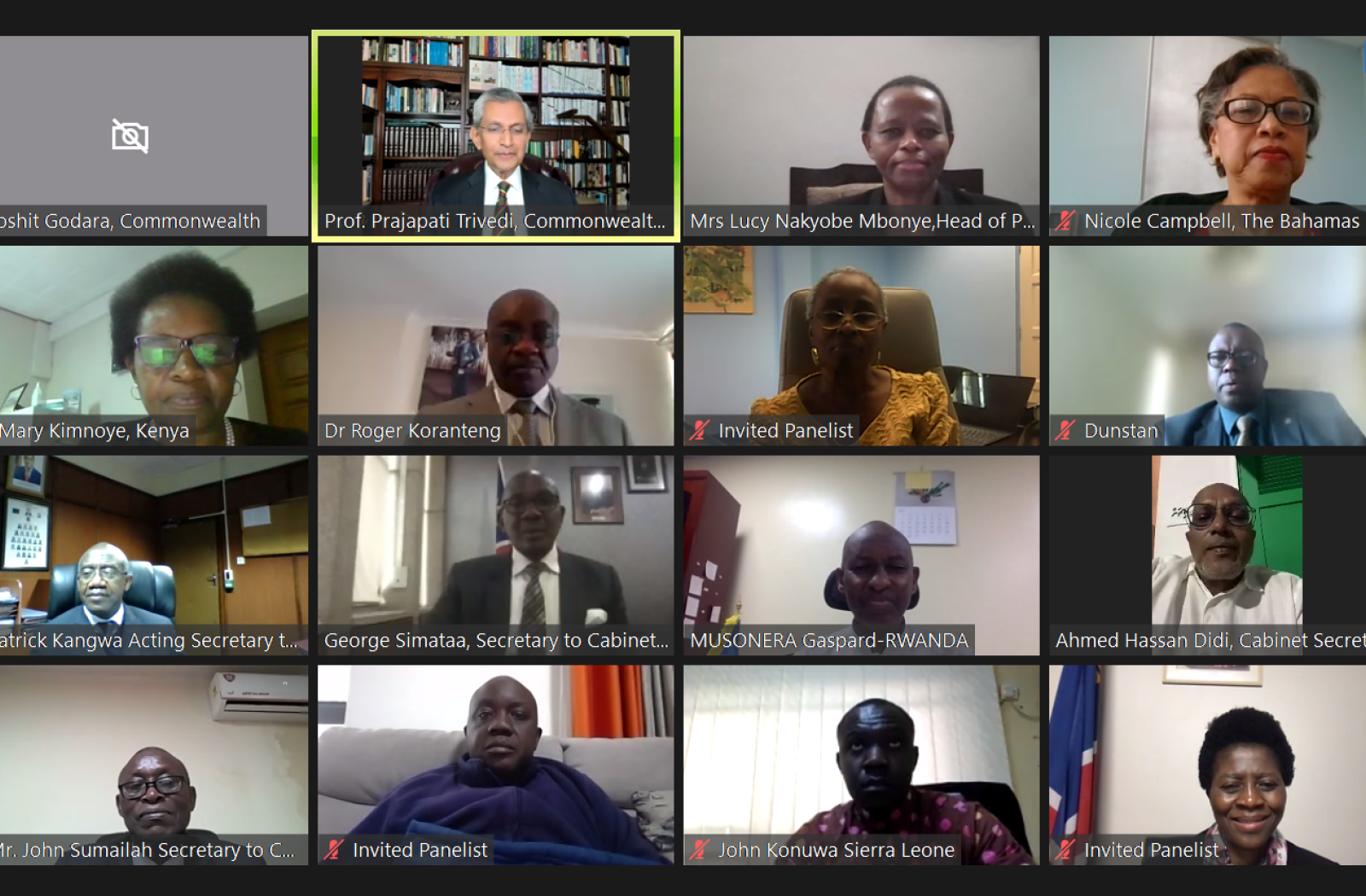 More than 200 top civil servants from across the Commonwealth wrapped up their biennial meeting by adopting an outcome document that underscores the importance of implementing the Generally Accepted Performance Principles to enhance government performance.

The second Biennial Pan-Commonwealth Meeting of Heads of Public Service/Cabinet Secretaries, held via videoconference, concluded on Wednesday 8 June 2022 with the unanimous consensus on the adoption of a sixteen-point Generally Accepted Performance Principles (GAPP) as a guide for governments to design an effective Government Performance Management System (GPMS). The outcome statement reflects the commitment of delegates to agree on a set of common standards for designing and implementing effective GPMS across the Commonwealth.

More than 250 delegates from across the Commonwealth including heads of public service, cabinet secretaries and senior public officials attended the three-day programme, which was organised by the Commonwealth Secretariat under the theme, ‘Frontiers of Government Performance Management: Towards Generally Accepted Performance Principles (GAPP)’. The meeting offered delegates the opportunity to reflect on the current state of performance management of governments in Commonwealth countries and the challenges they face; share solutions, best practices, and available toolkits for enhancing government performance, and further accelerate the implementation of policies towards achieving the 2030 Agenda for Sustainable Development.

The meeting reaffirmed that government performance is essential to better service delivery and the achievement of national development goals, including the 2030 Agenda on Sustainable Development, and that an ‘effective’ performance management system is critical for its implementation.

Delegates also called for continued collaboration and commitment of participating countries to sustain and institutionalise cross-learning, exchange of ideas and experiences in performance management. To achieve this goal, delegates agreed to create a Community of Practice with the support of the Secretariat. This was something that was underscored by the Commonwealth Secretary-General, The Rt Hon Patricia Scotland QC, in her opening remarks on Monday 6 June 2022, where she lauded the unique bond of the Commonwealth family and the need for countries to work together to identify trends and solutions and share experiences to build a prosperous Commonwealth for all.

Prof. Prajapati Trivedi, Special Envoy for SDG Implementation at the Secretariat, who led the meeting, said:

“History will judge the adoption of Generally Accepted Performance Principles (GAPP) by the Heads of Public Service and Cabinet Secretaries as a major turning point in the theory and practice of government performance management.”

In her vote of thanks on behalf of delegates, Mrs Mary Kimonye, Kenya’s Principal Secretary for the Ministry of Public Service, said the meeting was “extremely educative” and highlighted areas for further interventions. She urged delegates to “seize the moment and be the catalysts for better performance and adoption of the Generally Accepted Performance Principles in our respective countries”. Given the Queen’s Jubilee year, participants joined Mrs Kimonye in congratulating Her Majesty for her 70 years of dedicated service not only to the United Kingdom but also to the whole Commonwealth.

In a comment submitted to the Secretariat at the conclusion of the meeting, Mrs Nicole Campbell, Secretary to the Cabinet of the Government of The Bahamas, said:

“The meeting was well organised, very engaging, and informative. The presentations and discussions underscored the importance of Government Performance Management and how critical an efficient and effective performance management system is to service delivery and the achievement of national development goals. Additionally, the efforts of those countries that have implemented a performance management system provided more insight into what is required and will, undoubtedly, inform the undertakings of other countries at their various stages of implementation. The Meeting also provided a wonderful opportunity to strengthen the network of colleague Heads of Public Service and Cabinet Secretaries in The Commonwealth. I extend a special thank you to Professor Trivedi who was an excellent facilitator.”

During the meeting, delegates heard from a distinguished panel of speakers including senior government officials from Kenya, Bhutan, Bangladesh, Barbados, Jamaica, Nigeria, The Gambia, and Rwanda, who presented case studies and best practices from their government’s performance management systems. The Prime Minister of Barbados, The Rt Hon Mia Amor Mottley QC MP delivered a keynote address at the inaugural session of the Meeting.

The biennial meeting was launched in March 2019 and is part of the Secretariat’s mission to work with national authorities across the Commonwealth to uphold transparency and accountability in public services. The adoption of the GAPP principles is a culmination of a long consultative process that began two years ago with the launch of a series of Advanced Online Training Programmes in Government Performance Management run by the Commonwealth Secretariat. So far, more than 2,000 senior officials and public servants from 44 Commonwealth countries have benefitted from this programme.

The meeting outcomes will also inform the policy agenda for the upcoming Commonwealth Heads of Government Meeting (CHOGM) and will also be shared with other stakeholders for possible partnerships and collaborations.

Commonwealth to host conference on tackling cybercrime in Pacific 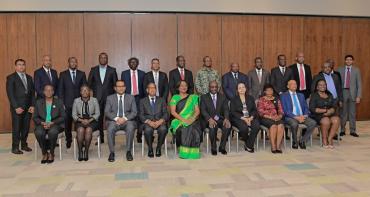 Capacity development and collaboration critical in the fight against corruption