We assist member countries to sustainably manage their natural resources, in the ocean and on land.

When managed equitably and sustainably, the exploitation of natural resources bolsters national resilience to economic and social crises, improving prosperity for all citizens.

The Commonwealth Secretariat assists its member countries to sustainably manage their natural resources, in the ocean and on land, for the benefit of current and future generations. We provide technical assistance and support member countries in the development of policies, laws, design of fiscal regimes and strengthening national institutions as they seek to implement the Sustainable Development Goals.

The programme is delivered through direct advisory support, capacity building and collaborations.

The Commonwealth Blue Charter is an agreement by Commonwealth countries to actively cooperate in addressing the myriad of ocean-related issues and commitments that they face. The world’s ocean is essential to life on our planet. Billions of people depend on it for their livelihoods. Yet human activity is increasingly putting the health of this crucial natural resource in peril. Blue ecosystems are being degraded and destroyed at an unprecedented rate and this is not an issue any single country can solve.

Legal uncertainty on the extent of maritime jurisdiction and entitlements impacts a coastal state’s ability to manage its marine resources and can lead to conflict over access to resources, stifle investment, and hinder marine environmental protection and the development of alternative energy sources. Lack of clarity over entitlements to resources and inadequate management frameworks can also undermine the economic potential of the seas for sustainable exploitation and management of fisheries, tourism, minerals, marine renewable energy and marine biotechnology.

Reaching permanent or provisional agreement on overlapping entitlements allows for the continuation of economic activity, and in the face of rising sea levels, securing maritime boundaries and giving due publicity to these limits provides international recognition against the impacts of ocean related climate change.

Under the 1982 United Nations Convention on the Law of the Sea, many coastal Commonwealth member states are entitled to increase their maritime zones space and make extended continental shelf submissions. For nearly three decades the Secretariat has provided advice to member countries to help them exercise their rights under international law. Over this period, we have provided legal and technical support to more than 30 countries.

However, some of our smallest and most vulnerable states have yet to agree on maritime boundaries with their neighbours. In the Pacific region alone, national entitlements overlap in at least 48 marine areas. Only 21 are covered by treaties. Of the 51 extended continental shelf submissions lodged with the UN up to December 2014, 17 were prepared with our support. Commonwealth member countries have successfully secured more than 1.8 million square kilometres of seabed with our assistance - with more still to be claimed at the United Nations.

Under international law, coastal states have jurisdiction, control and responsibilities regarding economic activities within waters extending 200 nautical miles and beyond from their coastlines and on their continental shelf. For some Commonwealth coastal states, this jurisdiction far exceeds their terrestrial areas.

The growing popularity of terms such as ‘Blue Economy’ and ‘Blue Growth,’ and the inclusion of a United Nations Sustainable Development Goal devoted to the oceans (SDG 14) reflect international recognition of the value of the ocean as a potential source of expanded economic growth.

For more than a decade, the Oceans and Natural Resources Advisory Division has been a primary partner in the acquisition and management of greater areas of maritime space, developing Blue Economy/Blue Growth approaches among coastal member states and contributing to wider recognition of the concept as a mechanism for realizing sustainable growth centred on an ocean-based economy.

We promote knowledge exchanges and provide targeted advice and assistance to member countries on the development of legal and regulatory frameworks including ocean policies and strategies for tackling increasing threats to ocean health and the sustainable use of ocean resources.

We support member countries in building resilience and unlocking the value of the blue economy by promoting principled ocean governance focused on integrated management of oceans taking into account economic, social and environmental factors.

If managed properly, the extractives sector is one of the few economic sectors which can, on its own, lift a country out of underdevelopment. Unfortunately, many resource-rich countries have suffered from the ‘resource-curse’ where development of the sector has been associated with poor economic and development outcomes including high levels of corruption, conflict and environmental problems. Whilst there are many contributing factors to this, it is widely acknowledged that its effects can be minimised when there are good policies, robust governance and effective institutions to ensure that the sector is developed in a sustainable manner. For over 30 years, the Commonwealth Secretariat has been assisting member countries on

Governments often need advice on specific niche areas or issues rather than a full review of sector policies and regulatory arrangements – examples of such support are investment promotion and bid round preparation, negotiation and dispute resolution, and coal-bed methane frameworks. In addition, we also provide advice concerning the development of wider-energy sector policy and regulatory frameworks including implementation of renewable development strategies and programmes as well as negotiations of independent power projects.

We are a source of world-leading expertise concerning the development of regulatory and financial frameworks for the emerging deep-sea mining industry. Deep-sea minerals, containing metals such as copper, nickel, cobalt, gold and rare earth elements, are found in the deepest and most under-explored parts of the Earth.

Deep-sea mining is a new frontier: generating commercial and public interest, but not yet an operational industry, largely due to technical and economic constraints. It is unusual for a sector to receive so much attention before it has commenced operation, and this provides an exciting opportunity for Commonwealth member countries to put in place best-practice regulatory and fiscal policies and laws at the outset.

The Secretariat’s work aims to assist Commonwealth governments to take informed, consultative, science-based decisions about whether to engage with deep-sea mineral activities, and to manage any such future activities in accordance with progressive and high ‘good governance’ standards.

The technical assistance provided by the Secretariat’s experts in this area is grounded in sustainable development and Commonwealth Charter principles, which specifically recognise the importance of maintaining ocean health and the rights of citizens as resource owners.

We also engage with international organisations, specialist think-tanks, and regional agencies to foster knowledge-sharing and to develop and promote international best practices and standards Some key collaborations are

Since 2012, the Commonwealth Secretariat has been working in collaboration with Chatham House and the Natural Resource Governance Institute to establish the New Producers Discussion Group. At its core the Group is a knowledge and experience sharing platform that brings together officials from countries with a new or emerging petroleum sector to discuss challenges, strategies and governance frameworks for sustainable exploration and development of their oil and gas resources.

Over 30 countries are currently involved in the group of which over half are Commonwealth member countries.

The Organisation for Economic Co-operation and Development (OECD) Natural Resources Policy Dialogue (NR-PD) feeds into other international processes such as the 2030 Agenda for Sustainable Development, the G20 Development Working Group and the G20 Anti-Corruption Working Group.

The NR-PD provides a platform for producer countries, private sector, development agencies, think-tanks and civil society to craft innovative collaborative solutions and share best practices in order to address the complex multidimensional challenges of the extractives industry’s contribution to the Sustainable Development Goals.

The NR-PD is framed around four Work Streams (1) shared value creation, (2) getting better deals, (3) revenue management and spending, and (4) tackling base erosion and profit shifting and corruption

See all trade and economy programmes 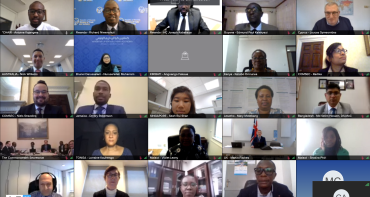 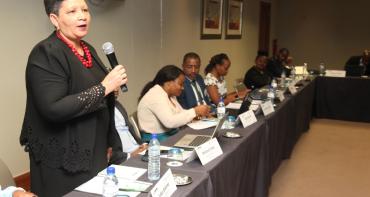