Vanuatu is a double chain of 13 principal and many smaller islands in the south-western Pacific Ocean. The islands are volcanic and coral in origin. They lie about 800 kilometres west of Fiji and nearly 1800 kilometres east of Australia. Around 65 of the islands are inhabited. Vanuatu has mountains and plateaus but is more famous for its coastal terraces and coral reefs.

In October 2017, the Commonwealth Elections Professionals Initiative worked with the Vanuatu Elections Office. Most participants agreed the training had improved their skills and career progression in elections management.

In January 2019, the Commonwealth Small States Office at Geneva helped Vanuatu with its report on human rights in the country under the United Nation’s Universal Periodic Review (UPR) process.

In March and April 2019, the Commonwealth helped Vanuatu take part in talks on preventing violence against women, and submitting reports to UN treaty organisations.

The Secretariat supports Vanuatu to deliver climate action by building its capacity to access international climate finance through the Climate Finance Access Hub and supporting the development of robust climate policies.

The Secretariat will work with Vanuatu to help early childhood education using the Commonwealth toolkit on this topic.

In March and April 2019, the Secretariat helped Vanuatu reform its petroleum and mining sector to promote more sustainable development.

Vanuatu co-champions the Action Group on tackling marine plastic pollution – the Commonwealth Clean Ocean Alliance (CCOA), with the United Kingdom. Vanuatu and the UK have so far rallied 27 member states to join the Action Group.

Vanuatu was one of the first countries in the world to implement a ban on single-use plastic bags, straws and polystyrene food containers in July 2018.

Vanuatu is also a member of the Marine Protected Areas and Mangrove Ecosystems and Livelihoods Action Groups. 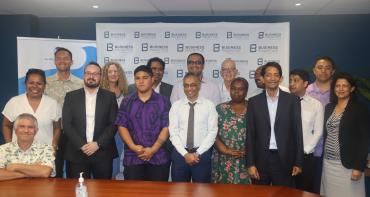