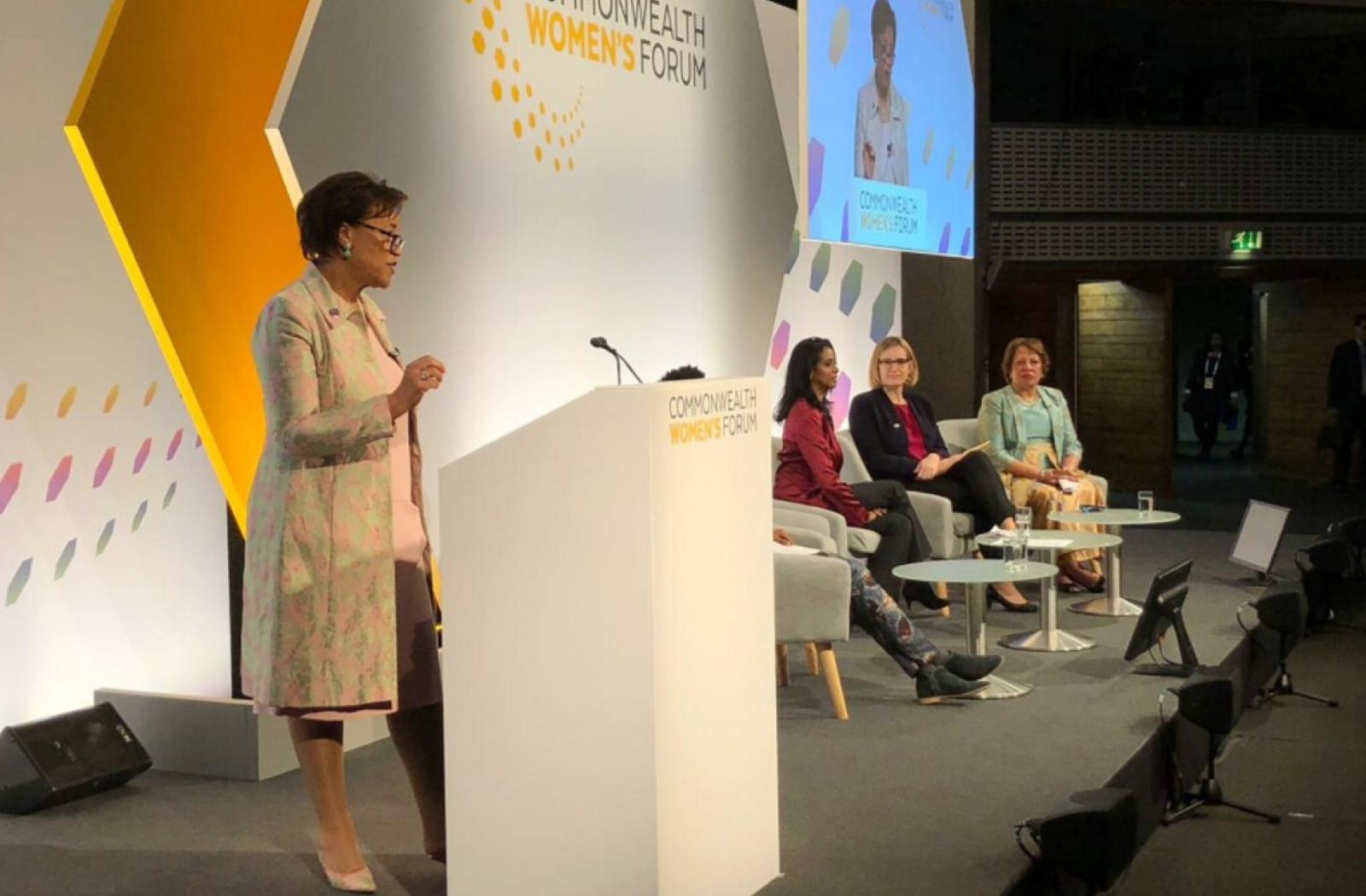 Hundreds of women and men joined forces at the opening of the Women’s Forum this morning to demand action on women’s rights ahead of the Commonwealth’s leaders’ summit.

Representing the full breadth of the Commonwealth, their languages and clothing reflected the diversity that defines the 53 Commonwealth countries. But they spoke with one passionate voice, joining Secretary-General Patricia Scotland in the 70s sisterhood anthem ‘we are family’ and demanding that the prime ministers and presidents who lead the Commonwealth put policies in place to end discrimination and remove the barriers that impede women’s progress.

Opening the Forum, Commonwealth Secretary-General Patricia Scotland - the first woman to hold the post - pledged to put gender at the centre of the organisation’s efforts to help countries meet their development goals.

Commonwealth priorities, she said, includes improving women’s political participation, adding, “every time I look at an empowered group of women I remember what my mother said. She said, we don’t let men do anything else on their own, so why let them run the world?”

The Secretary-General also spoke about tackling the scourge of domestic violence through advocacy and technical assistance.

“’Peace in the Home’ is vital to the safety and wellbeing of women and girls, and ending the mental and physical suffering and pain that limit opportunity and fulfilment. This brings special meaning to the ambitions set for CHOGM 2018 and these Commonwealth Forums.”

Under the theme ‘An Empowered future for Women and Girls’, the forum is also addressing business opportunities for women, getting more women into political leadership, education, women’s roles in preventing violent extremism and ending child and forced marriages and female genital mutilation.

The UK’s Home Secretary and minister for Women and Equalities, Amber Rudd, also spoke at the opening.  She reiterated the UK’s commitment to champion equality for all women and girls, improve their economic and political prospects and tackle domestic violence through legislations and support for victims.

Contributing remotely, UN Deputy Secretary General Amina Mohammed condemned the “inexcusable and unjust 23 per cent” pay gap between women and men. The Commonwealth, she said, “has a key role to play in driving progress to meet the goals we have set.”

Promising to work in close partnership with the Commonwealth, she added, “Today, together, we have an opportunity to change the cultures that enable violence, to accelerate our efforts to achieve the Sustainable Development Goals, and to deepen the understanding of the wide-ranging benefits of women’s empowerment across all realms of our societies.”

The speeches concluded with a powerful presentation from Zeleca Julien, a board member of Trinidad and Tobago’s rights and advocacy group, I am One. Recounting the trauma and abuse she suffered as a child, she spoke about her passion to end the outrage of violence against women and end discrimination against lesbian, bisexual and transgender women. Calling for policy reform, research and advocacy, she shared successful approaches in the Caribbean.

She cautioned the delegation, “No majority group has ever kindly given freedom or rights to any minority, we have always had to fight for it.”