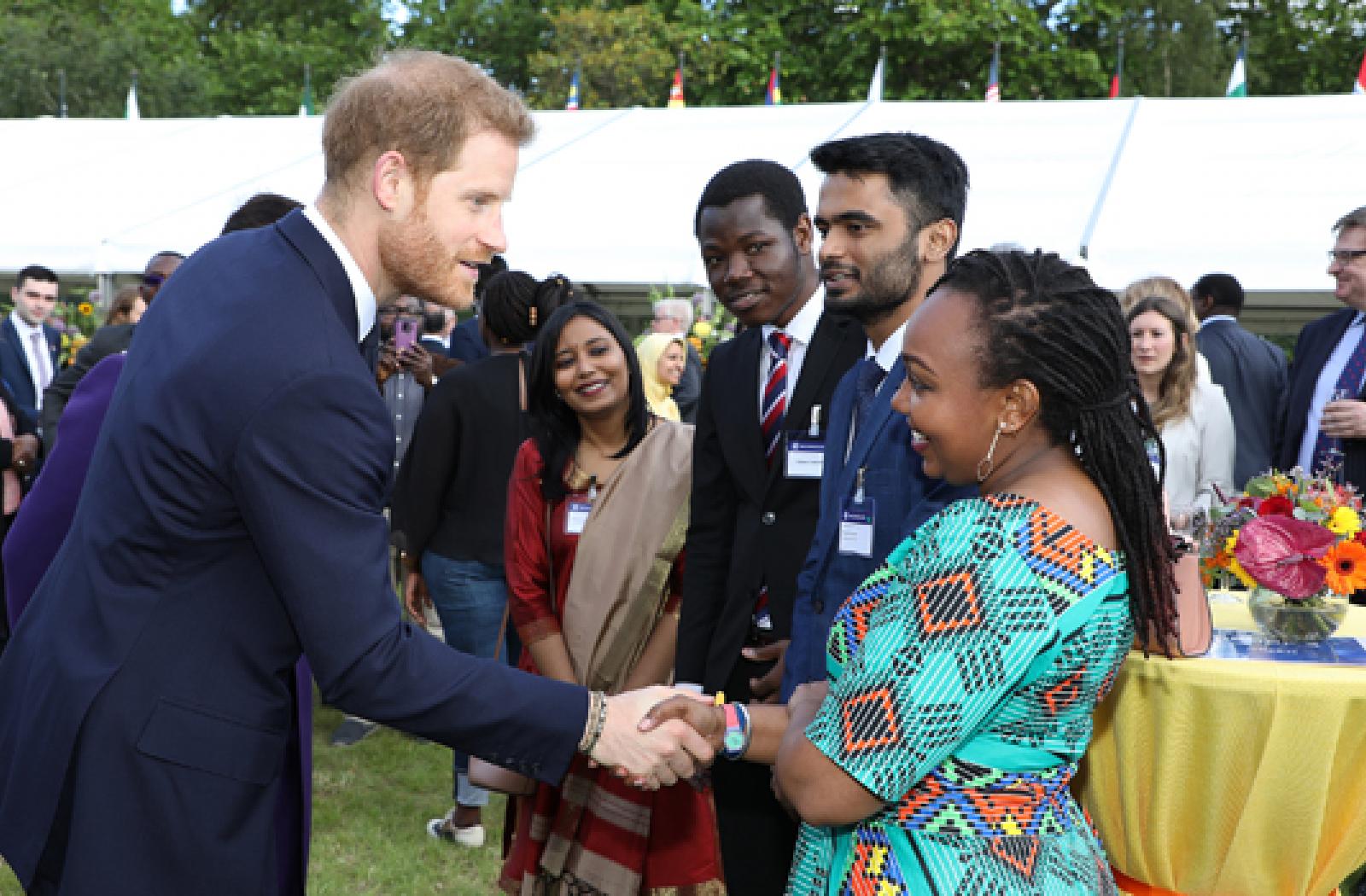 The Duke of Sussex has today presented special prizes to innovators in international development at a garden party celebrating the Commonwealth’s 70th anniversary.

The Duke of Sussex has today presented special prizes to innovators in international development at a garden party celebrating the Commonwealth’s 70th anniversary.

A campaigner against gender-based violence, an inventor of life-saving medical devices and the boss of a pioneering recycling company, were among the recipients of the Commonwealth's Innovation for Sustainable Development Awards.

Fifteen winners were selected by an independent jury, based on the impact or potential of their innovations to advance one or more of the 17 Sustainable Development Goals.

Prince Harry, Commonwealth Youth Ambassador, gave each of them a trophy, a certificate and a £2,000 prize. Prince Harry then spoke to winners and young people from across the Commonwealth.

Commonwealth Secretary-General Patricia Scotland said: “I hope you are as impressed as I am by the talent that is mobilised and multiplied through Commonwealth connection.

“There are also many other inventors and innovators of all ages in every country and community of the Commonwealth and it is they who drive us on towards a future of health, hope and harmony.”

It is hoped the competition will help shine the spotlight on revolutionary ideas that could improve prosperity, protect our planet, promote peace and justice and encourage partnerships in the Commonwealth.

Winners included Leilua Lino from Samoa, who overcame her own personal trauma to share her story to support victims of sexual abuse. Nitesh Kumar Jangir, from India, co-founded a medical device company designed to prevent deaths in the field of emergency and critical care.  Rosette Muhoza, from Rwanda, co-founded a social enterprise that ensures environmental sustainability through recycling plastic waste into construction materials.

A visibly-excited winner, Joanna Ewart-James, said the award signifies that ending modern slavery is a priority for the Commonwealth.

Fellow winner and company CEO Elizabeth Kperun was chosen for her idea to simplify learning for African children and young adults by creating mobile applications and video content which educated them in their native languages.

She said: “This award will give us more visibility. It goes a long way towards helping us achieve our objective of making education more accessible for under-privileged kids in Africa.”

This is the first year of the awards, which were open to all citizens and organisations of the Commonwealth’s 53 countries.

Rosette Muhoza, Rwanda
My Green Home is a social enterprise that is addressing the challenges of urban waste management, promoting green cities and fighting climate and plastic pollution through recycling.

Christopher Nesbitt, Belize
Maya Mountain Research Farm’s primary innovations include the use of tropical staple food trees in the agroforestry system, the application of biochar from crop residues to premium cultivars of cacao, turmeric, vanilla, and timber with cooperative family labour as the economic driver.

Chukwudi Anyanaso, Nigeria
The People and Planet Life Foundation focuses on the need to tackle extreme rural poverty and hunger among female and small scale farmers by boosting agricultural production to support self-sustaining growth and employment.

Elizabeth Kperrun, Nigeria
Zenafri simplifies learning for African children and young adults by creating mobile applications and video content that educate them in their native languages and in contexts they understand. This also teaches children across the world about Africa’s culture, history, languages and heritage. With a focus on early education and gender, the applications have already been downloaded over 120,000 times with 2000 people using the apps every single day.

Nitesh Kumar Jangir, India
Saans is a neonatal breathing support device for low resource settings, with multiple powering options, which maintains respiration and oxygenation in premature neonates with RDS (Respiratory Distress Syndrome) by providing constant airflow and pressure to keep the lungs open during transport to a tertiary care setting.

Ata Ul Haq, Pakistan
Youth Association for Development Pakistan promotes women’s empowerment and peace through its 4Ps philosophy (Peace, Promotion, Prevention and Protection). The project has influenced policy change to legally safeguard the women and girls who have been affected by sectarian conflict.

Leilua Lino, Samoa
Leilua was raped by her own biological father at age 9 and was evacuated under Samoa Victim Support Group’s (SVSG) shelter and care in 2011.

In 2018 she walked tall to court and achieved justice against her father who is now imprisoned for 29 years.

Following her traumatic experience, she created a Peace Garden in 2017 as her way of healing from her experience of gender based violence. To date the Positive Movement has reached 20,000 children.

Franca Ma-ih Sulem Yong, Cameroon
With studies linking social media use to increased rates of anxiety and depression, Franca Ma-ih Sulem Yong started the DigCit SDG project to direct young people’s energy towards positivity by encouraging them to use these same tools used for negativity towards contributing to the SDGs.

Joanna Ewart-James, United Kingdom
The Commonwealth Human Rights Initiative (CHRI) has been advocating for the Commonwealth to take effective measures to achieve SDG8.7 since 2016 across the Commonwealth. SDG8.7 which aims to eradicate forced labour, end modern slavery and human trafficking and secure the prohibition and elimination of the worst forms of child labour, including recruitment and use of child soldiers, and by 2025 end child labour in all its forms.

Mohamad Shafie Taib, Malaysia
The Malaysian Government set a target of 45% carbon reduction for each State. Melaka supports Malaysia’s Vision 2020 to be a high income low carbon developed nation with a minimum GDP per capita of USD15,000 by the year 2020.

The programme’s goal is to institutionalise the use of day-to-day green technology in non-urban communities so that green living permeates all levels of Melaka society to consistently preserve the environment, instil the culture of low carbon living and manage solid waste sustainably. 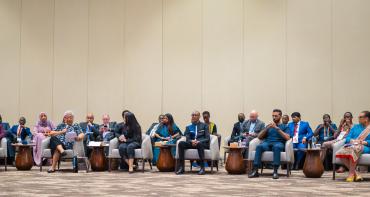