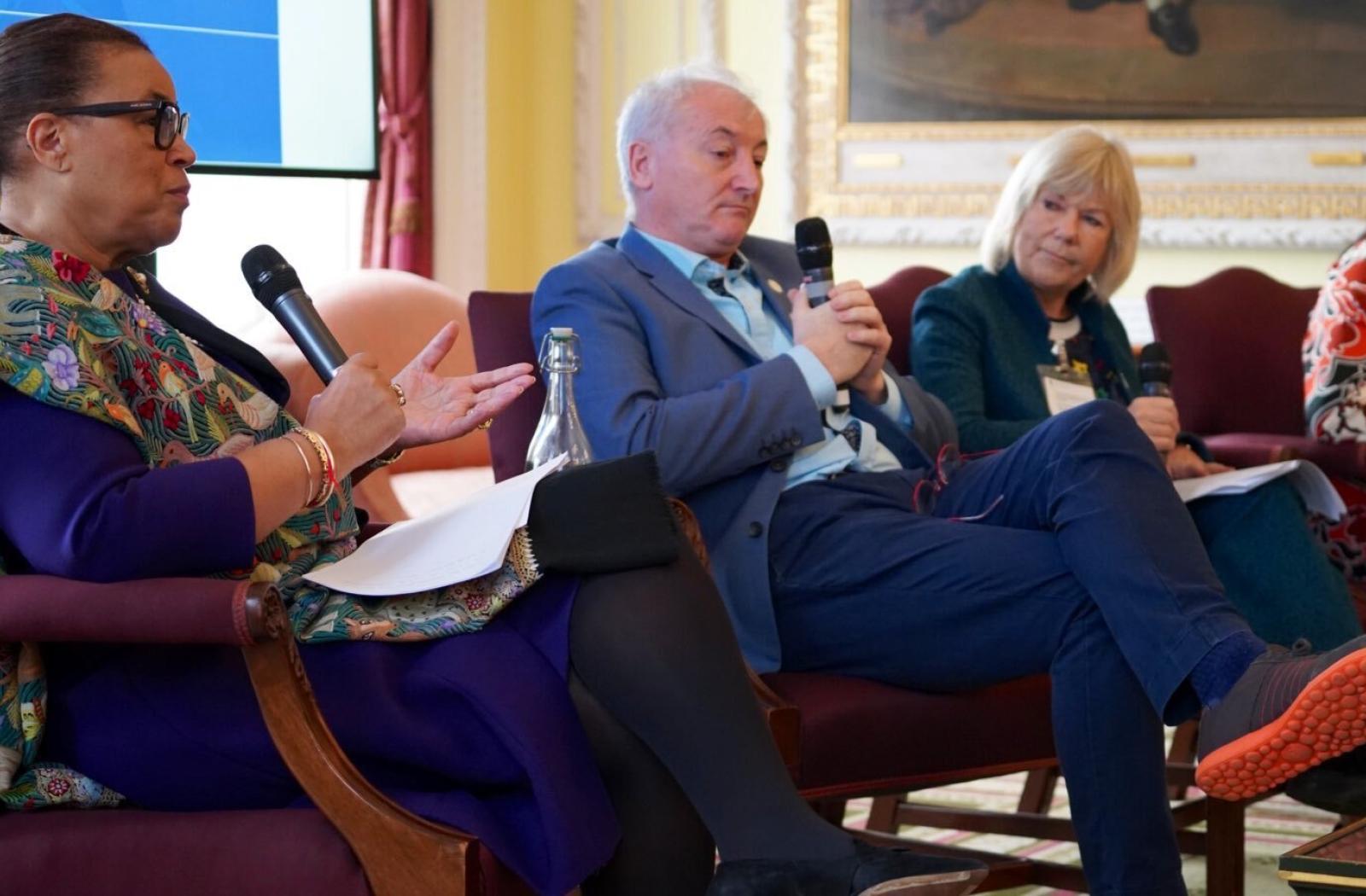 The Commonwealth Secretary-General made an urgent appeal to everyone to take personal responsibility in putting an end to violence against women and girls.

Doing so, she mentioned, was in everyone’s moral and economic interest as their collective inaction contributes to one in three women suffering from sexual and physical violence and the global economy losing $1.5 trillion every year.

Secretary-General the Rt Hon Patricia Scotland KC was speaking yesterday at a gathering of high commissioners, survivors, business leaders and women’s rights campaigners, hosted by the Commonwealth Secretariat shortly after International Day for the Elimination of Violence Against Women and Girls. The gathering aimed to highlight cross-sectoral good practices, including legal, judicial, health and education measures, that could be used to tackle one of the most pervasive human rights violations.

Addressing the gathering, Secretary-General Scotland, who has made ending violence against women and girls a key focus of her leadership of the Commonwealth, said:

“Around the world, women and girls are suffering from lifelong trauma as a result of physical and sexual violence. Yet this cruel reality is preventable. Each one of us must choose to take personal responsibility to bring an end to this hidden pandemic.”

“It is not only morally right but also economically beneficial,” she added, “The consequences of violence, such as burdened health services and lost productivity, add a significant cost to society and the economy, which affects all of us. No one should say that violence against women is not their business. Now is the time for coordinated action at the individual, community and national levels to put out the wildfire of violence and sow the seeds of lasting peace for all.”

The Secretary-General invited everyone to join the Commonwealth Says NO MORE campaign, which offers a series of culturally sensitive toolkits to businesses, non-profits and grassroots leaders to engage whole communities in addressing the root causes of violence such as toxic masculinity. 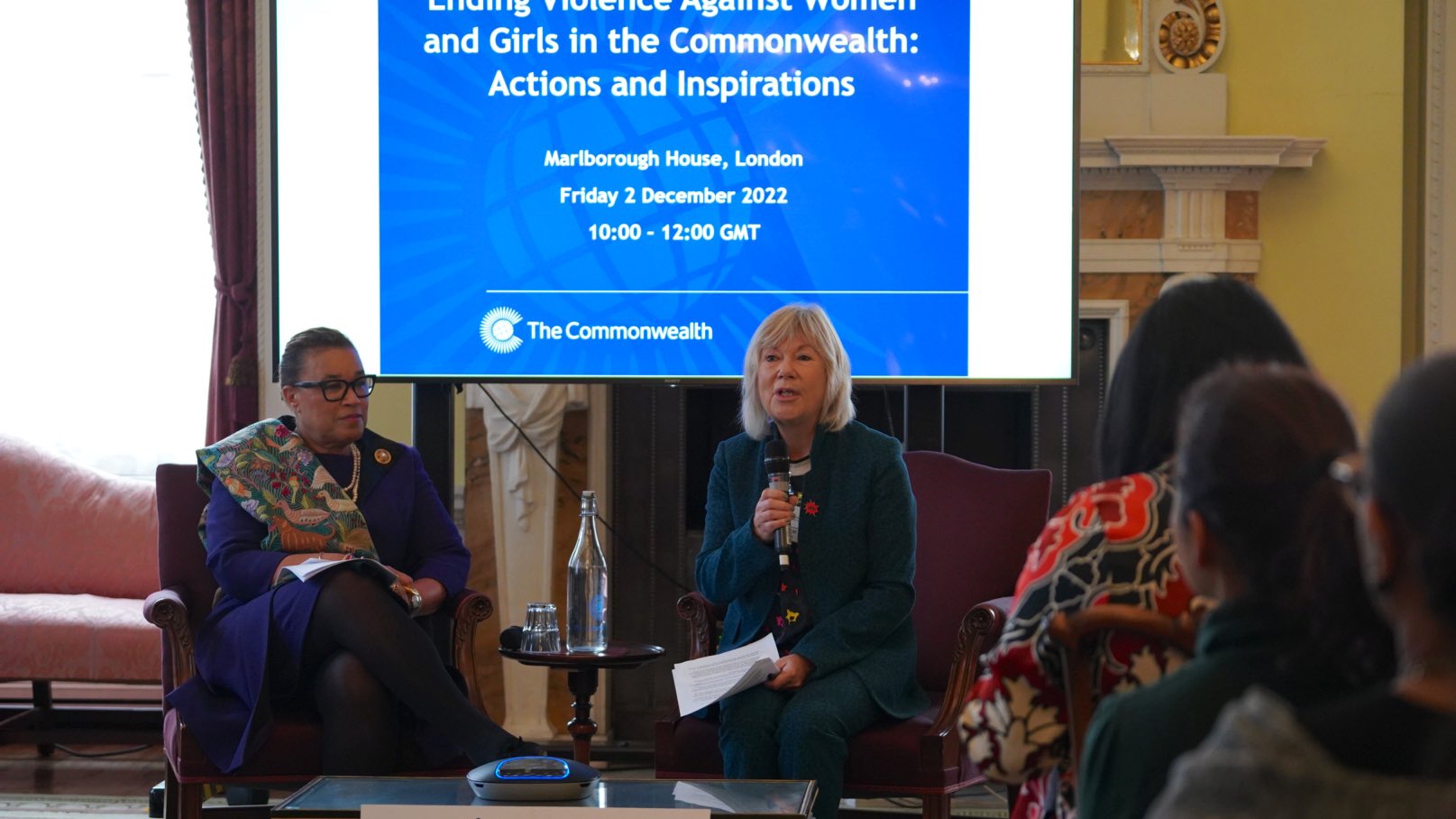 “Alongside the advocacy campaign”, she added, “The Commonwealth has launched a pioneering methodology to help countries measure the economic cost of violence and map systemwide responses to bring down the cases and cost of violence. I know this works because, as a UK government minister, I chaired an inter-ministerial group on ending violence against women.

“By working together with hospitals, government services and law enforcement agencies, we were able to bring down cases by 64 per cent and save £7.1 billion in economic costs. I am determined to see this joined-up response adopted across the Commonwealth.”

Moderating the discussion with the Secretary-General, Jude Kelly CBE, Founder of the WOW Foundation, said the Commonwealth’s top-down leadership on this issue shows that it is not afraid to raise the carpet on violations that have previously been kicked under. She continued: “That truthfulness, that candidness and that clarity about a systemic problem will give people the courage and the stamina to move forward.” 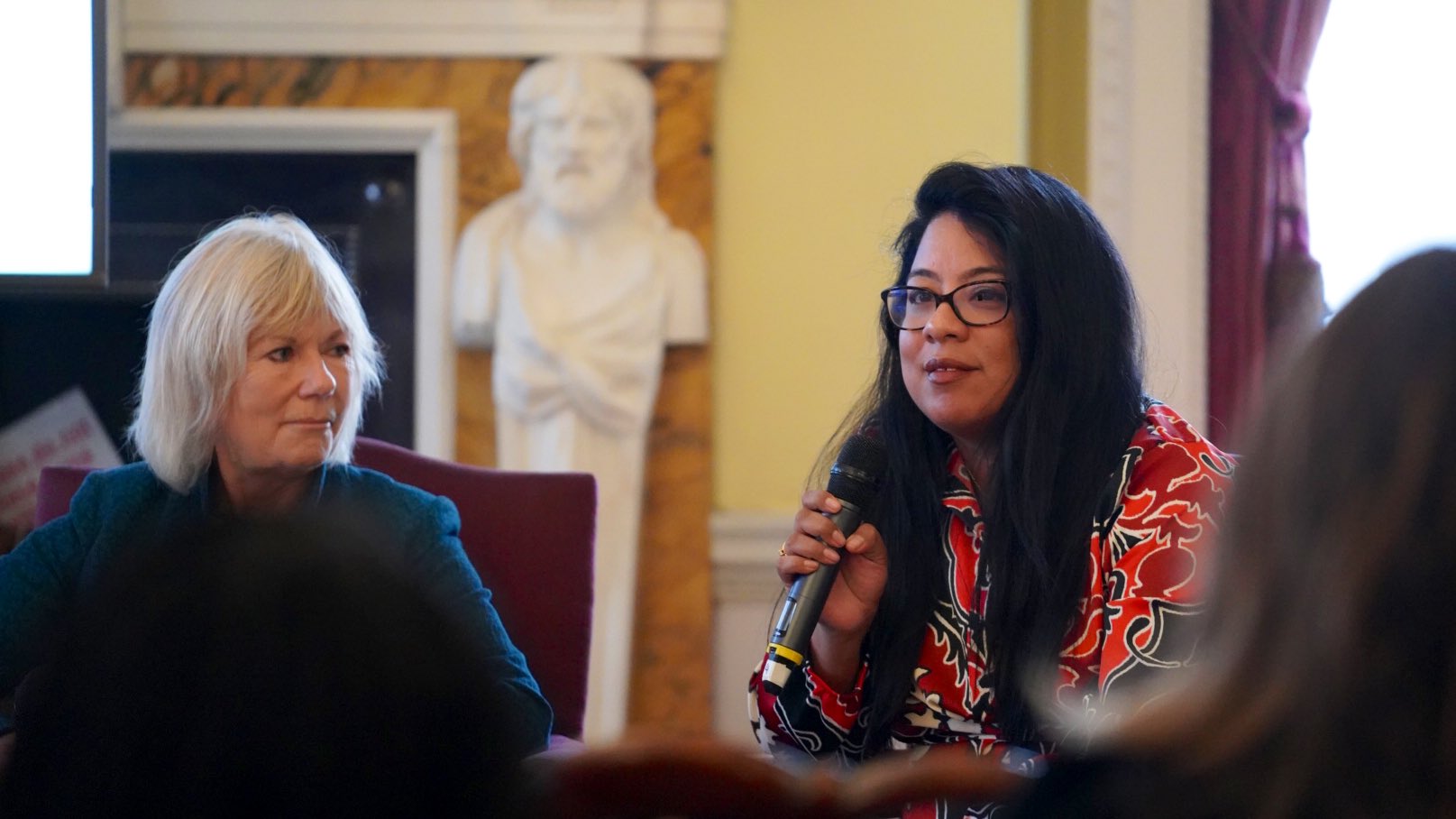 In a video message to the gathering, Hon Marie-Céline Zialor, Seychelles’ Minister of Youth, Sports and Family, highlighted the importance of educating men to deal with their negative emotions. She said:

“Research shows that violence often occurs when men do not have the education and tools to gear their negative emotions towards something that is not a living being, such as exercise or meditation. We must teach our future generations how to deal with this.”

The gathering also featured discussions on practical actions from NO MORE chapters in the UK and Cyprus which could affect positive changes in other communities.