Commonwealth ministers set out plan for implementation of leaders’ mandates 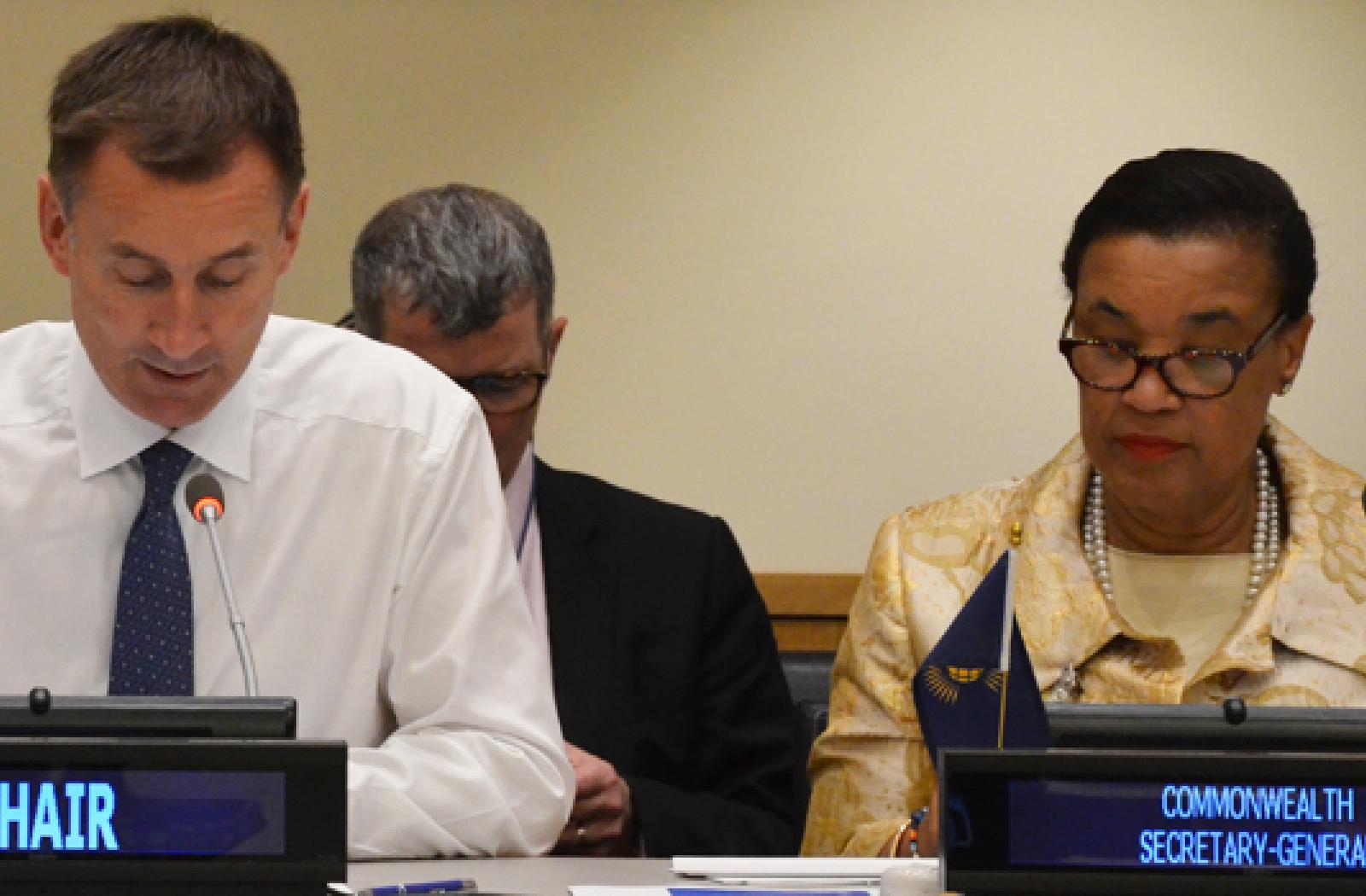 Foreign affairs ministers have reiterated their commitment to work with the Commonwealth Secretariat to deliver the range of initiatives agreed at the Commonwealth Heads of Government Meeting (CHOGM) in April, 2018.

Chaired by Jeremy Hunt, the United Kingdom’s Secretary of State for Foreign and Commonwealth Affairs, the Commonwealth Foreign Affairs Ministers Meeting (CFAMM) was held in the margins of the 73rd United Nations General Assembly.

Ministers reflected on CHOGM themes of a fairer, more prosperous, more sustainable and more secure future. They examined progress made with the implementation of leaders’ mandates. These include boosting trade and investment through a connectivity agenda to support global growth, create employment and promote sustainable development, and addressing climate change through initiatives such as the flagship Commonwealth Blue Charter programme, set up to protect our ocean from the effects of climate change, pollution and over-fishing.

“This meeting of foreign ministers is a testament of the power of multilateralism in a week at the United Nations General Assembly where the big question of the value of multilateral organisations was asked and answered,” said Commonwealth Secretary-General Patricia Scotland.

She continued, “Clearly countries have seen for themselves the great socio-economic benefits of their Commonwealth membership: the convening power, comraderadeship, cooperation and the pool of resources to help them achieve their SDGs.

“During our meeting yesterday, ministers welcomed the shift in our technical assistance from guidelines that say what needs to be done to tool kits that say how it can to be done. Since I took office in 2016, the Commonwealth Secretariat has as seen its governance rating catapult from a C to remarkable A+. This is a credit to the hard working Secretariat team and to the governments and partners who have supported us.”

The Secretary-General added, “Yesterday, I saw a real recognition of the great value of the Commonwealth Secretariat and the impact it is having, and a strong commitment from ministers to continue supporting it.”

Ministers at CFAMM also endorsed a statement by the Commonwealth Ministerial Group on Guyana - a select group of foreign affairs ministers with a mandate from Commonwealth Heads of Government to monitor developments in respect of the existing border controversy. The Group welcomed the step by the Government of Guyana to pursue a judicial course of action as the means through which the border controversy can be permanently resolved and reiterated the Commonwealth’s unequivocal and collective support for the maintenance of the sovereignty and territorial integrity of Guyana.

During her week at UNGA, Secretary-General Scotland also hosted a meeting of the Commonwealth Ministerial Action Group (CMAG), a group set up by leaders to provide support to member states with their efforts to uphold the Commonwealth’s shared values and principles. The Secretary-General updated ministers on her ongoing good offices engagements in support of member countries’ efforts to promote sustainable peace and development.