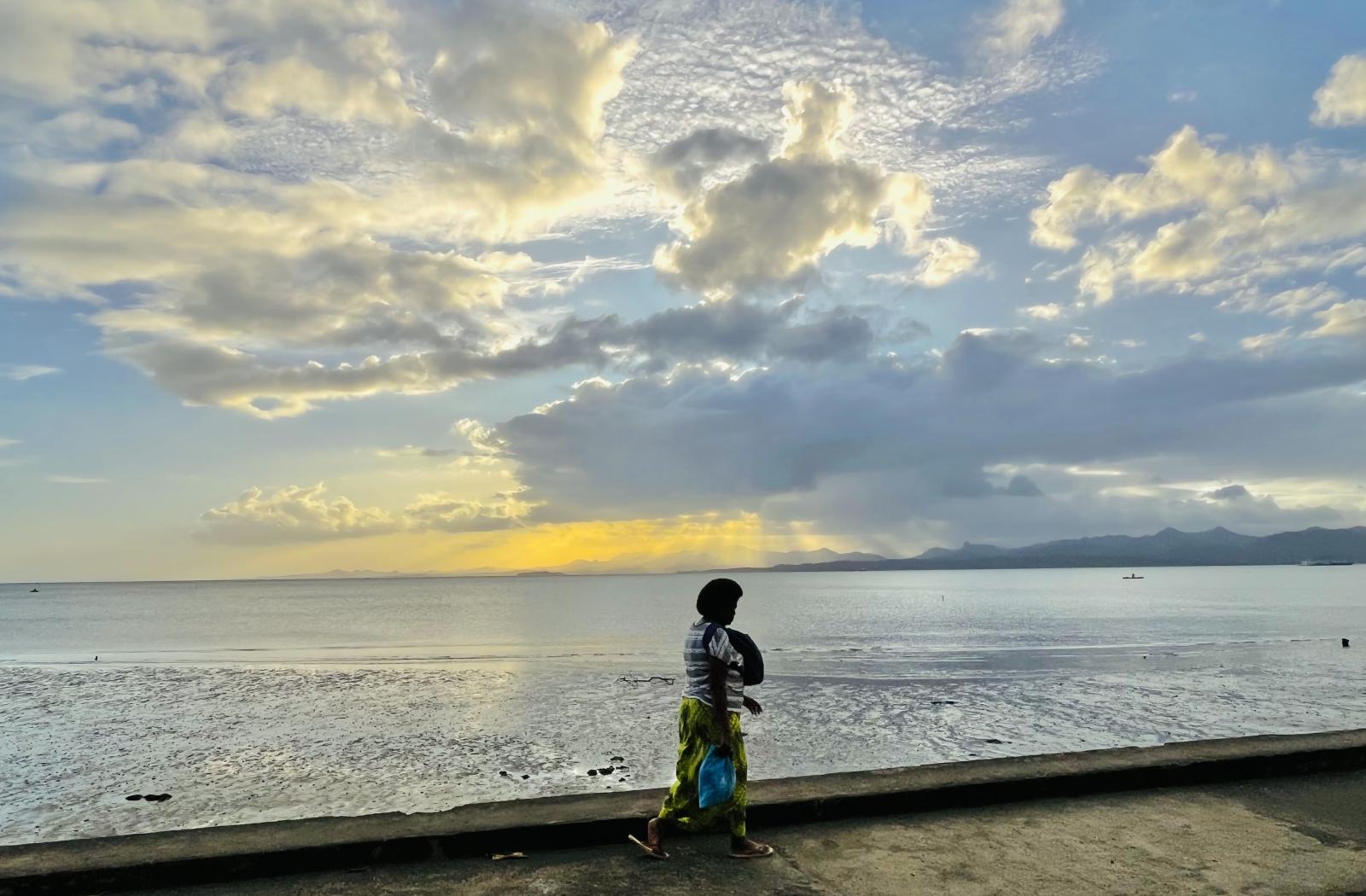 With 333 islands, Fiji is known to travellers from around the globe as a tropical paradise ideal for a romantic getaway, an adventure-packed escape or care-free walks on the beach. However, this dreamy exterior masks a sobering truth: Fiji, its people, flora, and fauna are already suffering from the effects of climate change, whose impacts threaten the future of these magical islands.

In 2021, Fiji was ranked globally among the top 15 countries with the highest disaster risk, a situation that will worsen as climate impacts intensify. More than 675,000 Fijians or around 75% of the total population are coastal dwellers with total dependence on the coastline.  This exposes them to the worst impacts of sea level rise causing coastal erosion, saltwater intrusion into drinking water and frequent flooding at high tide.

Recurring and intensifying extreme weather events such as tropical cyclones and storm surges are repeatedly destroying vital public infrastructures such as electricity and water stations, roads, schools, and hospitals. For instance, Tropical Cyclone Winston in 2016 incurred US$1.3 billion in economic losses, including US$700 million in damages US$600 million in losses.

Sea level rise, coastal erosion and seawater intrusion in particular, all act as key displacement factors. In fact, research shows that the most prevalent reason for relocation in Fiji is sea level rise (45%), followed by coastal floods (41%) and intense cyclones (12%).

In 2012, the residents of Vunidogoloa (26 homes and 140 people) became the first inhabitants of Fiji to be relocated owing to significant saltwater intrusion and regular floods. Three communities in the country have now been moved and a further 40 are waiting to be relocated because of the impacts of climate change.

Yet, although it is often one of the most successful adaptation techniques now available to coastal towns, most communities view relocation as a last choice. Many experience emotional and mental stress as well as a loss of identity when displaced from their homes or roots. This is particularly the case for indigenous people who place a deep cultural value on traditional and ancestral lands.

“The decision to relocate a Fijian community may seem like an easy one, but abandoning your home isn’t some cold and calculated business decision – for those affected it’s a deeply emotional loss…

“[But] they have no choice – it is a matter of survival.”

Turning to nature for solutions

In response to the threat they are facing, Fiji is ramping up its climate actions. In 2021 Fiji published the ground-breaking Climate Change Act – a binding piece of legislation that sets a framework for developing and implementing clear and long-term climate change measures and policies that will safeguard the future of Fiji and its people, ecosystems and biodiversity in the face of the climate emergency.

This includes turning to nature for more sustainable solutions to some of the country’s most pressing problems. Historically, "grey" or "hard" infrastructure solutions, such as man-made concrete seawalls or engineering structures made of steel, have dominated attempts to mitigate the effects of environmental disasters and manage water resources.

However, there has been a recent movement in attention toward “nature-based solutions” to deal with water resource management, natural disaster risk reduction, and climate change adaptation. 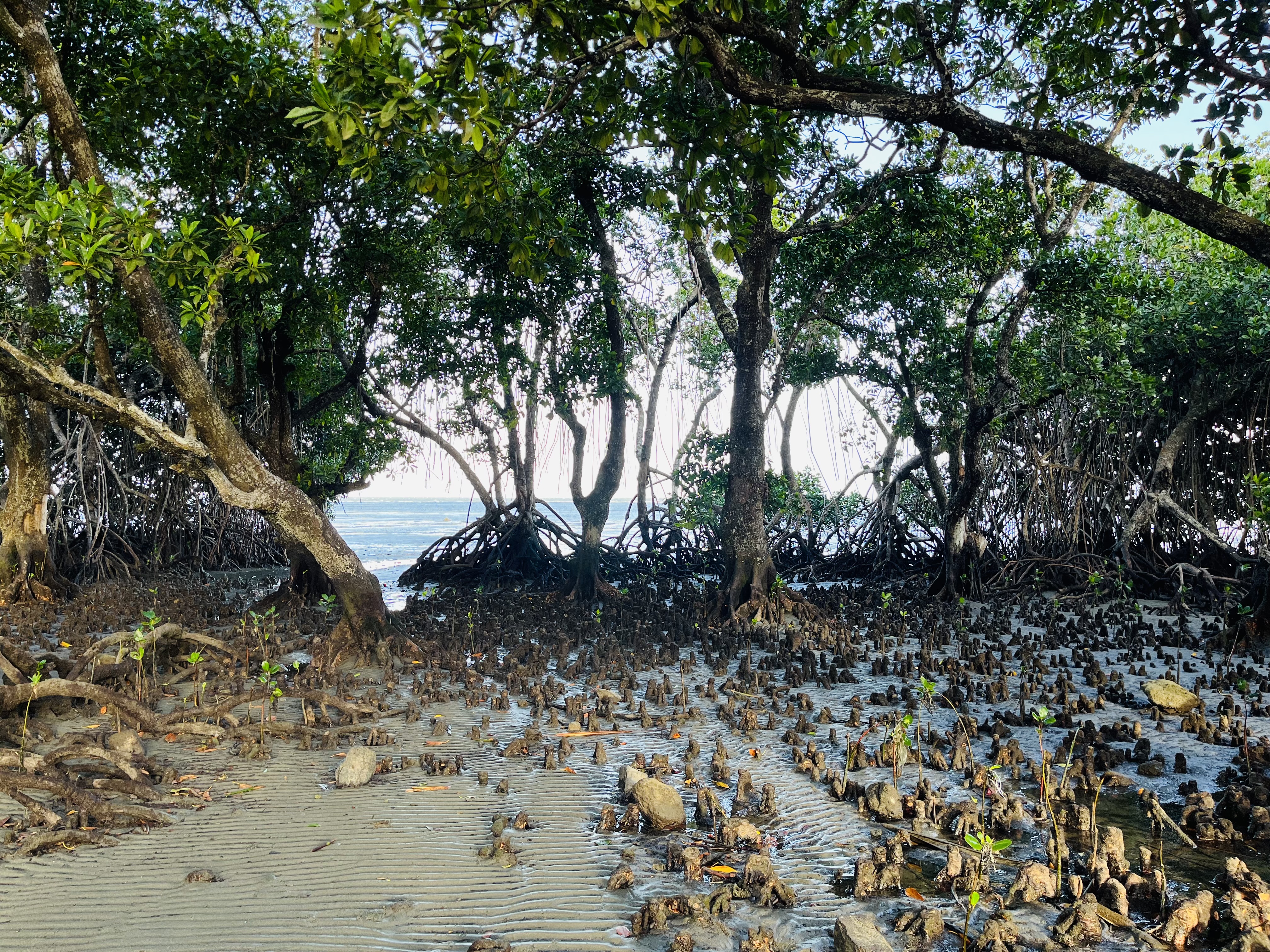 Nature-based solutions (NbS) simultaneously benefit people and nature. The IUCN describes them as actions to protect, sustainably manage and restore natural and modified ecosystems, that also address societal challenges effectively and adaptively. One example is the restoration of ecosystems such as mangrove swamps and marshes in coastal communities.

The restoration efforts do not only mitigate the damage caused by waves and storm surges, they also improve fisheries, bring back lost biodiversity and boost carbon sequestration.

Fiji’s nature-based seawalls are a prime example of NbS. To enhance their climate resilience, the Government of Fiji is planning over a dozen nature-based seawalls in various vulnerable coastal communities across the country. The Ministry of Waterways is undertaking such a project in Dakuinuku village in Tailevu. It is an inclusive community-led project where the village provides consent to use natural boulders sourced from their mataqali land (landowning clan) including support from women, children, and the indigenous elderly.

Communities are well-trained and consulted about the project beforehand and extensive consultation, site surveys and baselining take place. These consultations and workshop training helps community members to enhance their knowledge of the project and explore ways to maintain the seawall after project completion.

The Ministry of Waterways further provides the communities with a community-based vetiver and mangrove nursery, which prevent soil erosion around agricultural land and create further ecosystems around coastal zones. In many project sites, the villages use the nurseries later for the prevention of landslides, bank protection and general upkeep of the constructed nature-based seawall.

This nature-based seawall initiative has the potential to turn the herculean task of dealing with the impacts of sea level rise in Fiji, into a huge opportunity for governments, bilateral donors and the private sector to work together towards a cost-effective solution that builds community resilience and increases carbon storage.

However, while there is rapidly growing interest and awareness about nature-based solutions for adaptation, this has not yet been translated into adequate financial support for developing countries. Much more investment is needed to unlock their potential to tackle climate change.

However, small island developing states such as Fiji face unique capacity constraints that often make it difficult to access climate finance from multilateral banks and international donors, due to their complex requirements and processes. In this regard, initiatives such as the Commonwealth Climate Finance Access Hub are supporting governments to find resources for climate action, including nature-based solutions.

By embedding long-term climate finance experts in the line ministries of these countries and building local capacity to mobilise funds, the CCFAH has already secured more than US$53 million in climate finance for small and other vulnerable countries in the Commonwealth.

The private sector could also play a key role. One of the successes from the previous UN Climate Change Conference (COP26) in Glasgow was the engagement of the private sector, which not only committed billions, but trillions to climate action. However, these trillions can only make their way to the countries that need them most with clear cooperation between public sector development finance and private capital.

There is huge potential to explore innovative adaptation financing mechanisms that leverage the private sector, including parametric insurance schemes for protection and preservation of nature-based sea walls, and potential benefits-sharing mechanisms for communities in carbon trading.

The time to act is now

The message from Fiji is loud and clear. Climate change presents a clear and present danger and the fight to save lives and livelihoods requires robust, effective and timely upscaling of nature-based solutions as part of global climate action.

To realise the potential of high-impact, cost-effective projects like Fiji’s nature-based seawalls, influential leaders and governments need to advance discussions on innovative financing for NbS in the aftermath of the UN Climate Change Conference COP27 in Sharm El-Sheikh in Egypt, and beyond.

This article was first published in The Fiji Times. 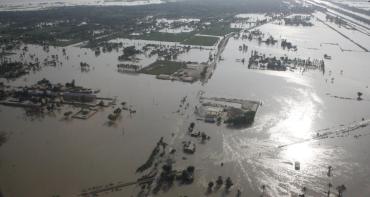