Blog: How to engage young people to protect their ocean in Malaysia and beyond 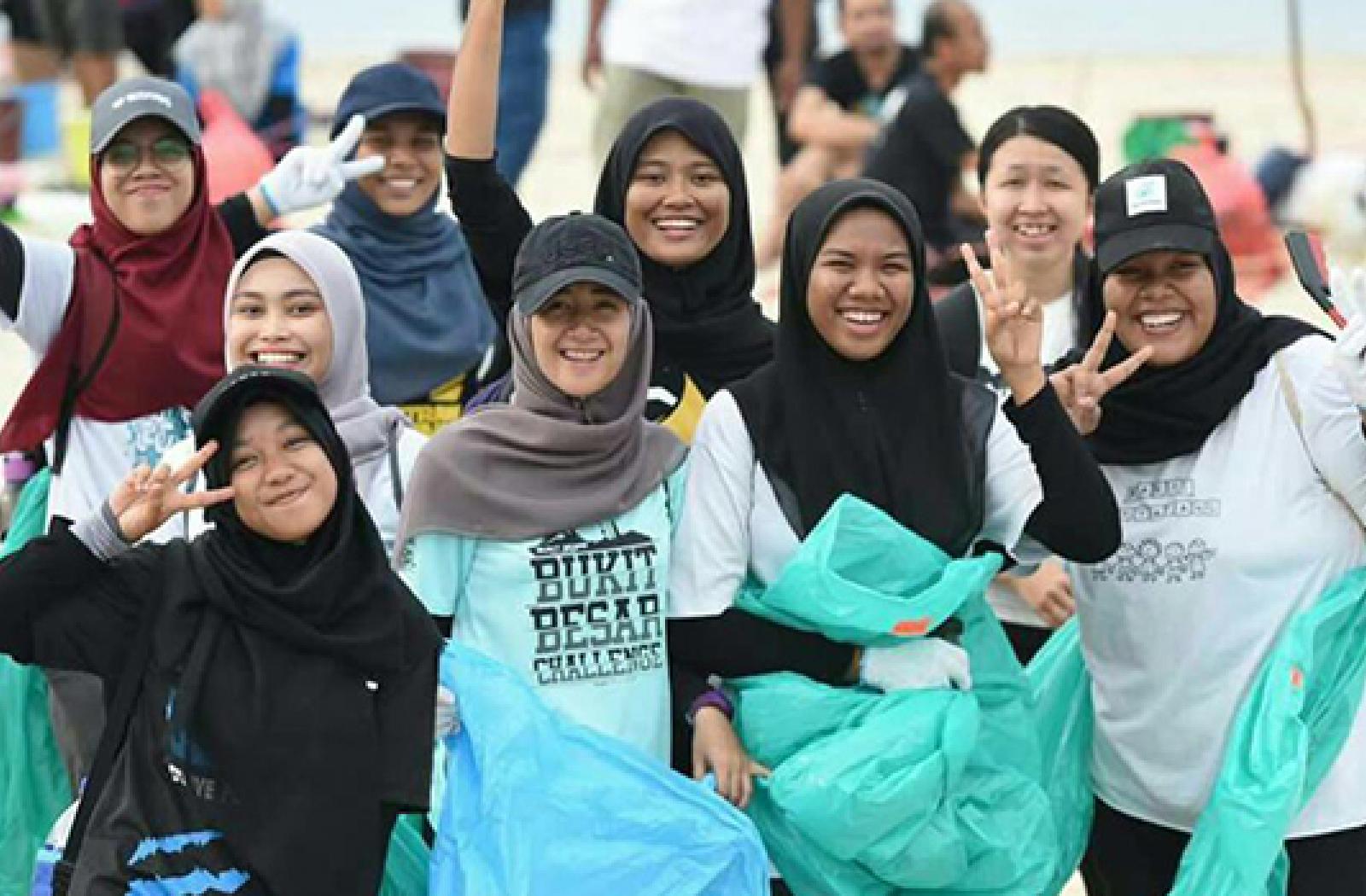 In the third blog in a series of interviews with young climate leaders, we meet Mogesh Sababathy, a marine activist from Malaysia. He is also an example of how young people across the world can work with education institutions, businesses and governments to amplify their voices on environmental issues that affect all of us.

This Commonwealth Secretariat blog is the third in a series launched during Youth4Climate and continuing in the lead up to COP26 and beyond, featuring young people from across the Commonwealth who are leading the way on local climate action. View the full blog series.

Mogesh Sababathy is more than just a marine activist from Malaysia. He is an example of how young people across the world can work with education institutions, businesses and governments to amplify their voices on environmental issues that affect all of us.

Malaysia has faced significant challenges in reducing its plastic waste pollution. Due to improper waste management systems, most waste – especially from rural areas – ends up in the ocean, lakes and rivers.

Inspired to make a change, while studying marine biology at University Malaysia Terengganu in 2017, Mogesh co-founded Project Ocean Hope with the University’s Faculty of Science and Marine Environment, and his fellow students. 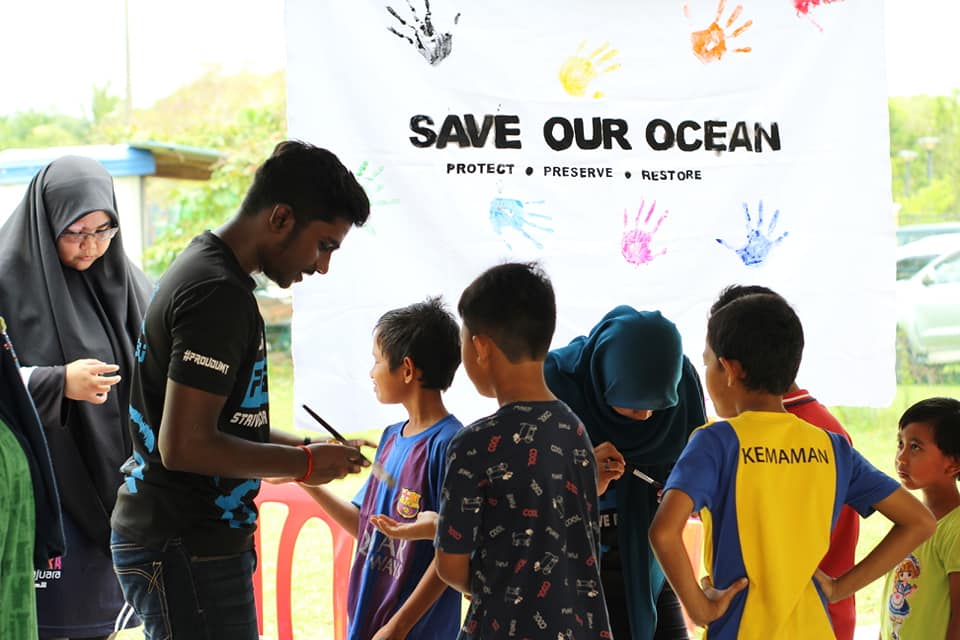 The initiative has five main objectives:

Growing up on the island of Labuan in Malaysia, Mogesh’s interest in ocean sustainability and conservation started at age 5, when he came face to face with ocean pollution.

‘‘When we used to go to the sea, we used to see a lot of plastic waste almost everywhere on the shore. Not just plastic waste; you could also see cigarette butts, bottles, food wrappings and fishing nets,’’ he recalls.

Today nowhere near enough has changed. Despite UN Global Goals urging greater conservation efforts, only 3% of the global ocean is protected.

Mogesh and Project Ocean Hope believe it is therefore critical for people everywhere, and from all backgrounds, to be able to engage with ocean literacy in order to help protect our environment. 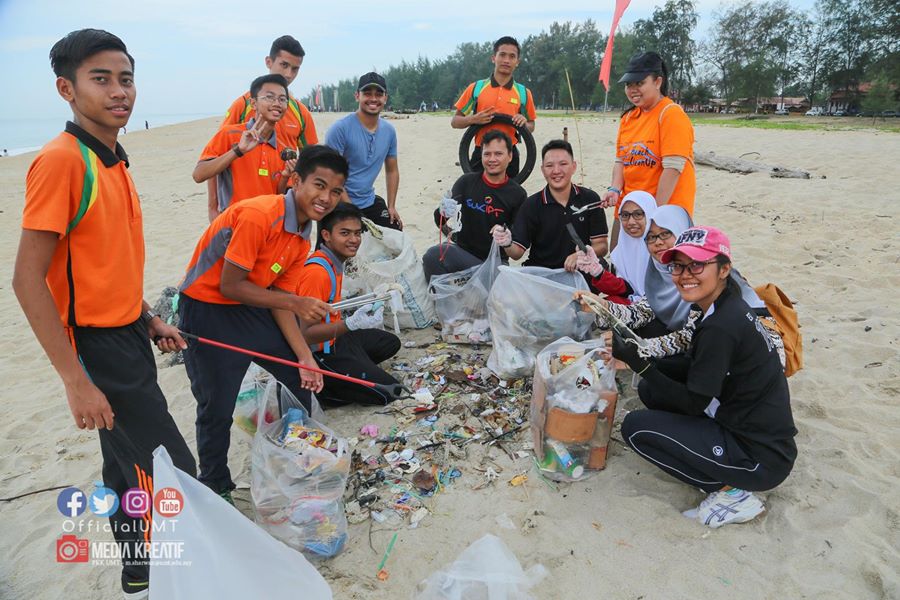 With more than 1.2 billion people under 24 years old in the world, younger people are a clear target for increasing awareness of ocean conservation.

But in Malaysia, like many countries, a lack of exposure to ocean literacy and sustainability education stops young people engaging with marine conservation.

With few platforms and spaces put in place for young people to interact and share information about ocean sustainability, it is difficult to reach out to them.

This is especially the case for Malaysians living inland and far from water bodies – yet studies show most waste that ends up in the ocean comes from inland sources.

Another problem is lack of connection to nature. Many young people don't have the opportunity to spend time exploring nature and only connect with the natural world through their mobile phones or television.

There is also declining trust in governments from young people. With a common perception that governments do not take either the opinions of young people or environmental conservation matters seriously, they are discouraged from engaging in discussion.

In Malaysia, this dissociation is further widened by the cultural differences between younger and older generations.

Around 23.4% of the population in Malaysia reside in rural areas, where most people are accustomed to their traditions. With older generations tied to ancient fishing traditions that are no longer sustainable and can cause harm to marine ecosystems, many young people feel there is little they can do to help create change. 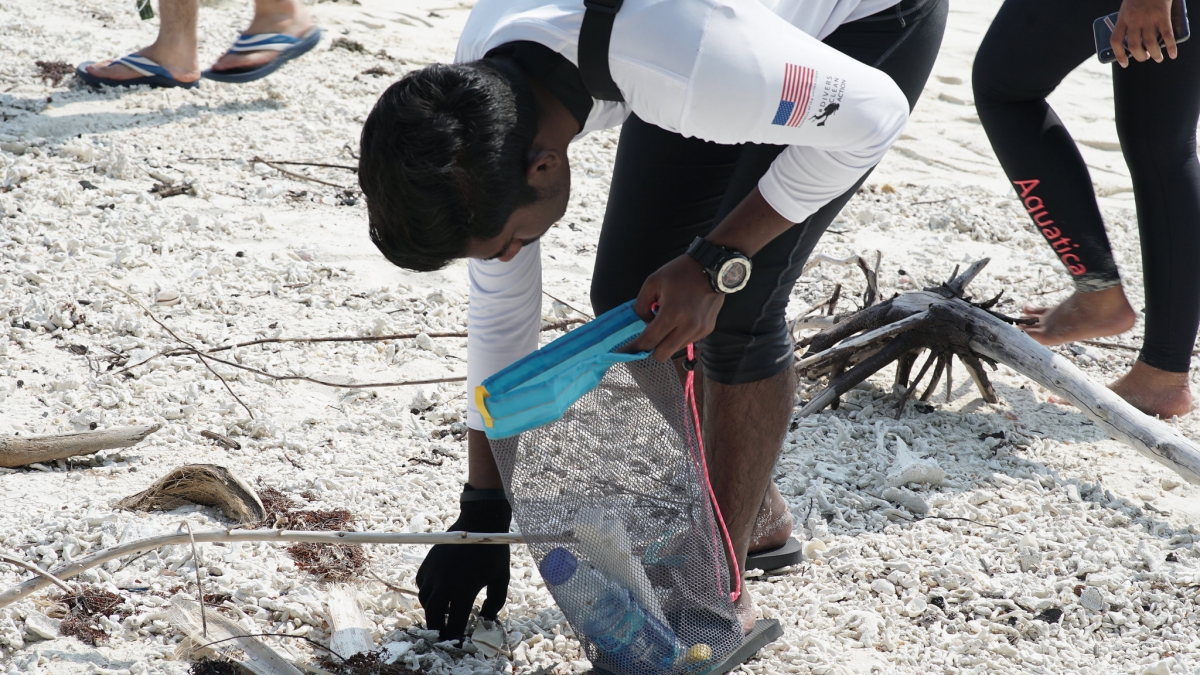 Project Ocean Hope saw this disconnect as an opportunity to work with the University, its students and its surrounding communities, to improve ocean literacy and sustainability in the region.

In 2018, the project held its first event, the Waste Management Forum, which was designed to spread awareness about proper waste disposal by individual, domestic and commercial industries.

The event was attended by at least 500 people from varied backgrounds including students, lecturers, academics and teachers from nearby education institutions, and most importantly, local communities, vendors and fishermen.

The Forum focused on training the community on how they could manage their waste at home and in their workplaces.

Companies that are responsible for collecting waste also shared ideas on how citizens could recycle waste better, for example by turning food waste into fertilizer and making eco-bricks.

Simple learning approaches such as the mantra, ‘Reuse, Reduce and Recycle’ were shared with attendees alongside complex information from the marine biology students, who used the platform to pass on knowledge they had learned with their surrounding community. 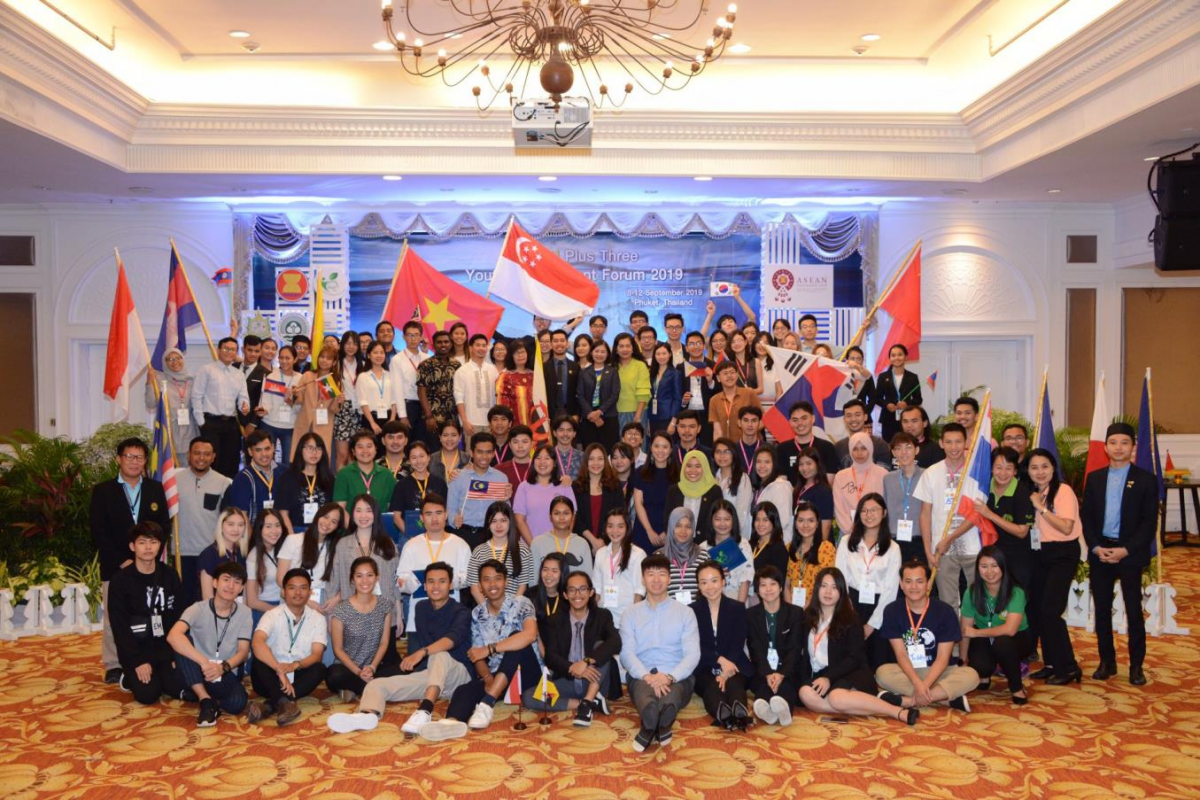 Mogesh believes young people should be exposed to marine and environment conservation as early as possible – and at the same time be given the space and opportunity to voice their opinions to elder generations in order for change and progression to take place.

“We have the age to exercise our talents and it would be a great waste if we don’t really make use of our talents and our time that we have now, as young people, to do something.

“Later when you get older, either you won’t even think about doing something because you were not growing up knowing all of this, or you are not going to have enough time even if you feel like doing something,” Mogesh says.

After a successful pilot project, Project Ocean Hope members were confident enough to organize their second project, the Ocean Hope School Tour, in 2019.

The School Tour helped to increase understanding of the marine environment among local school students, their parents and the public, through hands-on ocean conservation workshops. 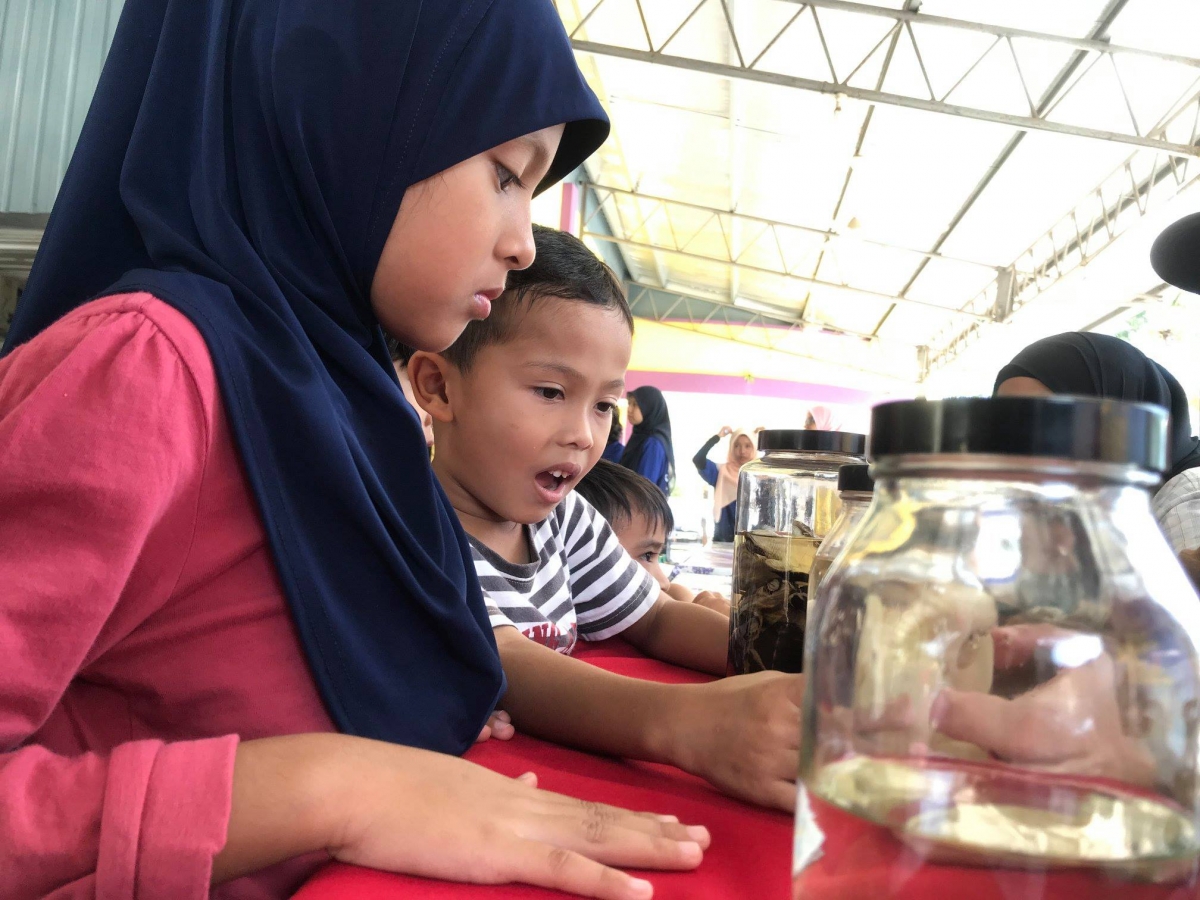 Mogesh attests that youth-based partnerships between different development actors, both in the public and private sectors, are integral to marine sustainability and conservation efforts.

Project Ocean Hope students have worked with businesses including the Rashid Hussain Berhad (RHB) Bank, where they had a major advisory role for the implementation and manufacturing of the first recycled plastic debit card in Pacific Asia – part of a Memorandum of Understanding between the Bank and the World Wildlife Fund (WWF) Malaysia.

Mogesh and his team-members were also tasked by RHB with creating a youth-friendly education portal to help improve ocean literacy among Malaysians, and ran an Ocean Art Competition for young RHB customers.

To further boost the participation of young people, Project Ocean Hope also signed an agreement with the Malaysian Youth Council in 2019 that aims to collaborate on developing ocean and environmental innovations, programs and projects within the University and the Youth Council.

This agreement also allowed the Project to get more sponsors to help scale-up their projects. 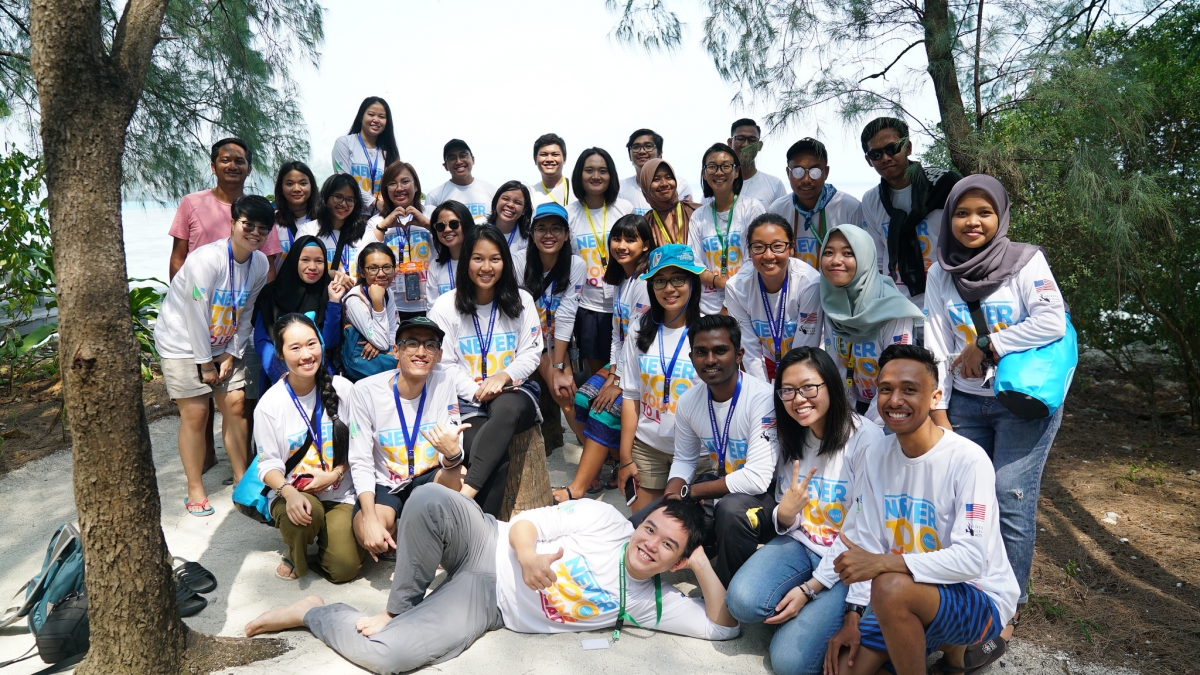 One of the successes of Project Ocean Hope is how it has amplified the voices of young leaders like Mogesh, to reach more than10,000 like-minded individuals.

He has since received a Jane Goodall Roots and Shoots Award 2020, a program that recognizes young people in Malaysia who complete volunteer activities with partnering organizations.

Mogesh was also a finalist in the 2021 Commonwealth Youth Awards for his work on the UN Global Goal of ‘Life Under Water’, on which he says: “I see it as a recognition for the works of every other climate activist around.

“It shows that we are on the right track. Winning this award would be a great opportunity for us to attract more Malaysians, especially young Malaysians, to join us and be part of the growing ocean community of change-makers.’’ 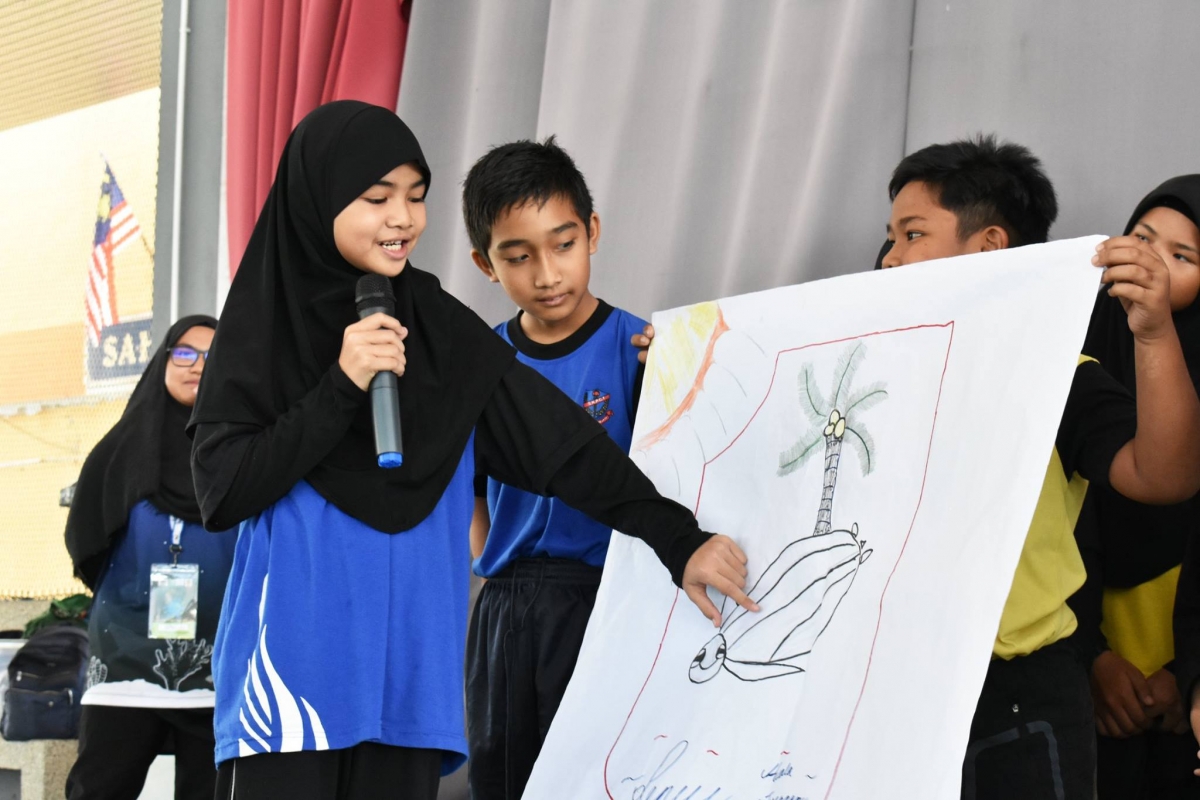 While Mogesh has experienced marine conservation in a way few other young people have, his efforts could be used as a blueprint for how learning institutions can partner with students and local communities to engage more young people on ocean conservation.

Educational institutions should aim to allow students to create platforms to express their ideas, as well as expose more young people to mentorship programs.

Collaborations like this also provide opportunities and support for young people like Mogesh to engage with international organisations that promote ocean sustainability such as the Sustainable Ocean Alliance.

But most importantly, partnerships like Project Ocean Hope build positive working relationships with the communities that support marine conservation both within and beyond the learning institutions.

Project Ocean Hope has encouraged more community involvement in ocean literacy and sustainability programs, helping create responsible citizens who are mindful and protective of their environment.

After all, it is our personal connection with the living planet that will both engage and protect younger generations now and in the future, says Mogesh: “We don't want to be just there for a certain period of time. It’s about courage and how strong you are to hold on to what you believe in.” 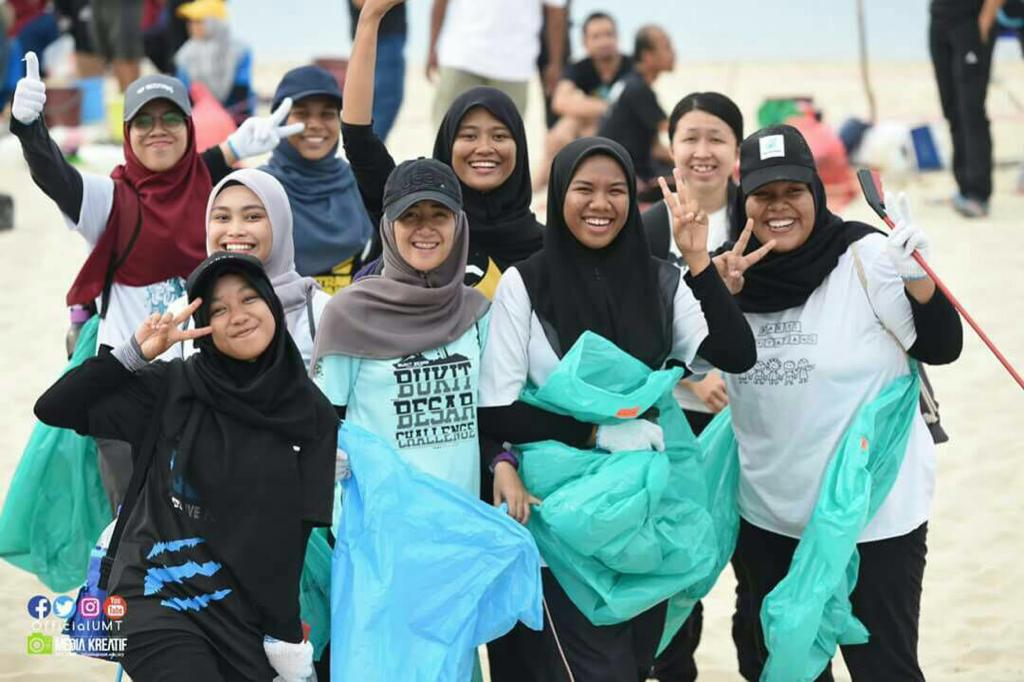 This Commonwealth Secretariat blog is the third in a series launched during Youth4Climate and continuing in the lead up to COP26 and beyond, featuring young people from across the Commonwealth who are leading the way on local climate action. View the full blog series.