Action Group on Mangrove Ecosystems and Livelihoods
Mangroves – trees and shrubs that live in intertidal zones – are found along tropical and sub-tropical coastlines. Mangrove forests form a unique wetland ecosystem, inhabiting the edge of land and sea, rooted and thriving in seawater.

Mangroves play a vital role in coastal ecology and in sustaining and securing coastal communities. They reduce the harmful effects of coastal erosion, storms and flooding and are one of the most cost-effective methods of managing disaster risk along coastlines.

Mangroves make a critical contribution to climate regulation through carbon capture. Unlike terrestrial forests, which store most of their carbon in the trunk and branches, mangroves store most carbon in their root systems and neighbouring soil – acting as carbon ‘sinks’, locking it away for generations. Also, unlike terrestrial forests, the risk of fire – and the accompanying loss of stored carbon – is much less likely to occur, making them a safe long-term carbon ‘investment’.

Economically, mangroves provide livelihood opportunities for coastal communities through fisheries and ecotourism. The fish, shellfish and other food sources obtained from them play a vital role in the food security of neighbouring communities.

Several Commonwealth countries have globally-significant mangrove coverage, so action taken to protect and restore them in the Commonwealth is good for the world.

Despite their importance, mangrove ecosystems are under extreme pressure from human activity. Mangrove trees are being cut back for firewood, coastal development and to make way for shrimp farming.  They are falling victim to pollution from inland sources such as discarded plastics, untreated sewage and nutrients from agriculture.

When mangrove forests are cut, they release stored carbon into the environment.  Blue carbon emissions have increased significantly as a result of mangrove deforestation.

Mangrove losses for the period 1980–2005 are estimated to be more than 3 million hectares. It is crucial to restore and enrich them. 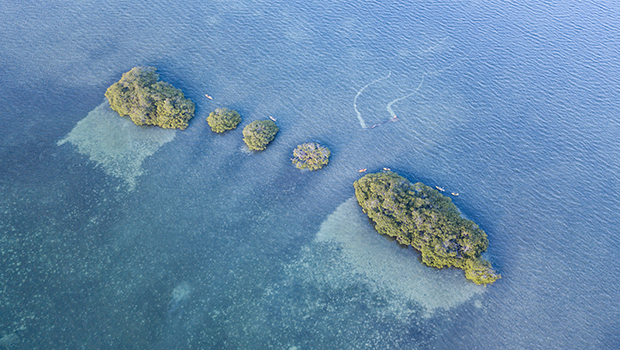 There are 80 different species of mangrove tree 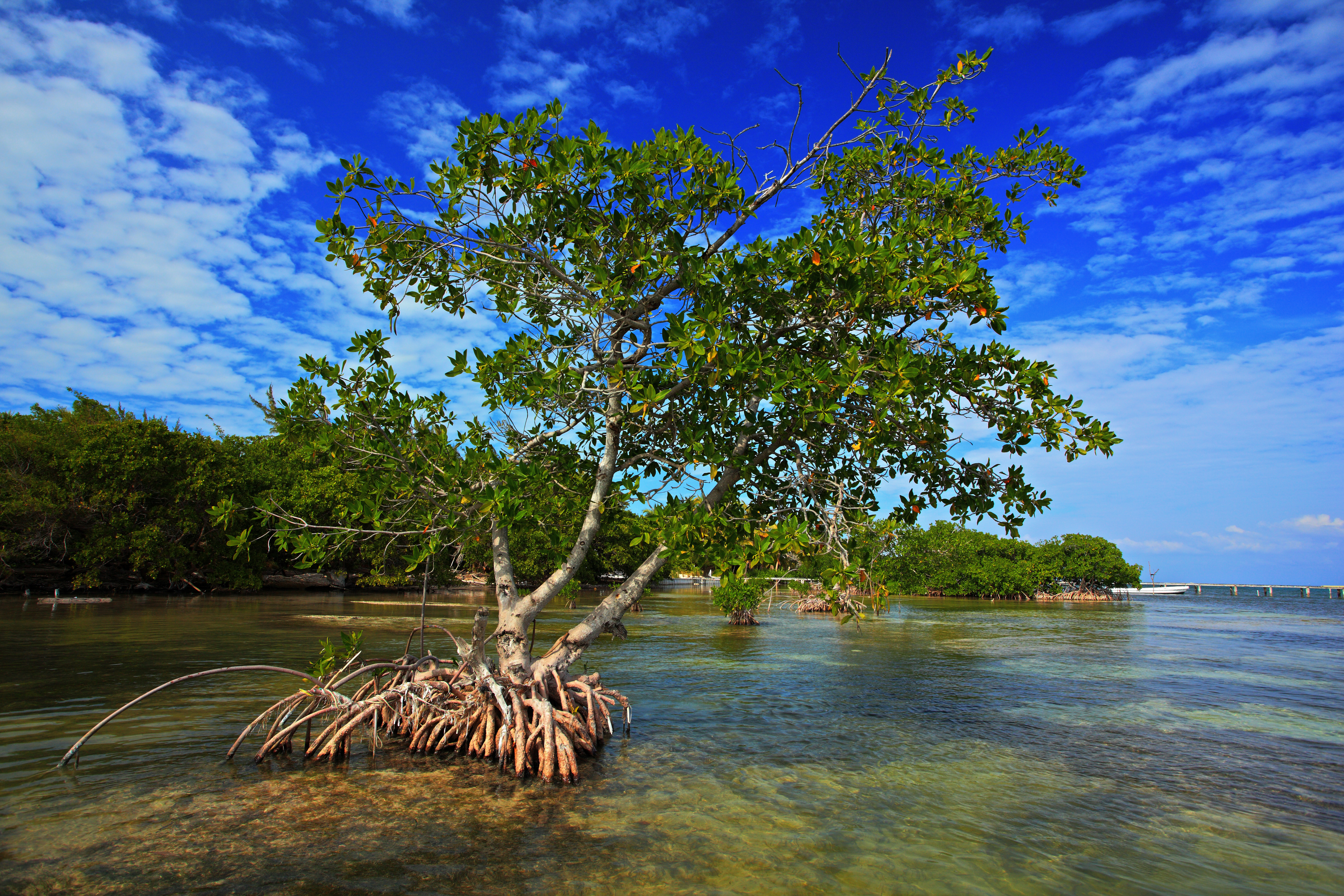 $33,000-57,000
value of mangroves per hectare per year to the national economies of developing countries that host mangroves

Sri Lanka has stepped forward to be a Commonwealth Blue Charter Champion and lead an Action Group on Mangrove Restoration. The country is home to nearly 16,000 hectares of mangroves. It has taken a number of significant measures to conserve and manage mangroves in order to safeguard biodiversity and the contribution of mangroves to the ecosystem.

The Mangrove Restoration Action Group shares best practices and organises mutual co-operation in the conservation and sustainable utilisation of mangroves in the Commonwealth through: