Women’s Forum urged to ‘be bold and hold leaders accountable’ 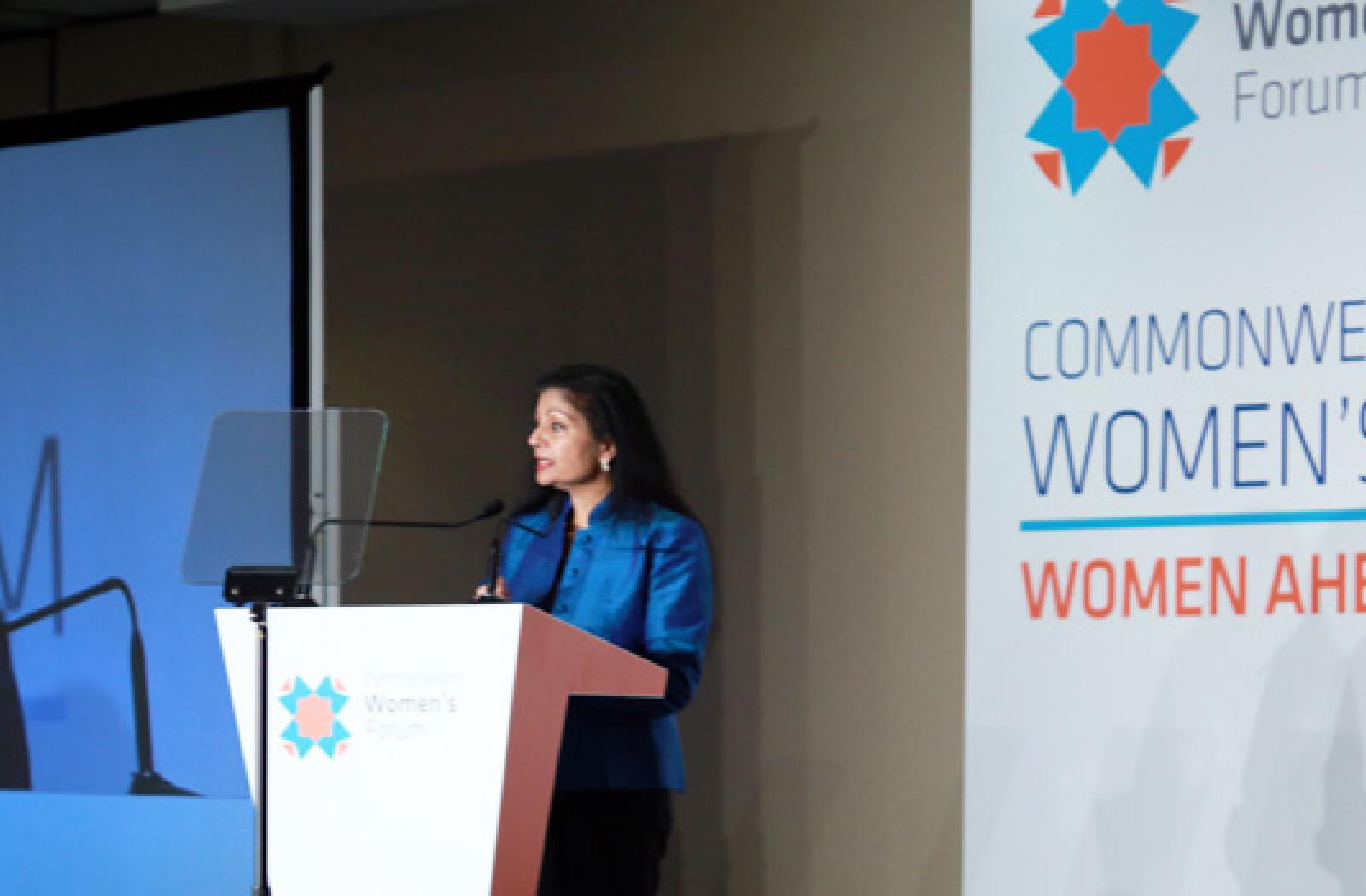 Commonwealth’s first ever Women’s Forum participants were urged to increase pressure on leaders to take action on gender discrimination.

Participants at the Commonwealth’s first ever Women’s Forum were today urged to ramp-up the pressure on leaders to take action on gender discrimination.

Delivering the keynote remarks, Lakshmi Puri, Deputy Executive Director of UN Women, stressed the importance of complete commitment to the achievement of the recently ratified Sustainable Development Goals, which include gender equality and the empowerment of women by 2030.

Encouraging participants to “be bold and hold leaders accountable”, she said: “With the 2030 Agenda, I call on you now, let’s put a firm expiry date of 2030 for gender inequality, with real equality being nothing short of 50-50. This has already been envisioned and targeted and committed internationally.”

She added; “Let the Commonwealth now show the world that it will run and win the race to Planet 50/50 not later than 2030. Let’s set about making that a reality so that every girl and woman can live with dignity, physical integrity, security, freedom of choice and capabilities, voice participation and leadership in all spheres and at all levels.

The two-day Forum will focus on important issues affecting women and girls, including education, media, information technology, violence, and exclusion from leadership positions in politics, public bodies, private companies and the judiciary.

It comes on the heels of The World Economic Forum’s Global Gender Gap Report 2015 , which shows ongoing gender discrimination and inequities in health, education and pay, with women only now earning what men did a decade ago.

Addressing the Forum, Amelia Kinahoi-Siamomua, Head of Gender at the Commonwealth Secretariat, said the internationally agreed Sustainable Development Goals, will not be achieved “if half the world’s population continues to be excluded”. She added that women’s economic empowerment is necessary for growth and development.

“There are over one billion women and girls in the Commonwealth representing a huge human capital resource, and yet, in spite of this, women still make up 70 per cent of Commonwealth citizens living in poverty.

“We must ask ourselves what we can do as a united Commonwealth to advance the rights of women and girls in order to benefit everyone, including men and boys.”

Mrs Kinahoi-Siamomua stressed that “greater investment in women’s economic empowerment can lead to increased GDP and greater benefits for the whole family.”

She said: “As a woman becomes empowered she invests more in her health and the health and education of her children and more funds are available to invest back into businesses, enabling small and women-owned enterprises to thrive.”

The Forum will decide on a package of strategies, policies and targets to put before leaders at the Commonwealth Heads of Government Meeting, which begins on Friday 27 November.