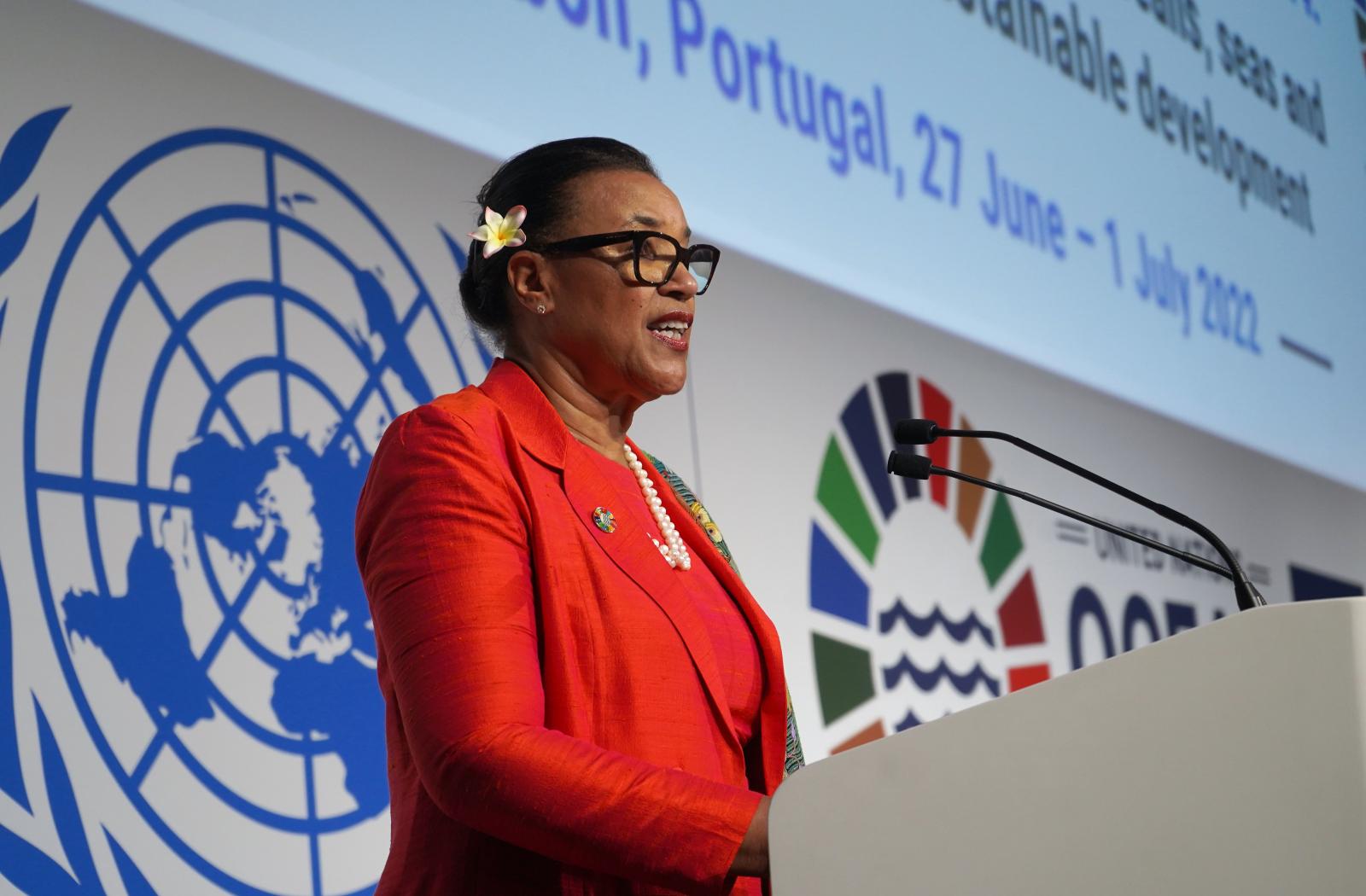 The Commonwealth Secretary-General, the Rt Hon Patricia Scotland QC, made a powerful plea for ocean action today at the United Nations Ocean Conference in Lisbon, Portugal.

Thousands of international delegates have gathered this week for the world’s largest international summit, co-hosted by the Governments of Kenya and Portugal, with the goal of intensifying global ocean action through science-based innovative solutions.

Addressing the conference plenary, the Secretary-General highlighted the alarming lack of funding for ocean action and called for enhanced finance and partnerships to tackle urgent challenges such as climate change, overfishing, marine plastic pollution and coral reef decline.

She said: “We meet at a critical moment for the ocean - the most precious, life-giving, and yet undervalued, under-researched and recklessly exploited, natural wonder of our planet.”

More than three billion people across the world depend on marine and coastal biodiversity for their livelihoods, according to the United Nations. The ocean also plays a vital role as a climate regulator and a mitigator of climate change, due to its capacity as a ‘carbon sink’, absorbing large amounts of carbon from the atmosphere. It has also absorbed more than 90 per cent of the excess heat in the climate system.

However, protecting the ocean remains the least funded of all the Sustainable Development Goals (SDGs).

Only 1.6 per cent of official development assistance for SDGs and 0.56 per cent of all philanthropic funding for SDGs has been spent on ocean-focused projects since 2016.

Overall, just 0.01 per cent of all SDG funding from development finance until 2019, including from ODA, private grants and private flows, was allocated to ocean action.

“Let the message ring out from this room today,” said the Secretary-General. “We must right this wrong… I call on everyone here – from governments and international organisations to NGOs, businesses and philanthropists – to dig deeper.

“It is only by joining hands and moving forward together that we can build a healthier, happier, more resilient, more prosperous and more beautiful blue future – for the Commonwealth, and for everyone.”

Days ago, at the Commonwealth Heads of Government Meeting in Kigali, Rwanda, the Commonwealth Secretariat launched a new Blue Charter Project Incubator that aims to develop and scale up pilot projects that promote ocean health while also fighting climate change.

“This incubator is different,” said the Secretary-General. “It is the first designed to assist Governments. We have set ourselves the ambitious target of incubating at least 30 country-led ocean solutions. What we need now is partnership.”

The Secretary-General underlined that the Commonwealth had a robust track record of forging high quality, impactful partnerships. The Commonwealth covers more than one third of the world’s ocean under national jurisdiction, with 49 out of 56 member countries having a coastline.