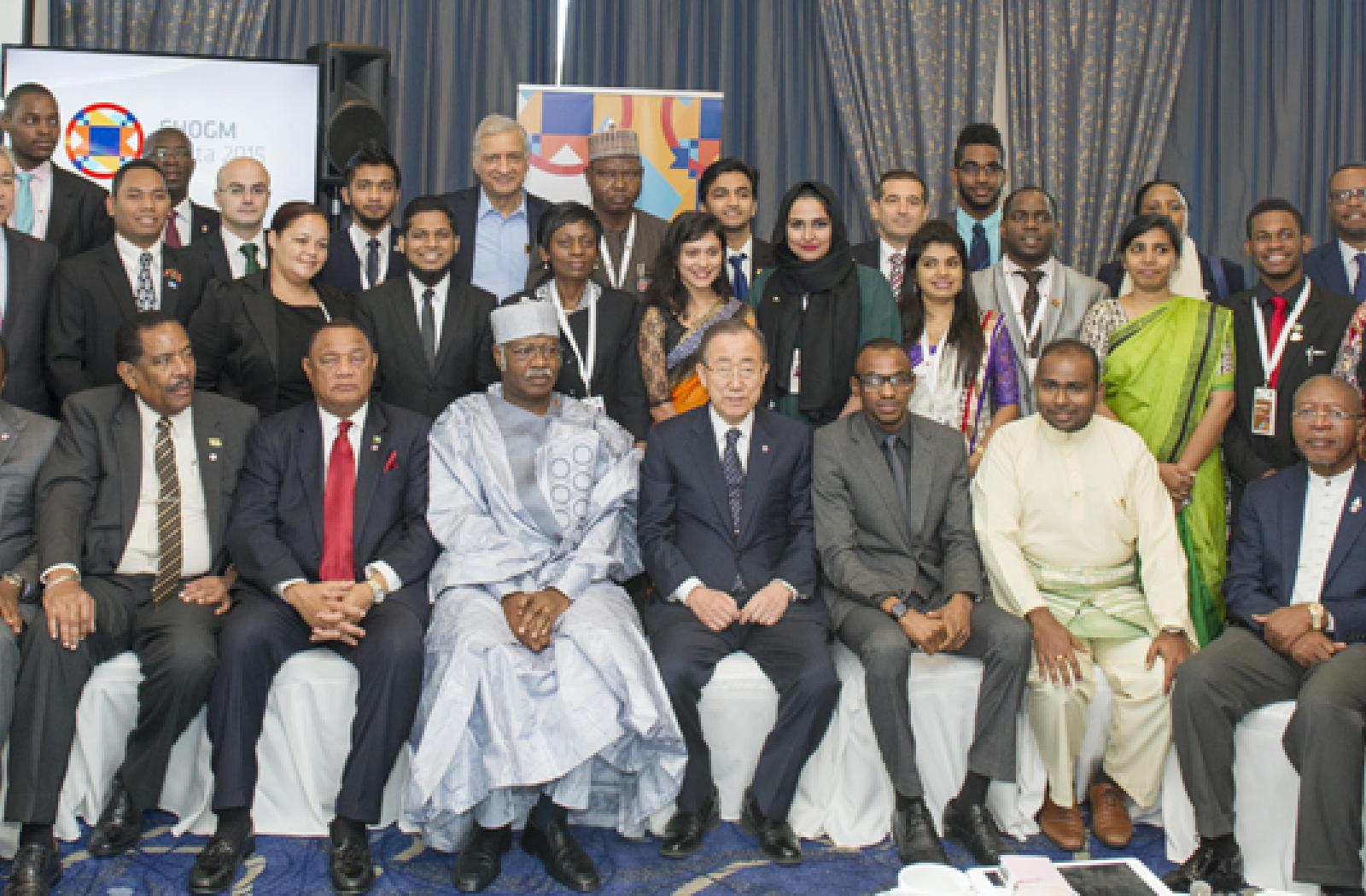 Young leaders from across the Commonwealth with Heads of Government and UN Secretary General, Ban Ki-moon in a unique exchange on unemployment, climate change and violent extremism.

Young leaders from across the Commonwealth met today with Heads of Government and UN Secretary General, Ban Ki-moon in a unique exchange on unemployment, climate change and violent extremism.

Kishva Ambigapathy, the incoming Chair of the Commonwealth Youth Council backed leaders’ efforts against climate change and said governments had the full support of the Council in combating terrorism. He urged them to collaborate with young people in seeking solutions to current global crises.

“We have come together to form a consensus, and now our voices must be heard and recognised for their value,” he said.

The dialogue took place on the second day of the Commonwealth Heads of Government Meeting (CHOGM) in Malta. It was attended by the leaders including the host Prime Minister Joseph Muscat, the President of Kenya, Uhuru Kenyatta, Canada’s newly-elected Prime Minister Justin Trudeau, David Granger, Prime Minister of Guyana and Samoa’s Prime Minister Tuilaepa Sailele Malielegaoi.

Over breakfast, young leaders also called on governments and the international community to recognise young people as key to delivering sustainable development goals.

Mr Ambigapathy presented the outcomes of the 10th Commonwealth Youth Forum (CYF) to the Heads of Government. The 12-page declaration is the culmination of five days’ debate on economic, environmental, social and political development. It also contains an action plan of concrete initiatives that the youth delegates will lead, individually and collectively, on return to their home countries.

Justin Trudeau, Prime Minister of Canada, issued an appeal to his fellow leaders to be more proactive in their youth engagement.

Mr Ban echoed this call, noting that “true inclusion” could only occur when young people were engaged in all levels of decision-making.

The CYF, held in Malta from 21-25 November 2015 in the lead up to CHOGM, is a gathering of official youth representatives from the 53 Commonwealth member countries, leaders of various pan-Commonwealth youth networks, and other outstanding young Commonwealth citizens. It was held under the theme ‘Adding Global Value…WhatNext?’

Ban Ki-Moon - #youth have a preogative to be passionate #CHOGM2015 #CYF2015 @secgen pic.twitter.com/2EUja4gOeK