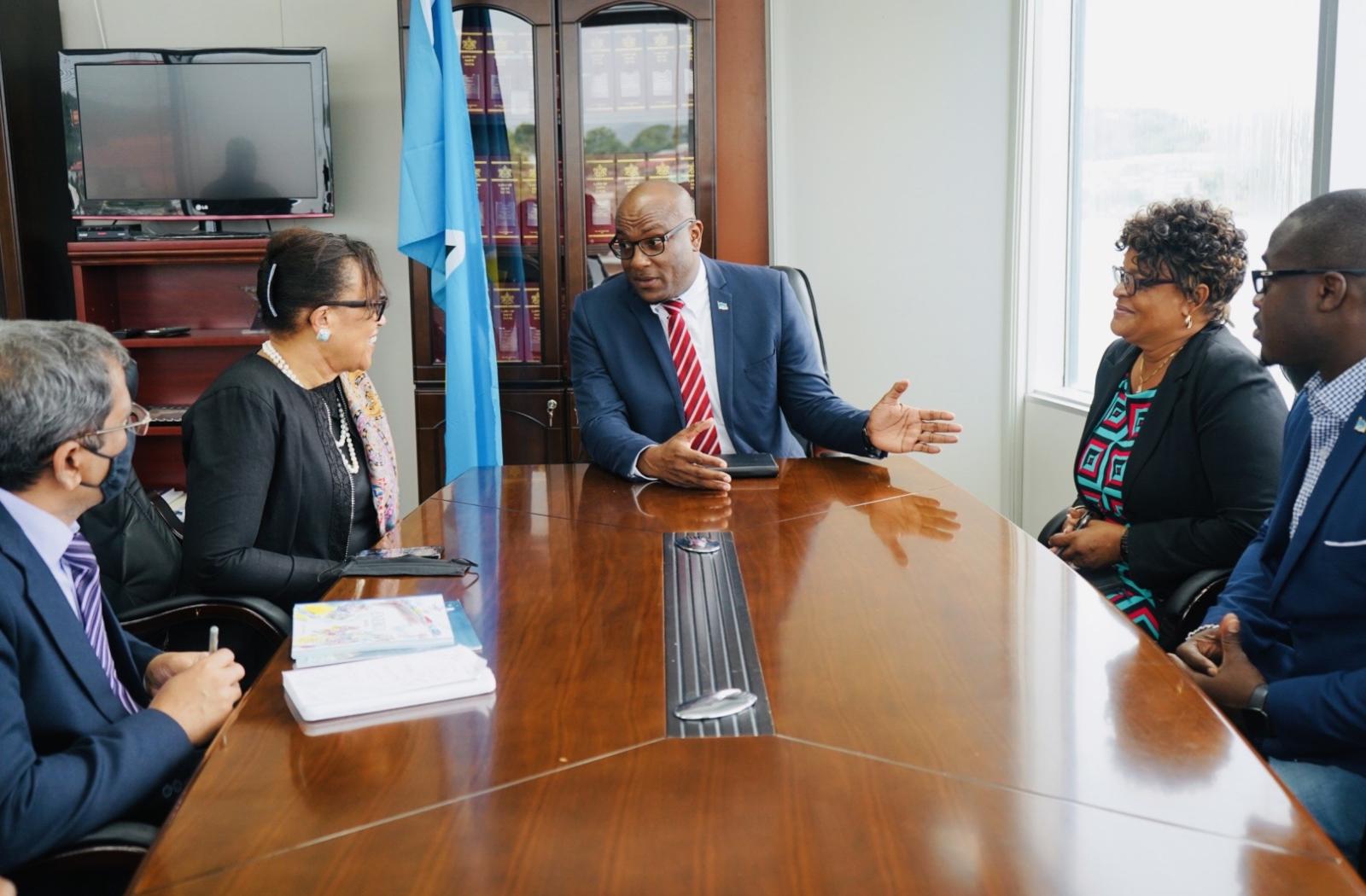 Top officials from the Government of Saint Lucia say they are staying vigilant as the Atlantic Hurricane season officially begins this week, while urging the Commonwealth’s continued support towards building climate resilience in the country.

At the meeting, Minister Edward stressed the need for action around the climate-related threats faced by the country, which have vast economic and social implications on communities, pointing to the upcoming Atlantic Hurricane Season as an example.

Minister Edward said: “Incidentally, the 1st of June marks the formal commencement of the hurricane season. God forbid that it be Saint Lucia this time, but rest assured one of our islands would be decimated by a Category 4 or Category 5 hurricane that will wipe out the economy.

“We need the Commonwealth to help us overcome all the bureaucratic aid hurdles that exist to get to the monies that have been pledged for small island states [for climate action].”

He added that it was an “injustice” that small island nations in the Caribbean have to seek aid or loans from more industrialised economies, many of whom emit most of the carbon that cause climate change.

Secretary-General Scotland reiterated the continued support from the Commonwealth Secretariat:

“Climate change is a challenge everywhere and an existential threat to the Commonwealth’s small and most vulnerable countries. The science of climate change is unequivocal – impacts are increasing with such intensity that we have reached ‘code red’ for humanity, and the window for action is rapidly closing. We must act now.

“The Commonwealth has a long history of leadership on climate change – and I am fully committed to making sure our leadership continues.”

To date, the CCFAH has mobilised more than US$47 million in climate finance for 36 projects in seven countries, with more than US$762 million worth of concrete project proposals in the pipeline.

The Commonwealth National Climate Finance Adviser in Saint Lucia, Ruth Phillips-Itty, has supported the country in successfully securing around US$2 million in climate finance. This includes grants to develop a country programme and project concepts, assess the nation’s readiness for sovereign green bonds and debt-for-climate swaps, and boost efficiency in the government’s systems and institutions to unlock and absorb climate finance.