Secretary-General: fast-track action on ocean health ‘before it is too late’ 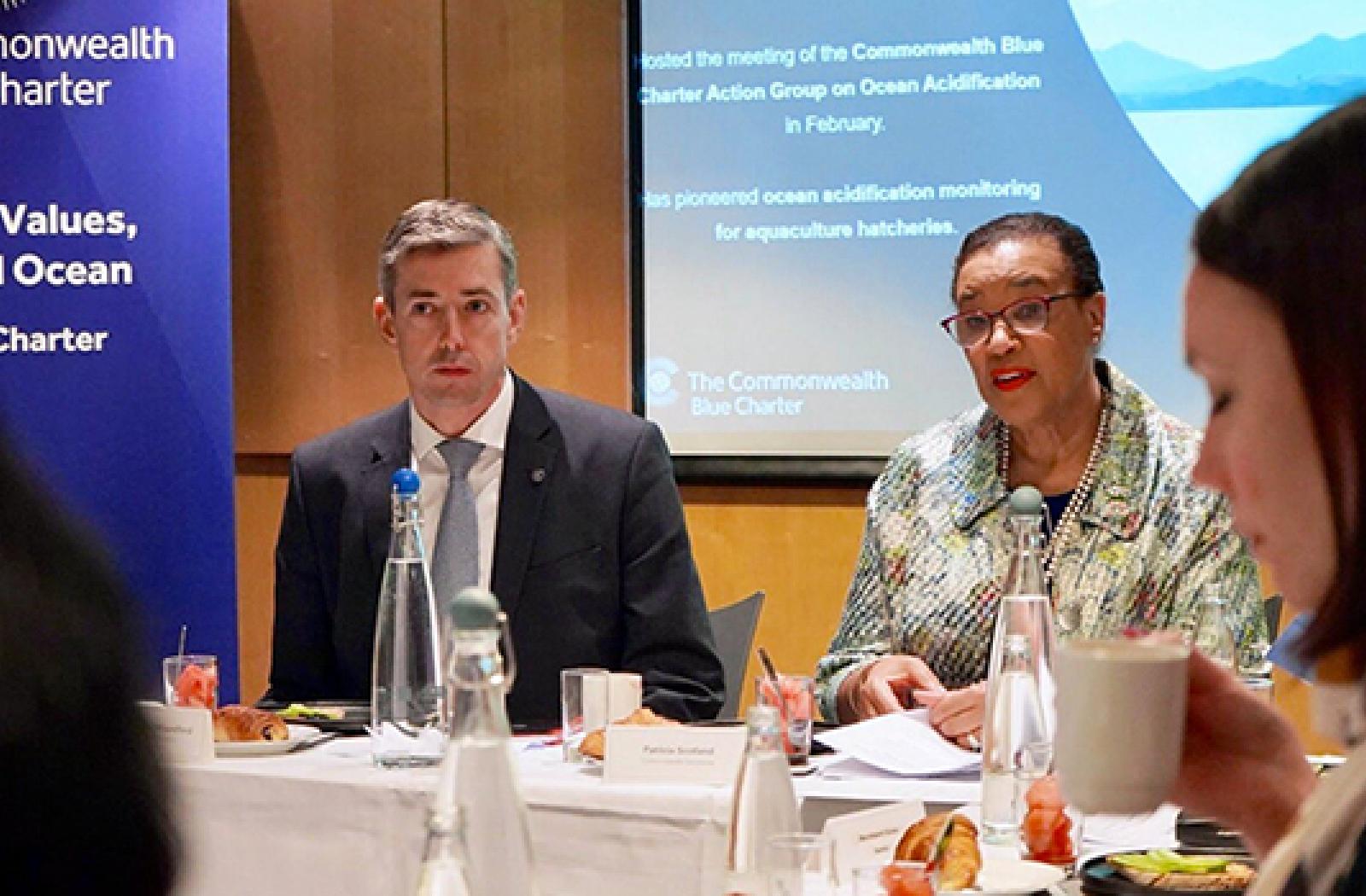 The Commonwealth is working to establish a fund to help member countries take practical action on ocean sustainability. Ministers leading Commonwealth Blue Charter action groups met in Oslo with marine experts, investors and philanthropists to discuss the shape of the proposed fund.

The Commonwealth is working to establish a fund to help member countries take practical action on ocean sustainability.

Ministers leading Commonwealth Blue Charter action groups met in Oslo with marine experts, investors and philanthropists to discuss the shape of the proposed fund.  The meeting took place during the Our Ocean Conference, to build partnerships between government, industry, science and civil society to meet the challenges facing the ocean.

The initiative comes at a time when coastal states are struggling to find the financial resources to deliver much-needed projects to sustain ocean health. Less than one per cent of all philanthropic funding goes towards marine conservation and sustainability, even though the ocean covers more than two-thirds of the planet. Large funds established to combat climate change appear to be reluctant to support work for the ocean, despite the close interrelation between the health of the ocean and of the environment more generally.

Resources mobilised from the public and private sectors through the proposed fund will contribute to a healthy ocean, sustainable enterprises and vibrant communities.

“Protecting the ocean for future generations is a shared responsibility and a matter of global urgency,” said Secretary-General Patricia Scotland, while stressing that more needs to be done “before it is too late”.

She continued: “Our Commonwealth Blue Charter recognises that no single country can solve these issues alone. Nor is it a matter simply for governments. We need broad and inclusive partnerships drawing together a range of expertise and resources to scale-up and accelerate our collective responses to ocean-related challenges.”

More than 30 countries have banned or restricted single-use plastics and the 53 countries of the Commonwealth have collectively protected more than 15 per cent of the ocean within their jurisdiction, surpassing the UN target of conserving at least 10 per cent of coastal and marine areas by 2020.

Seychelles’ Minister of Environment, Energy and Climate Change, Wallace Cosgrow, told colleagues at the meeting that in order to rebuild fish populations and protect marine habitats his country plans to extend marine protected areas from 26 to 30 per cent.

He said: “As a champion of the Commonwealth Blue Charter, we want to take this initiative forward with our member countries to inspire real action in saving the diverse sea life for our future.”

Commonwealth Head of Oceans and Natural Resources, Nicholas Hardman-Mountford, said: “This meeting is one of several interactions around the proposed fund in the lead-up to the 2020 Commonwealth Heads of Government Meeting.  Once the fund is established, we hope it will harness the strengths of the public and private sectors to drive rapid actions on protecting our threatened ocean.”

The Commonwealth Blue Charter is a commitment by all 53 Commonwealth member countries to co-operate on tackling ocean-related challenges and meeting their commitments for sustainable development and protection. Twelve ‘champion’ countries are currently taking the lead in rallying fellow members to take action in nine key areas for ocean sustainability.

Also at the Our Ocean Conference, the Commonwealth signed a memorandum of understanding with Vulcan, which was founded by Microsoft co-founder Paul Allen. It will allow Commonwealth countries to use the Allen Coral Atlas, a satellite-based mapping and monitoring system, to plan and manage their coral reef ecosystems.