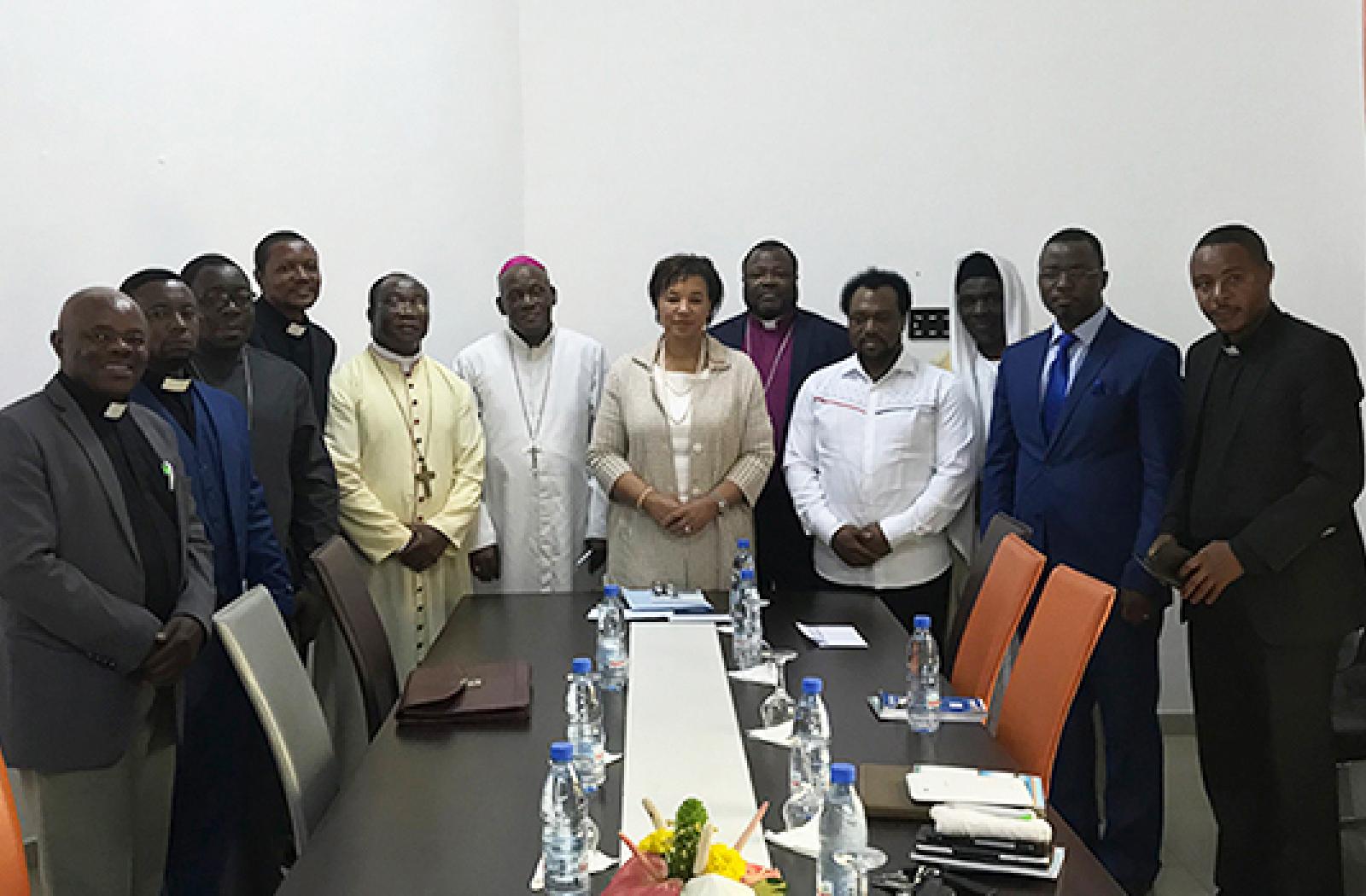 During the final part of a five-day visit to Cameroon in December, Secretary-General Patricia Scotland travelled to Buea, the capital of the southwest region of the country, and met with key stakeholders, including young people, elders, religious leaders and elected officials.

The Secretary-General of the Commonwealth has visited the Southwest region in Cameroon and continued calls for peace and unity amid ongoing conflict in the region.

During the final part of a five-day visit to the country in December, Secretary-General Patricia Scotland travelled to Buea, the capital of the southwest region of the country, and met with key stakeholders, including young people, elders, religious leaders and elected officials.

Shortly before leaving the town, which is one of two English-speaking regions of Cameroon, Secretary-General Scotland said, “It was incredibly important for me to visit this region of Cameroon, to hear first-hand how those affected plan to overcome the current challenges and work towards peacefully unifying the country.

“Everyone has said that we need dialogue; and it must be a genuine and inclusive dialogue. From meeting people in Buea it is clear that many people are looking forward to the full implementation of the 1996 Constitution which explicitly sets out plans to decentralise.”

The Secretary-General added, “What was also very clear from the many conversations I had was the great deal of hope Cameroonians have because everyone wants peace in their country. In Buea, everyone was talking about the need for peace, the need for dialogue and that the only way to resolve all of these problems will be through inclusive and substantive engagement. And it has been demonstrated to me that that is what everybody is in agreement on.”

Earlier in the day, young people passionately talked about the positive role that they would like to play in Cameroon’s future. Christian Achaleke, who was named Commonwealth Young Person of the Year in 2016, said, “My message to young people today is on the role they have to play in promoting peace and the need for young people to be included in the dialogue which is planned to restore peace in the English-speaking region in the southwest of Cameroon, which has been plagued by animosity, insecurity and violence”.

“Young people know the problems and if they are there from the beginning they can provide suggestions which are tangible and which resonate with the voices of their peers who are from the local communities and that are facing the challenges of this crisis. And of course they have a powerful voice to reach out to their peers to sensitise them and to build a stronger movement of young people who can preach peace.”

Commenting specifically on the Secretary-General’s visit, Mr Achaleke said, “Within the context of the current situation that we are facing in the country there has been the need for third-party intervention, and the Commonwealth Secretary-General comes to instil the hope that there’s a future road map for the resolution of this conflict.”

After returning to Yaoundé, the Secretary-General met with Prime Minister Philémon Yang to emphasise the urgent steps that now need to be taken to ensure an inclusive and genuine dialogue going forward.