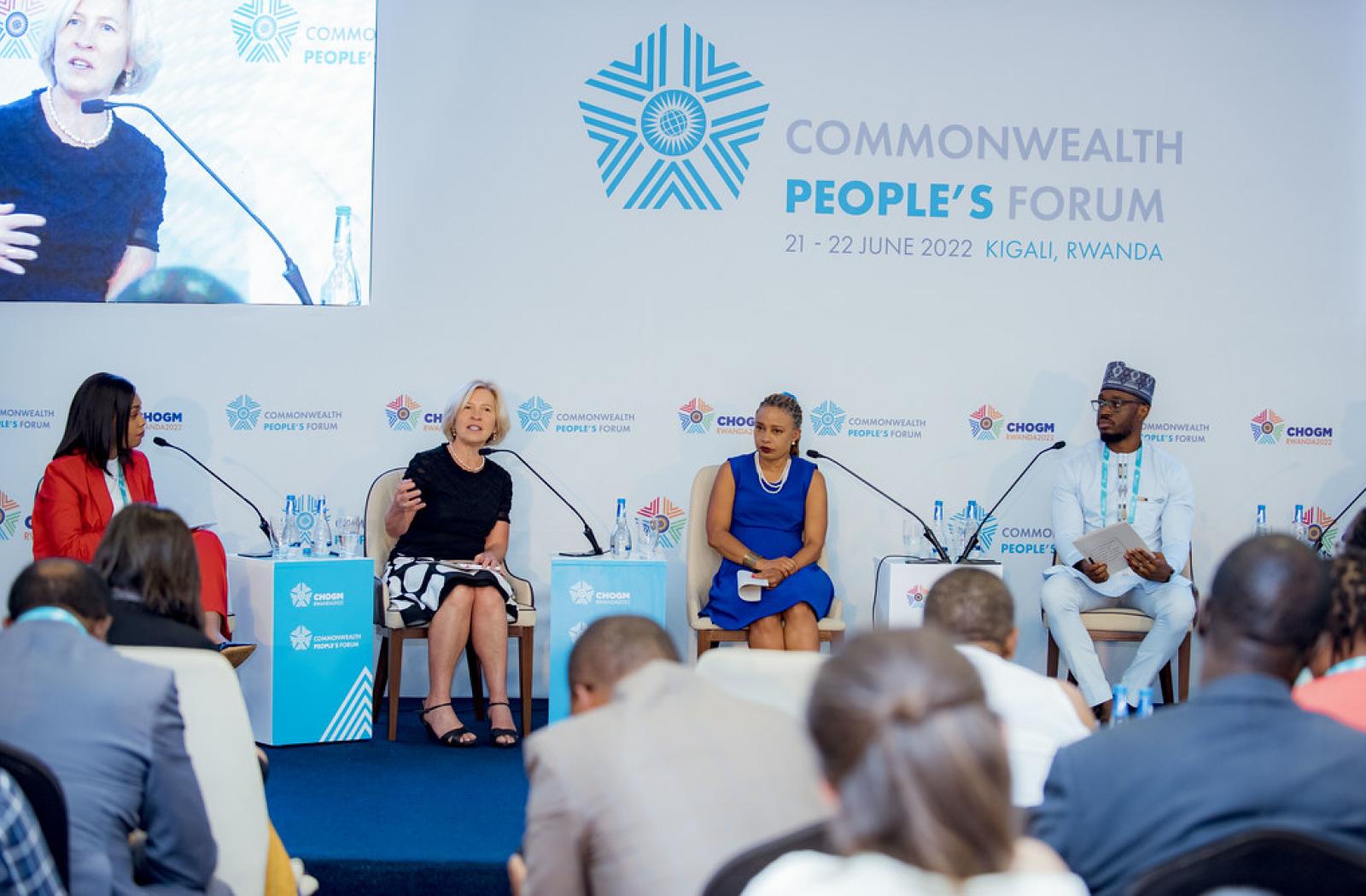 The Commonwealth People’s Forum — the largest gathering of civil society in the Commonwealth — convened leading experts on public health, finance and Covid-19 response to discuss how to fund resilient national health systems in the wake of the pandemic.

Public health specialists and advisors to the World Health Organisation, Asian Development Bank and World Bank came together at the Commonwealth People’s Forum in Kigali, Rwanda to discuss how the coalition of 54 Commonwealth member states can advance health justice.

It’s the first time Commonwealth civil society has convened in four years at this scale, owing to the pandemic, with the discussion spanning improving solidarity between Commonwealth countries and pandemic preparedness.

In particular, advocates agreed on next steps for tackling global health emergencies, focusing on progressive taxation as vital to achieving universal health coverage:

Dr Ravi Rannan-Eliya, a Sri Lankan physician and economist and consultant for both the World Bank and Asian Development Bank, said:

"In most Commonwealth countries, we don't have insurance, we rely on taxation.…We have to get the well-off to pay more in taxes…And you can't build resilient health systems unless you use public financing. That means government taxation or mandatory social insurance, which requires government intervention. Why is this a solidarity issue? It's a solidarity issue because both those things require you to take money from the better off to provide services for the vulnerable."

Professor Senait Fisseha, Chief Advisor to the WHO Director-General, world-renowned physician and leader in reproductive health and rights from Ethiopia, explained what’s at stake if public financing of healthcare systems isn’t prioritised in the Commonwealth:

'"The global system failed people, especially vulnerable marginalised communities. People in sub-Saharan Africa were scrambling for vaccines. So governments do need to prioritise healthcare investments. The Abuja declaration was for African nations to increase 15% of our GDP into health. Only two countries in sub-Saharan Africa, Rwanda and South Africa, have done that. Many of us are investing very small amounts. So there’s a question of how do we increase domestic resources to ensure we have a very strong primary health care system."

Dr Ravi Rannan-Eliya gave an example of how to achieve this, citing an example of when the UK public resoundingly supported higher taxation to make their National Health System stronger, in the midst of a global recession and at a time when spending was frozen.

He adds this was driven by civil society — with the British Medical Association and other health unions undertaking strategic polling of voters and taking this evidence to the UK government.

"Healthcare spending was the only item of the budget that was increased [by the UK government] at that time. So this is an example of civil society at its best. That's what I would call for in your own country.’"