Experts from 21 Commonwealth countries heard how natural fibre production is necessary in tackling poverty and preventing environmental degradation, at the Global Natural Fibre Forum (GNFF) in Africa earlier this month.

Speaking at the symposium held in Port Elizabeth, South Africa, from 7 to 9 March 2012, Commonwealth Deputy Secretary-General Ransford Smith said: “It is essential to advocate the shift from synthetic towards using natural fibres due to their significant role in environment protection and sustainable development.

“Looking into Africa, the majority of people live in the rural areas and are dependent on agriculture, which incidentally produces almost all natural fibres harvested in the developing world.”

The Commonwealth Secretariat hosted the meeting in partnership with the Council for Scientific and Industrial Research (CSIR) of South Africa and other private sector partners.

This regional gathering is the first to address challenges facing producers and processors of natural fibres, which directly supports the livelihoods of millions of people worldwide.

It brought together fibre producers, processors, researchers and scientists and industry representatives to explore possibilities of working together.

“We believe that the fibres sector has great potential to become an engine of growth and given the right support through capacity-building and product development programmes, it can drive rural industrialisation,” Mr Smith said.

A number of experts made presentations at the seminar on how small producers and farmers could increase their income through natural fibres.

Experts also highlighted the importance of creating value at each level of the production process including: farming, extraction, processing, waste use, product manufacturing, marketing and distribution.

Several key results were achieved including the formation of support teams to address areas such as training and product development. The African chapter of the GNFF was also launched at the event and Tanzania has been tasked with co-ordinating the GNFF Secretariat.

The GNFF is a worldwide network that collects and distributes information around the use and economic value of natural fibres and how these can be used as a critical source for small and medium-sized enterprises, farmers and poor rural communities to uplift their livelihoods. 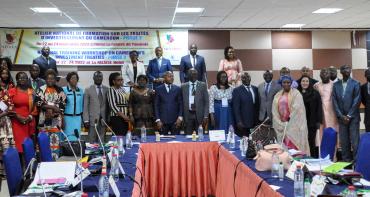 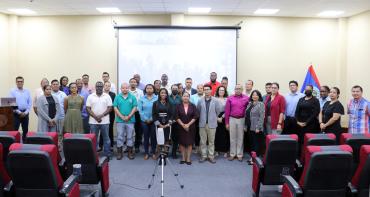 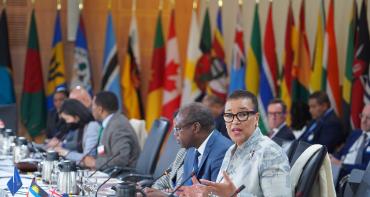