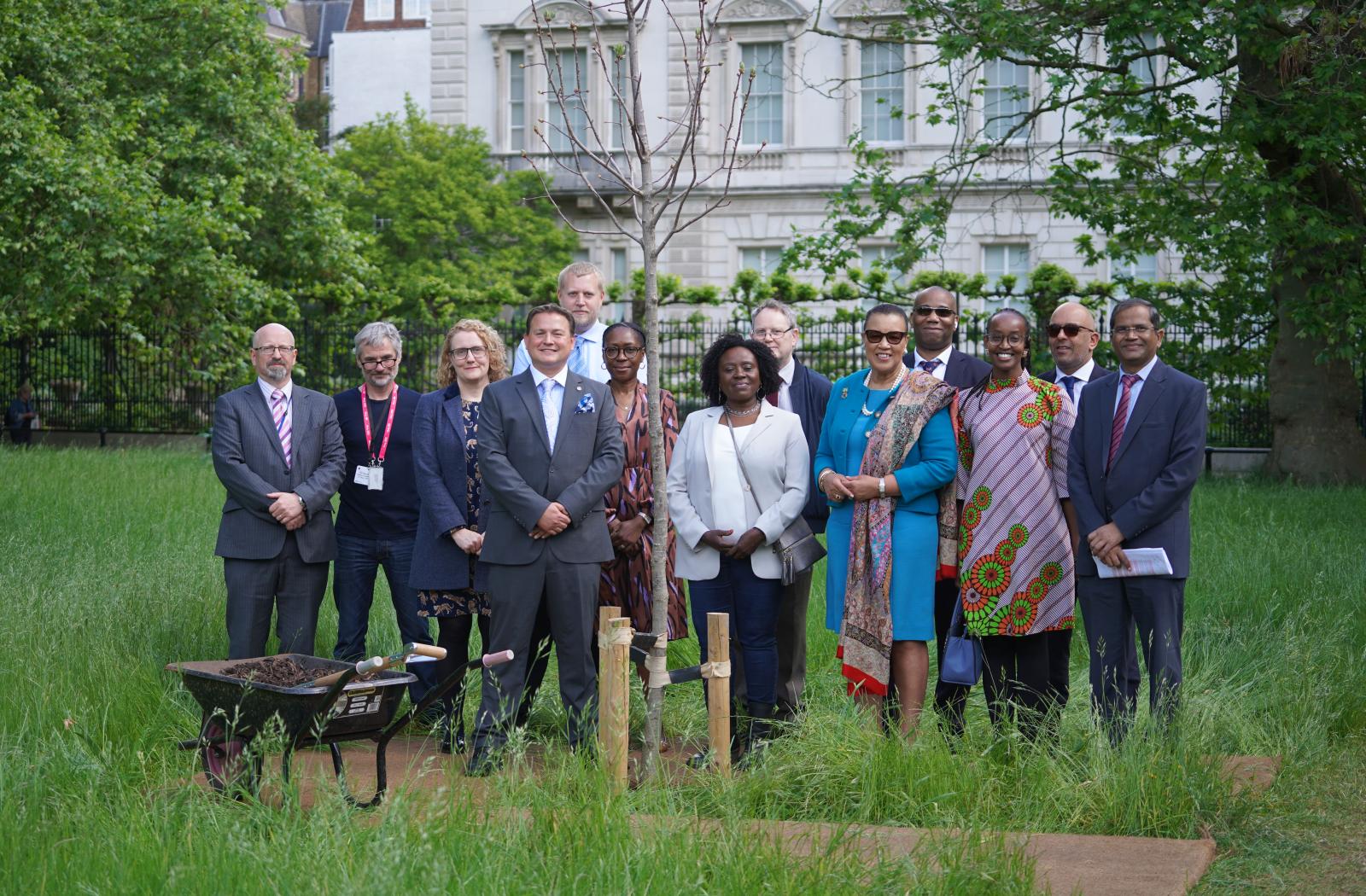 The Commonwealth Secretary-General, the Rt Hon Patricia Scotland, planted a tree today in Green Park, in honour of Her Majesty The Queen’s Platinum Jubilee.

The ceremony was part of the Queen’s Green Canopy initiative, which invites people from across the United Kingdom to “Plant a Tree for the Jubilee”, marking 70 years of Queen Elizabeth II’s reign, as well as her headship of the Commonwealth.

Accompanied by staff members of the Commonwealth Secretariat, the Secretary-General planted a rare wild service tree or ‘chequer’s tree’ at Green Park, one of London’s Royal Parks facing the Commonwealth headquarters.

Secretary-General Scotland said: “I am delighted to take part in the Queen’s Green Canopy initiative, along with Commonwealth Secretariat staff who represent the wonderful diversity of the Commonwealth, which spans 54 nations and 2.5 billion people.

“We plant this tree in recognition of Her Majesty’s extraordinary service to the Commonwealth. It is a fitting tribute to her constancy and stability which am sure will be admired, as she will be admired, for many generations to come.

“It also reflects the Commonwealth’s commitment to protecting the environment. I hope that, when people walk through this park and enjoy this tree and its shade, fresh air and flowers, they have the opportunity to reflect on the timeless values which unite and sustain the Commonwealth family.

“On behalf of the whole Commonwealth, I send my best wishes to Her Majesty. We all look forward to the Platinum Jubilee celebrations to come.”

The Commonwealth’s Jubilee tree will be added to the Queen’s Green Canopy online map illustrating the location of all trees planted as part of the Platinum Jubilee celebration.

The Platinum Jubilee celebration is set to be an historic event, taking place over a special extended bank holiday weekend (2-5 June, 2022) in the United Kingdom, including The Queen’s Birthday Parade, a thanksgiving service and lighting of beacons in capital cities across the Commonwealth.

View photos from the event 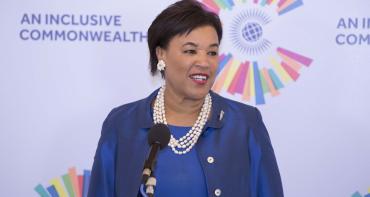 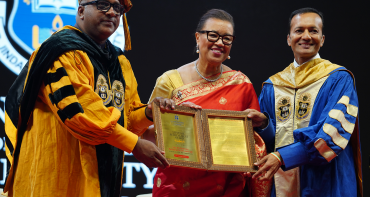