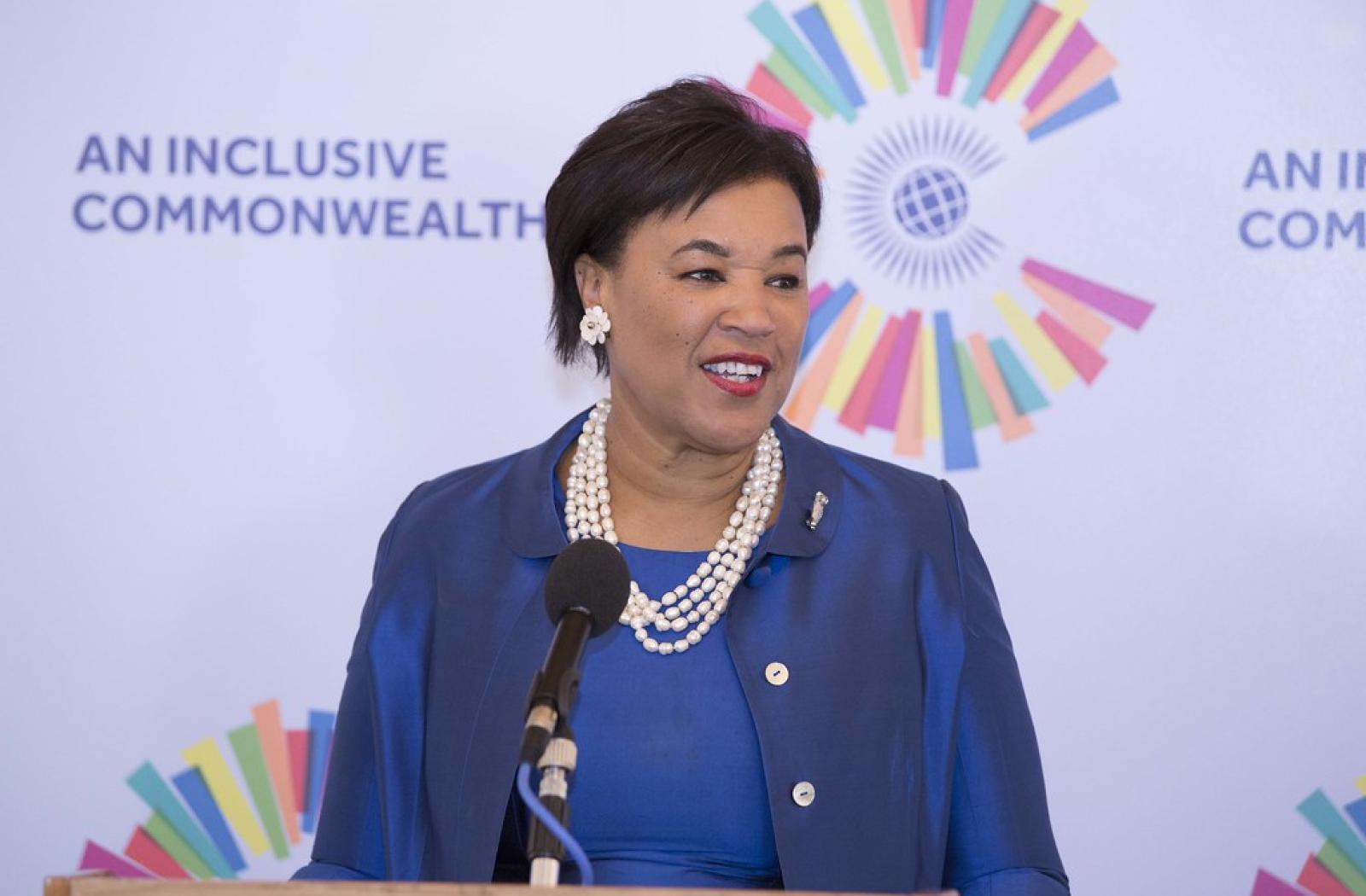 The Commonwealth Secretary-General has called for accelerated action in addressing stark inequities in access to quality cervical cancer screening and treatment tools, which, she says, could eliminate the disease and relegate it to history.

Commonwealth Secretary-General the Rt Hon Patricia Scotland KC was speaking at a panel discussion on ‘the fight for global health equity – the elimination of cervical cancer’, hosted by Cancer Research UK on 29 November at the Houses of Parliament in London.

Contributing to the discussion, she said cervical cancer is almost entirely preventable if the right tools are made available to all who need them. However, the Secretary-General added, a woman dies of cervical cancer every two minutes around the world, primarily due to a lack of access to life-saving tools.

“Cervical cancer is a disease of deep inequity. About 90 per cent of new cases and deaths occur in low and middle-income countries, where screening and treatment are not widely available, while persistent stigma further exacerbates the issue. Barriers are multifaceted and face us at every level of society. Therefore, cross-sectoral collaboration is key to addressing complex access inequities to prevent this unnecessary tragedy.”

The Secretary-General outlined a three-pronged approach towards ensuring every woman has equitable access to quality screening, diagnostics and treatment in the Commonwealth, consistent with the World Health Organisation’s Cervical Cancer Elimination Initiative.

“First, we must address the systemic obstacles that prevent women from receiving the care they need, including stigma. Second, we must listen to the issues women experience and embrace the varying cultural differences to find ways to expand access to screening, vaccines and treatment. Finally, we must view investing in women’s health as an investment in all of society.”

Cervical cancer particularly affects Commonwealth countries, where incidence and death rates are above global averages. Despite representing around 30 per cent of the world’s population, the Commonwealth accounts for 40 per cent of global cervical cancer cases. This figure could reach 55 per cent by 2030 if the current pace of action continues.

In response, Secretary-General Scotland highlighted that achieving cervical cancer elimination targets is a high priority for the Commonwealth, adding that: “In Rwanda, this June, Commonwealth Heads of Government committed to ensuring that all girls between 9 and 13 have access to the human papillomavirus (HPV) vaccine by 2025… Doing so will save 60 million lives.”

To achieve this commitment, the Commonwealth Secretariat has set up a multi-stakeholder taskforce for cervical cancer elimination, made up of leading experts, to support countries with proven tools and diverse expertise to accelerate national-level awareness, prevention and treatment efforts.

Alongside the taskforce, the Secretariat launched a Voluntary Information and Price Sharing Database last year to improve pricing transparency of cervical cancer health products to address access and affordability disparities.

Secretary-General Patricia Scotland also applauded Commonwealth countries, including Australia, India, Malaysia and Rwanda, which introduced comprehensive measures to decrease cervical cancer rates. She particularly highlighted Rwanda’s success story, which was the first African country to launch a national HPV vaccination programme in 2011. Since it began, the programme has consistently achieved 90 per cent coverage.

Building on her remarks, Rwanda’s High Commissioner to the UK, H.E. Johnston Busingye, said that his country’s success was partly due to the recognition that cervical cancer “is not just a women’s issue but rather an issue that affects all of society”, suggesting that making it “everyone’s issue” can propel greater action towards the elimination targets.

The discussion was hosted as part of London Global Cancer Week, an international observance aiming to strengthen capacity in cancer prevention and treatment in less well-resourced regions.

Learn more about our health work