‘Commonwealth is open for business and to business’ 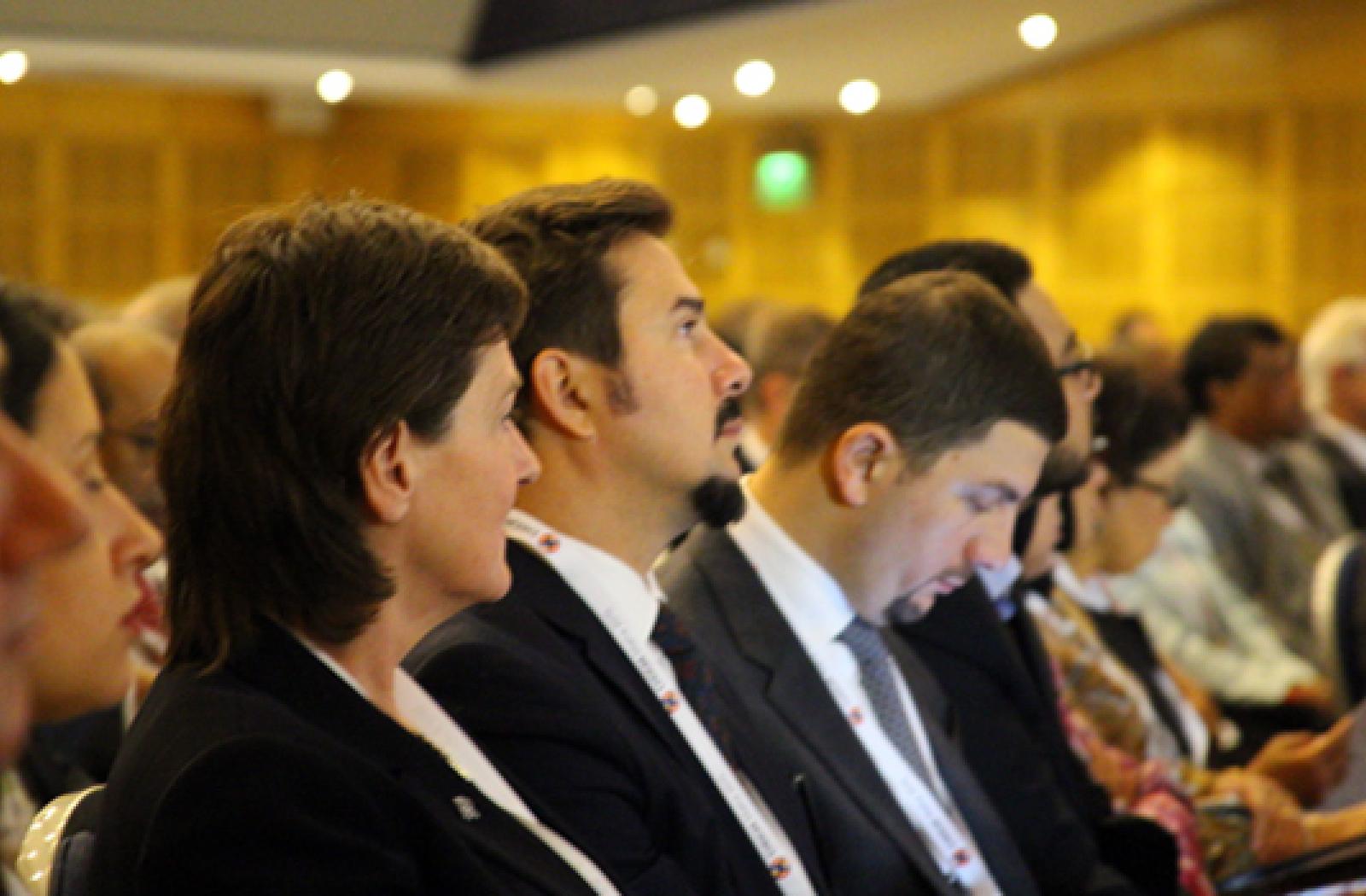 There was a full house at the opening of the Commonwealth Business Forum, which takes place ahead of the global summit of leaders in Malta between 27-29 November 2015.

There was a full house at the opening of the Commonwealth Business Forum, which takes place ahead of the global summit of leaders in Malta later this week. More than 1,000 participants will gather from 80 countries, including 21 heads of government, to generate new business opportunities in the Commonwealth.

Delivering the opening remarks, Commonwealth Secretary-General Kamalesh Sharma set the tone of the Forum and announced, “The Commonwealth is open for business and to business”. He stated that the main objective is to improve economic prospects for all citizens.

“Resilience is inconceivable without prosperity. Citizens want good governance and want their prospects in life to improve. I would like to think the Commonwealth does that,” said Mr Sharma.

Mr Sharma described the Commonwealth as a “terrain of familiarity that drives business”.  He referred to a new trade report published by the Commonwealth, which quantifies the advantages brought about by membership.  He noted efforts to promote transparency and eradicate corruption in business, demonstrated by Transparency International indicators showing eight of the top ten ranking African countries are part of the Commonwealth.

Referring to the first ever Women’s Forum, Mr Sharma reminded the audience that the Business Forum is not the only setting for discussing related issues and creating new opportunities. He talked about the importance of increasing women’s participation in business and supporting their leadership. He also referred to important dialogue taking place in the Youth Forum around youth entrepreneurship. “We are discussing business everywhere,” he said.

In his keynote address the Prime Minister of Malta, Joseph Muscat noted “there is a lot to do”. He talked about Malta as an important facilitator of dialogue, referring to hosting the 2015 Commonwealth Heads of Government Meeting and the recent Valletta Summit on Migration. He pointed to the country’s high economic growth and welcomed new opportunities.

“This Forum is about new partnerships and new deals. We will be demonstrating how the Commonwealth adds value…when it comes to trade, we do not recognise any borders. The world is our trading partner. We do not fear competition. We embrace competition,” said Dr Muscat.

He added: “I believe business can be the Commonwealth’s loudest voice. Imagine what we can do if we tap into this synergy we are standing on.”

The Business Forum, taking place from 23 to 26 November, is organised by the Commonwealth Enterprise and Investment Council (CWEIC) and the Government of Malta. It provides an important platform, ahead of the Commonwealth summit, to create new investment opportunities.

Over three days, leading figures in the public and private sectors will discuss issues and explore opportunities to advance sustainable economic development. Sessions cover a wide range of areas, including the Blue Economy, innovation in financial services, Islamic finance in the Commonwealth, and healthcare.

Chairman of the CWEIC, Lord Marland of Odstock, underscored the value of Commonwealth membership and highlighted the potential over the coming three days.

“We have 1200 people here from 80 countries and 21 heads of state. There can be fewer events that are able to gather such an impressive array of people. That is why the Commonwealth is important. You are going to be at the beating heart of contributions to the Commonwealth for generations to come,” he said.