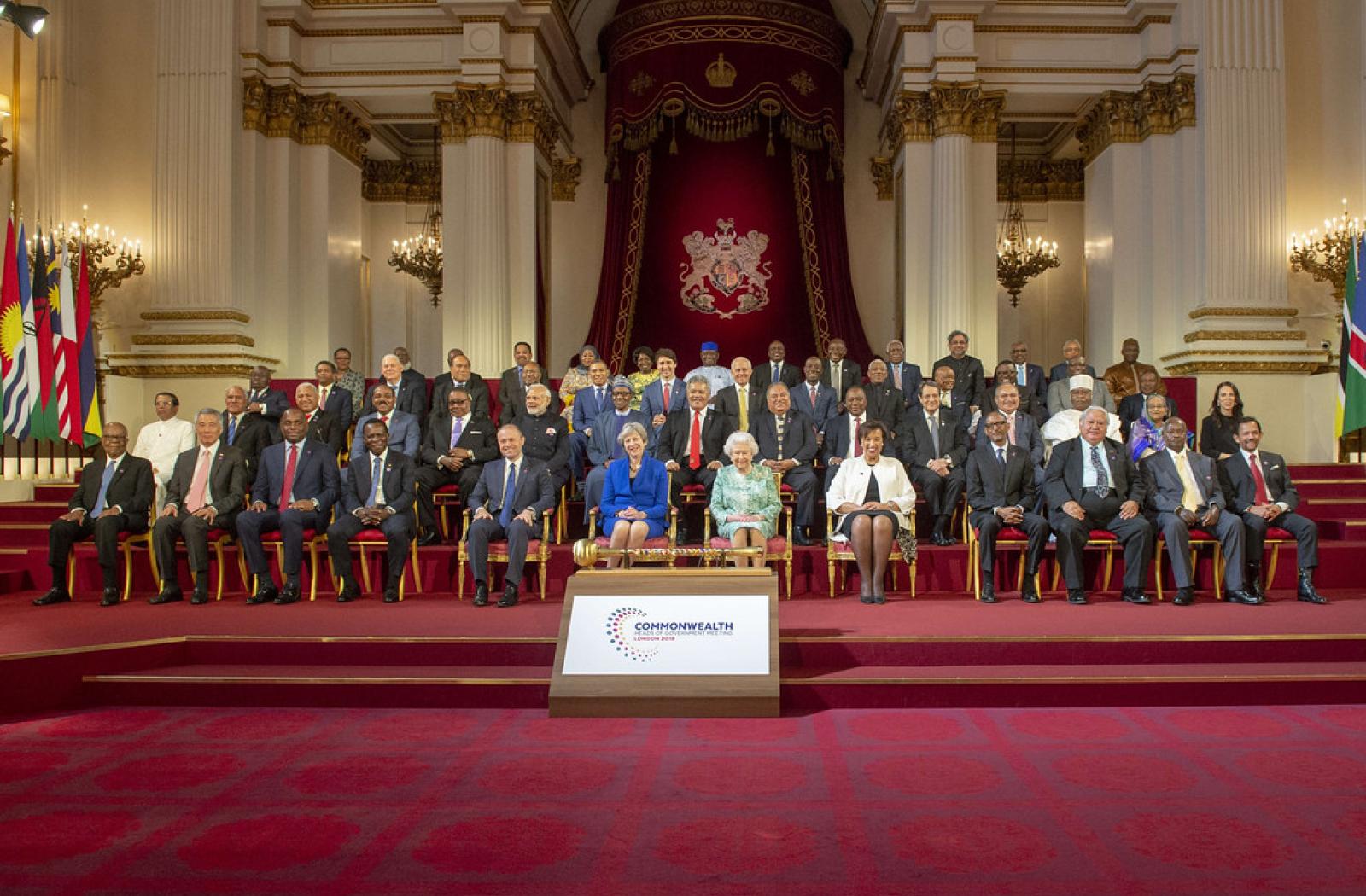 This week, the Commonwealth came to London. An estimated 5,000 delegates from every continent arrived for the Commonwealth Heads of Government Meeting (CHOGM), bringing their cultures, languages, perspectives and range of colourful flags that represent the vast diversity of our 53 countries.

This week, the Commonwealth came to London. An estimated 5,000 delegates from every continent arrived for the Commonwealth Heads of Government Meeting (CHOGM), bringing their cultures, languages, perspectives and range of colourful flags that represent the vast diversity of our 53 countries.

On Thursday, the Queen officially opened the meeting of leaders. They came from Africa, the Caribbean, Europe, the Americas, the Pacific and Asia, and walked along the red carpet for the formal ceremony at Buckingham Palace. Today, they go back to their countries with a bold consensus on commitments and strategies to protect our ocean, boost trade, tackle cybercrime, empower women and youth, and halt the devastating effects of climate change.

Heads of government had the rare opportunity to have in-depth discussions about shared concerns during roundtable meetings and at their retreat at Windsor Castle. The result was consensus on major global issues and big announcements. The heads decided that Prince Charles should be the next Head of the Commonwealth and that Rwanda should host the next CHOGM in 2020. Earlier in the week, the Queen appointed Prince Harry as Commonwealth Youth Ambassador.

All the heads of government praised Queen Elizabeth, who has been serving as head of the Commonwealth for 66 years. The British Prime Minister, Theresa May, paid tribute to her “vision, duty, steadfast service and nurturing growth of the Commonwealth”.

At the final press conference, Prime Minister May stressed the importance of the Commonwealth. “This week we have demonstrated that the Commonwealth is united, not only by a common history, but by a common future,” she said. “A future in which we work together for the benefit of all our citizens and the wider world.

“For when many of the greater challenges we face are global in nature, the breadth of the Commonwealth, spanning six continents and a third of the world’s population, offers a unique perspective in helping to forge the global solutions we need.”

At the final press conference, other leaders also reinforced its relevance. We are very satisfied, Ghana’s president, Nana Akufo-Addo, declared, that the Commonwealth continues to be a relevant organisation. Grenada’s prime minister has been attending CHOGMS since 1997. Keith Mitchell described this year’s meeting as the most productive he’s ever attended. Samoa’s Prime Minister, Tuilaepa Aiono Sailele Malielegaoi welcomed the Commonwealth’s focus on its most vulnerable members.

Secretary-General Patricia Scotland spoke about the renewed commitment of member countries to the organisation, including ensuring its financial stability.

She announced the adoption of the Commonwealth Blue Charter by all 53 governments, laying the foundation for strong collaboration on action to protect our ocean from the effects of climate change, pollution and over-fishing. A range of member countries have pledged to lead on specific issues such as coral reef regeneration, mangrove restoration and ridding the ocean of plastic.

“This landmark decision to adopt a Commonwealth Blue Charter,” the Secretary-General said, “will affect one third of the world’s national coastal waters, helping to sustain livelihoods and ecosystems globally”.
The Secretary-General also announced a multi-year agreement between the Commonwealth Secretariat and Bloomberg Philanthropies to explore mutually supportive initiatives to boost international trade, innovation and sustainability.

In addition, they adopted the Commonwealth Cyber Declaration, agreeing to work together to evaluate and strengthen their cybersecurity frameworks and response mechanisms. The UK government pledged up to £15 million to help Commonwealth countries strengthen their cybersecurity capabilities and ‘tackle criminal groups and hostile state actors who pose a global threat to security, including in the UK’.

Many of the CHOGM’s outcomes are a product of three days of deliberation at forums for women, young people, businesses and civil society.

Protecting the environment dominated the agenda at the youth forum, while the women’s forum called on governments to abolish laws that allow discrimination and replace them with legislation that protect women’s rights. The business forum focused on free trade describing it as ‘the engine for global prosperity’. On Thursday they submitted recommendations and issues to foreign ministers to consider during their sessions.

“The heads asked for action, concrete action on the ground, which will have the impact which is needed to change the lives of our 2.4 billion people in our Commonwealth,” said Secretary-General Scotland. She added, “It was the most extraordinary CHOGM!”