Commonwealth ministers commit strongly to Sport for Development and Peace

"The importance of sport as an effective instrument for social and economic development is well-recognised" – Hugh Robertson, UK Minister for Sport and the Olympics

Sports ministers and senior officials from 43 Commonwealth nations on Wednesday, 25 July, strongly endorsed a set of guidelines which will assist governments to strengthen Sport for Development and Peace approaches, and incorporate sport-based activities into development programmes.

The framework, which was developed by the Commonwealth Secretariat, provides guidance on integrating sport in development areas including health, education and peace-building. Among other things, they promote the inclusion of women and girls, marginalised communities, and people with a disability. They also stress the safeguarding of participants in sport.

“They will help officials and stakeholders explain, in an evidence-based way, how sport can contribute to development priorities, and also provide a framework for analysis, action planning, and monitoring of progress. We now have the go-ahead to pilot them in member countries."

Commonwealth sports ministers gathered in London as the city welcomes thousands of athletes, officials and spectators for the start of the 2012 Olympic Games this coming Friday, 27 July. The 6th Commonwealth Sports Ministers Meeting was chaired by Hugh Robertson, UK Minister for Sport and the Olympics.

For the day, focus was shifted from elite athletics and international competition, to the important contribution sport and physical activity can make to development efforts across the Commonwealth.

Welcoming delegates, Mr Robertson said that sport remains a key part of the Commonwealth’s identity. He added: “The benefits of physical activity and the importance of sport as an effective instrument for social and economic development are well-recognised, and Commonwealth Sports Ministers Meetings provide the appropriate forum to share experiences.”

Commonwealth Secretary-General Kamalesh Sharma said Sport for Development and Peace remains an important part of collective engagement in the Commonwealth.

Ministers also agreed to collaborate on drafting another set of guidelines focused on governance in sport, and asked the Commonwealth Advisory Body on Sport to work with member governments on integrity issues, including illegal sports betting and match fixing.

Delegates also received an update on preparations for the 2014 Commonwealth Games, which is when they will meet again in the host city of Glasgow, Scotland. 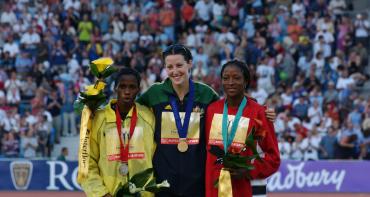