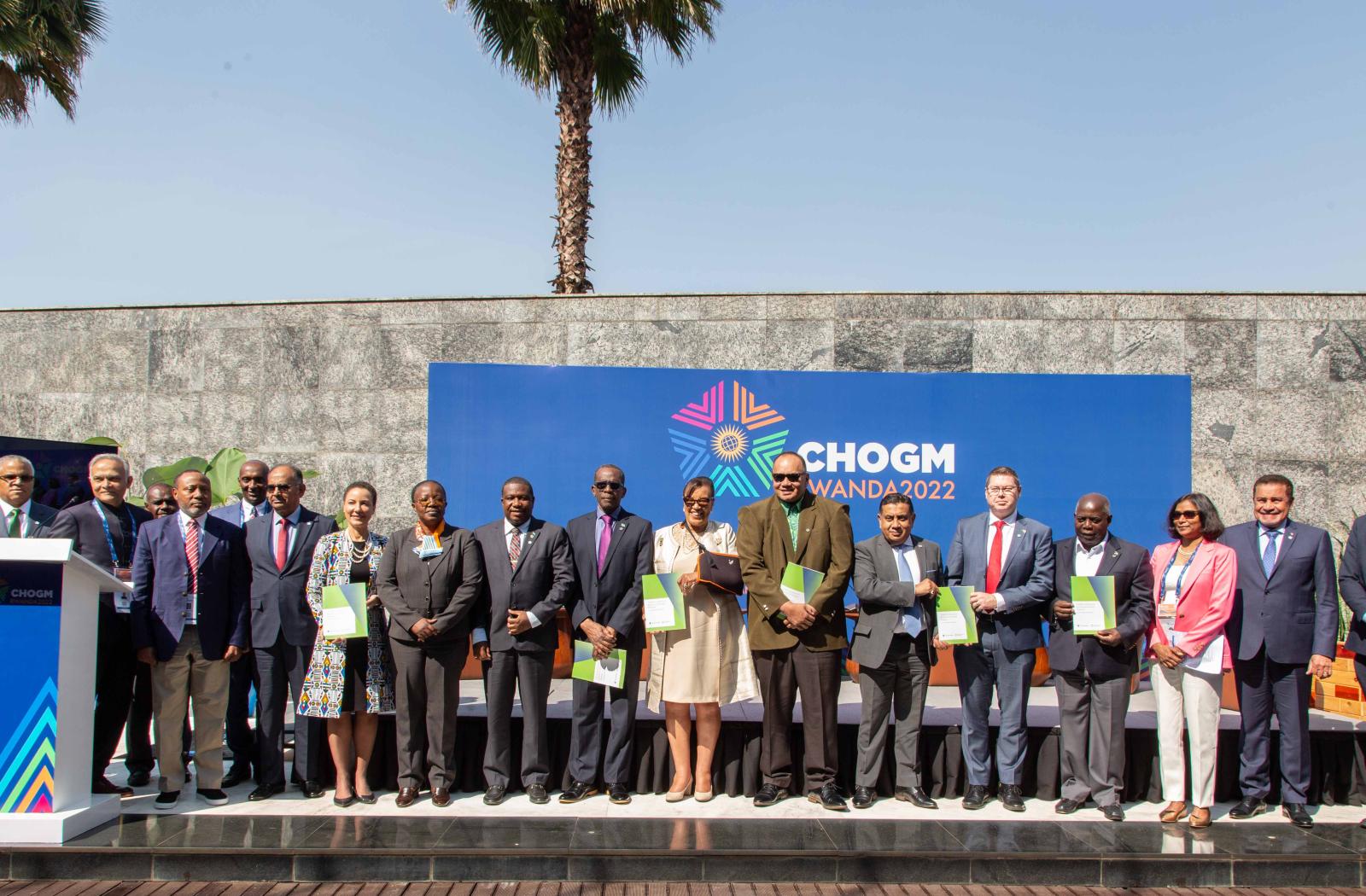 Leaders and senior officials from across the Commonwealth have voiced their robust support for a non-binding charter on climate change, biodiversity and land degradation, that would boost coordinated action in these areas among the 54 countries of the Commonwealth.

The document, known as the ‘Living Lands Charter’, is slated for discussion and possible adoption at this week’s Commonwealth Heads of Government Meeting (CHOGM) in Kigali, Rwanda.

During a high-level breakfast event held today in the margins of the Kigali gathering, the Commonwealth Secretary-General, the Rt Hon Patricia Scotland QC, set the context for discussions, stating:

“Tens of millions of the 2.5 billion people who call the Commonwealth home – 60 per cent of whom are under 30 – are already in the cross hairs of climate change. They know that without our action, the force and frequency of violent weather, fire, shortages of food and water and the threat of rising seas will continue to intensify until it overwhelms them.

“It is our duty to put their voices, their experiences, at the heart of what we do here – and turn it into action.” 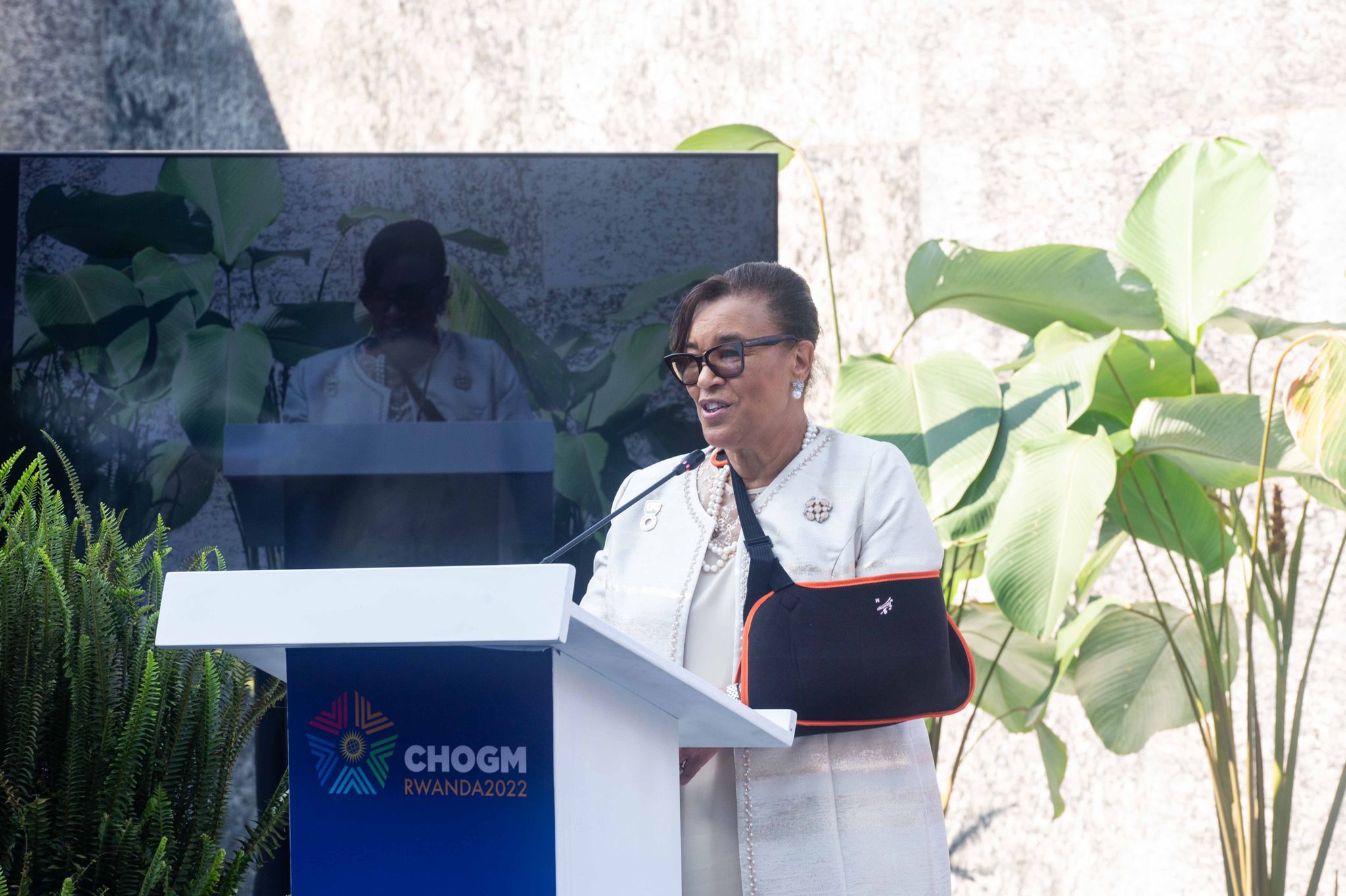 The meeting today featured statements from the Prime Ministers of Saint Lucia, Tonga, Mauritius and Fiji (delivered on his behalf by Fiji’s High Commissioner to the UK), who all welcomed the work led by the Commonwealth Secretariat over the past two years to consult with countries and regions in shaping the agreement.

“The Commonwealth Call for Action and Living Lands Charter is a step in the right direction. It holds great promise in strengthening and enhancing for coordinated implementation of relevant actions on the street Rio Conventions, serving as a catalyst for global political will and financing climate action, building resilience, reducing biodiversity, biodiversity, loss, and impeding land degradation.” 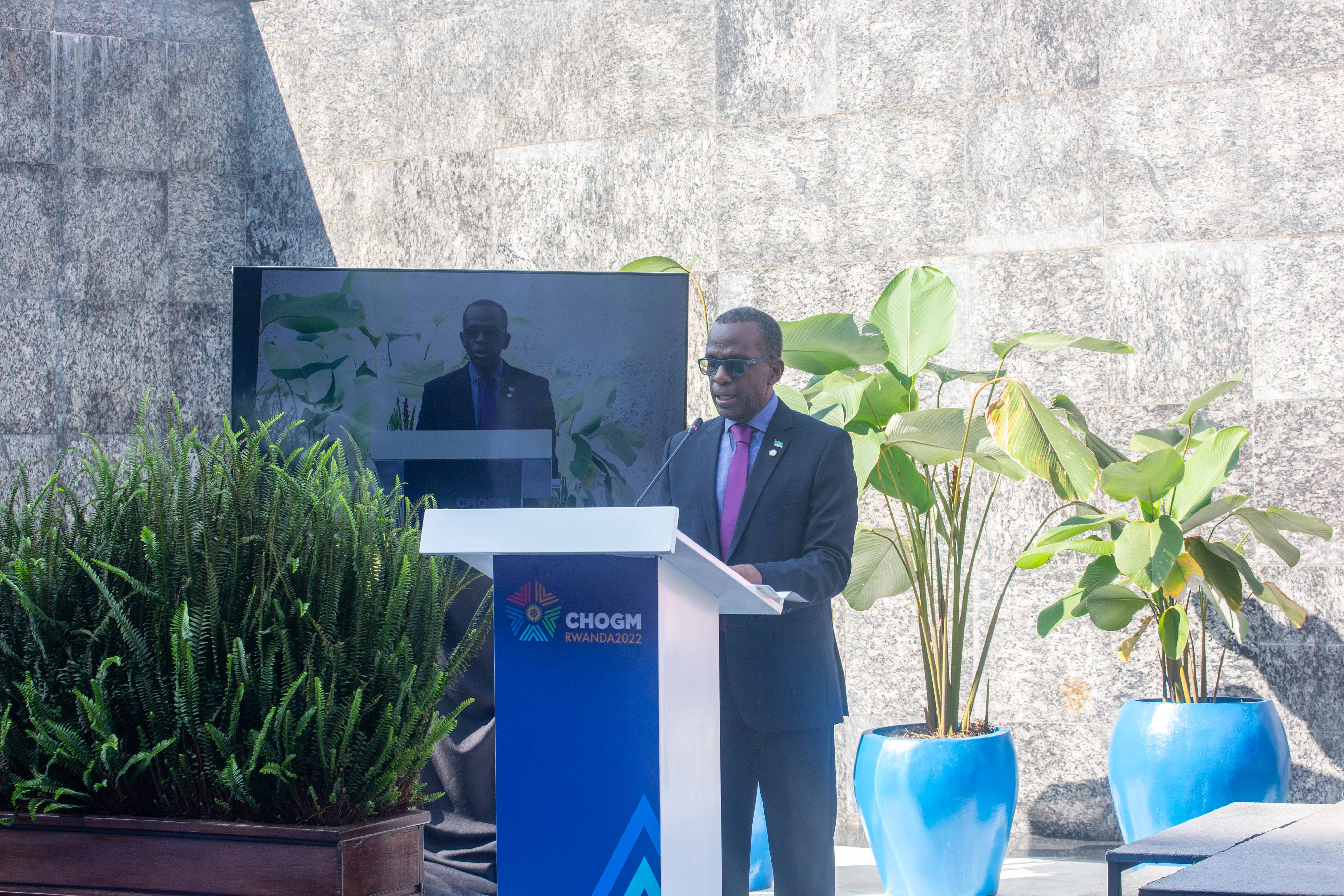 “The need to support climate adaptation, biodiversity and land enrichment measures to protect our communities and natural ecosystems is of great urgency. However, without the necessary financial support, we will be unable to implement any concrete actions and achieve shared goals. The Government of Tonga [supports the] call for increased global funding and investment towards land and other nature-based actions within the context of a post COVID-19 green recovery.” 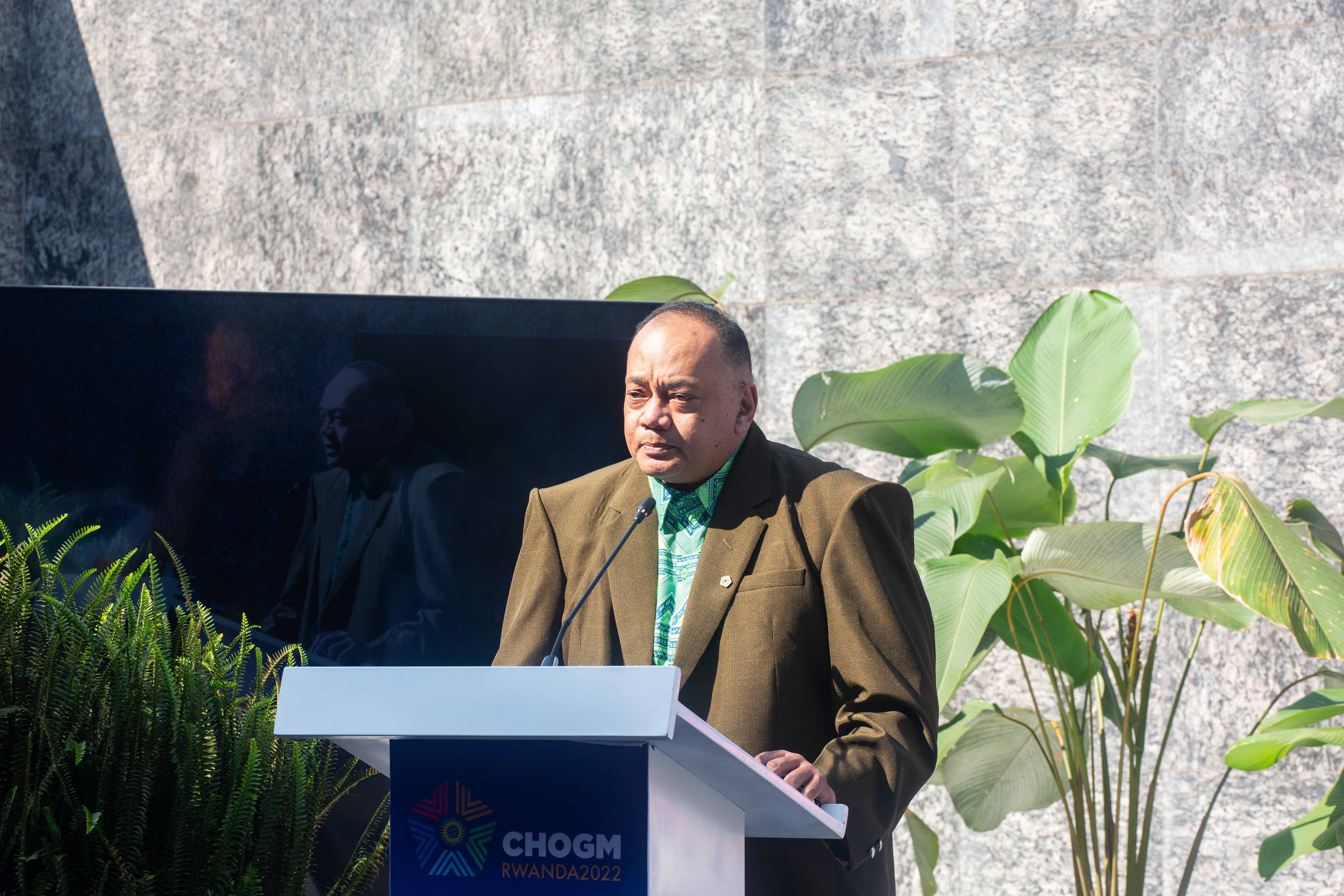 “I seize this opportunity to express our strong support for the proposed Commonwealth Living Lands Charter that will spur concerted actions for enhancing climate action and fostering efficient management of landmass, soils and terrain. We are gratified that the Commonwealth continues to be at the forefront of the global movement to address climate change.” 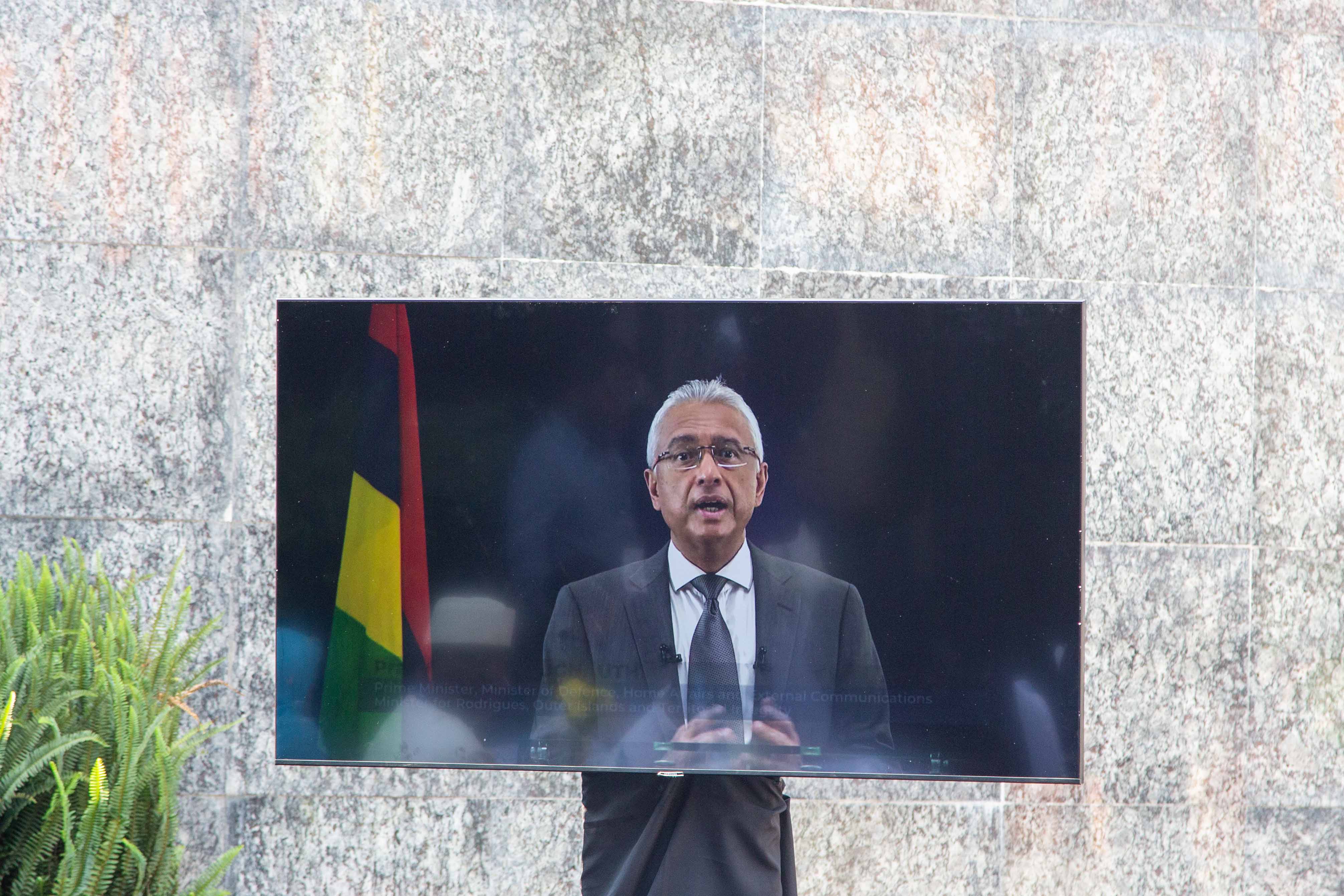 The Prime Minister of Fiji, Hon Frank Bainimarama, provided a statement through Fiji’s High Commissioner to the UK, Jitoko Tikolevu. He said:

“If left unchecked, climate change will undo a lot of the progress made over the past years in development. It can also exacerbate, as we are already seeing, current threats such as food and water scarcity, which can lead to conflict. Doing nothing will end up costing us a lot more than if we take actions now that will lead to more jobs, greater prosperity, and better lives for all, while reducing greenhouse gas emissions and building climate resilience.”

The Living Lands Charter, if agreed at CHOGM, will be implemented through multiple mechanisms and processes, including the Commonwealth Climate Finance Access Hub.

The Hub is headquartered in Mauritius and coordinates a network of highly skilled national and regional climate finance experts embedded in relevant government ministries to help them secure funding for climate action.

This is achieved by developing projects and submitting proposals to international funds for support, as well as providing human and institutional capacity building, and assisting in the development of climate action policies.

At the event, the Government of Australia announced a fresh contribution of AUD$2 million to support the Commonwealth Climate Finance Access Hub. 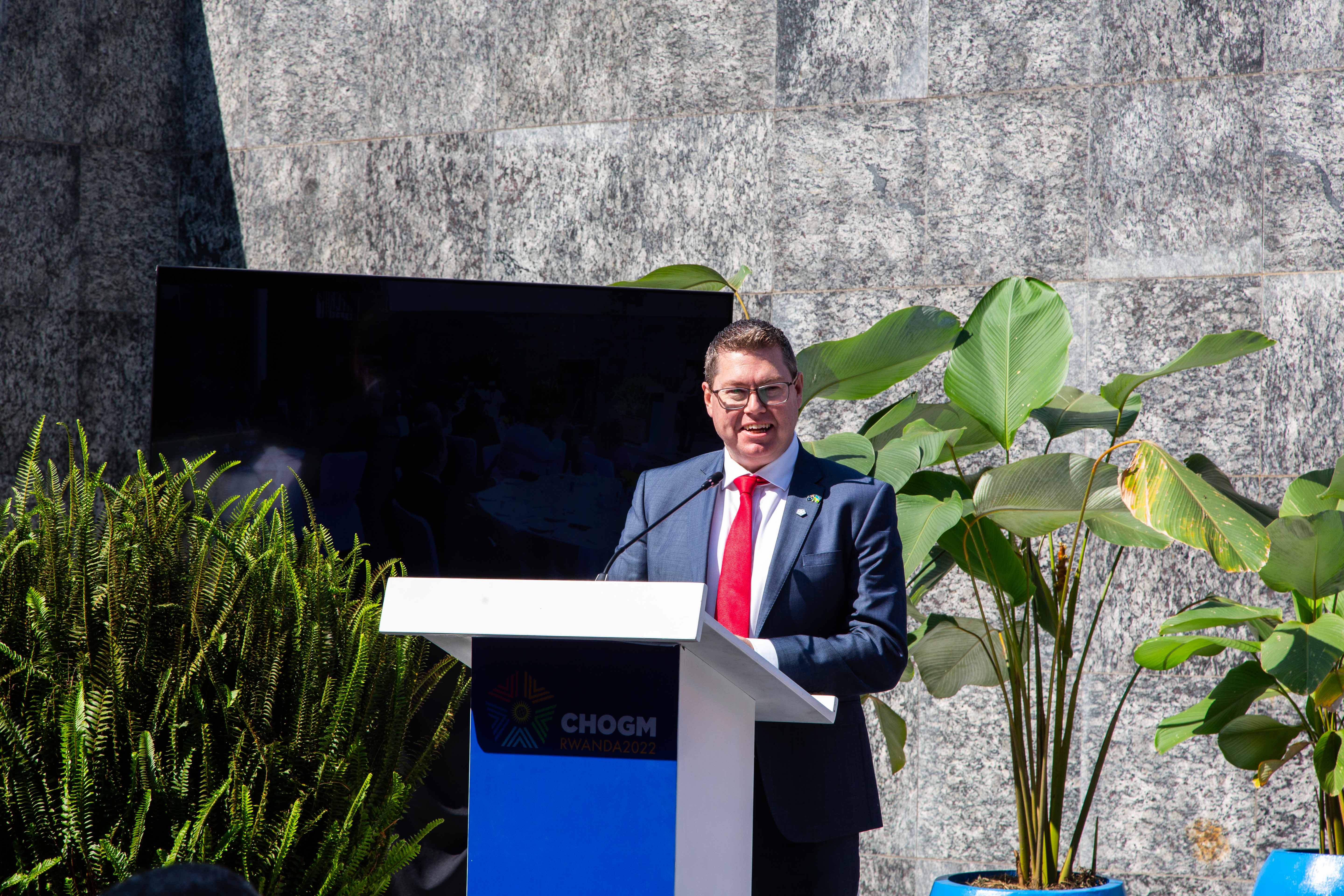 Underlining the new government’s commitment to being a more constructive and ambitious partner to combat climate change, the Australian Minister for International Development and the Pacific, the Hon Pat Conroy said:

“Australia has heard the call and is increasing our development assistance to address climate change adaption and resilience particularly in the Pacific. This includes through a new Pacific Climate Infrastructure Financing Partnership, where we will work with the Pacific family to support climate related infrastructure and energy projects in the Pacific.

“We have also committed an additional AUD 2 million for the Commonwealth Climate Finance Access Hub, to help countries access finance.”

Under the Call to Action on Living Lands, the Hub will unlock vital financial and capacity building support for projects linked to themes such as climate smart agriculture, soil and water conservation, green cover and biodiversity, livestock rearing, engaging indigenous people and climate resilient development.

Read the Toolkit to Enhance Access to Climate Finance