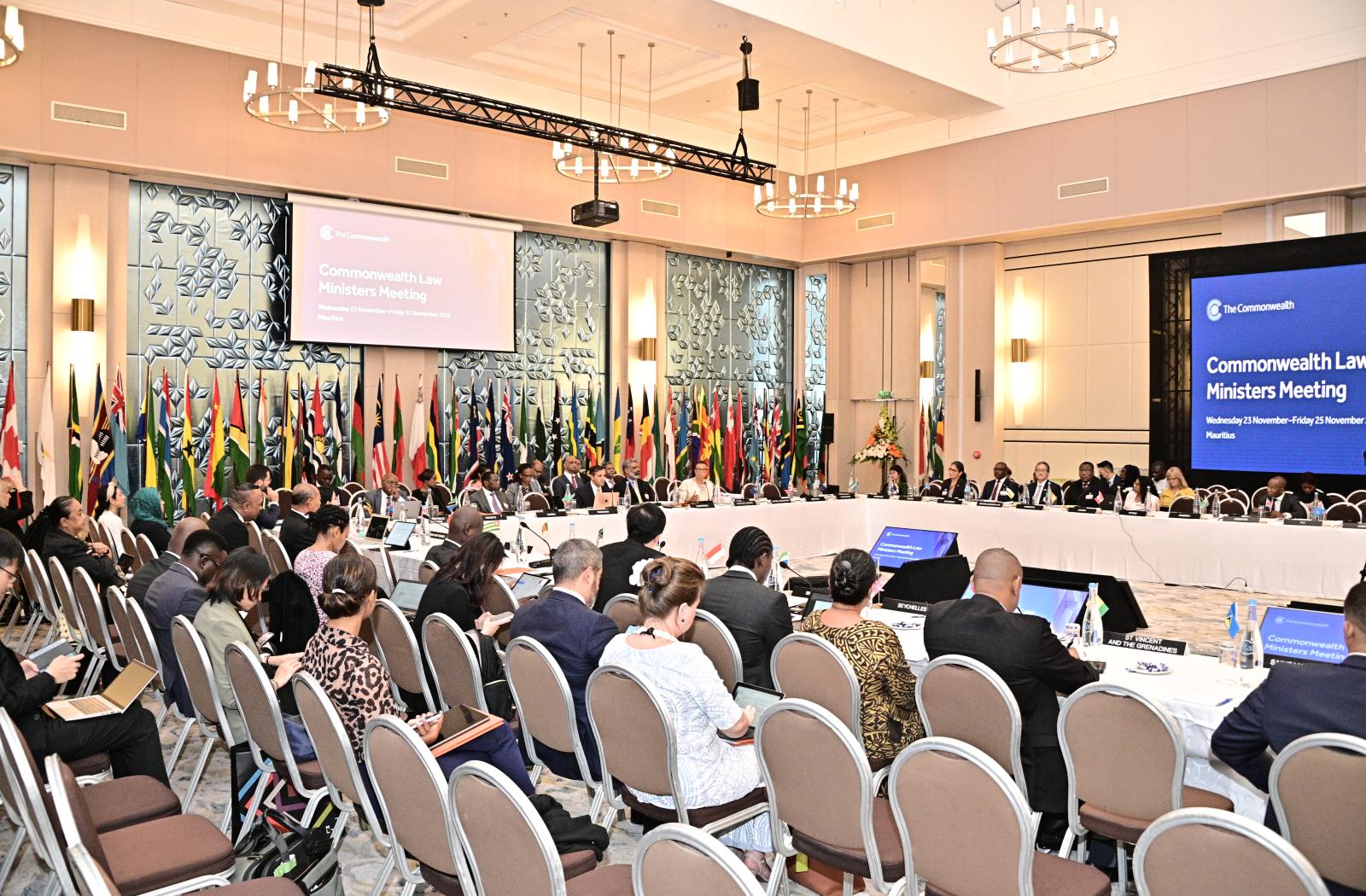 Today after three days of deliberations, the Commonwealth Law Ministers Meeting 2022 concluded with a set of proposed actions to be taken at the national and Commonwealth level to realise equal access to justice and justice transformation for all by 2030.

The Plan of Action that Commonwealth Heads of Government endorsed in Kigali in June 2022 includes the development of an access to justice toolkit and a small claims court app, the Commonwealth legal knowledge exchange portal, the implementation of people-centred justice projects, the development of the 100-day toolkit for Justice Ministers, an integrated family court project and model contracts in investment, energy and extractives.

Speaking about the work of the Secretariat, the Commonwealth Secretary-General the Rt Hon Patricia Scotland KC said:

“The resources developed by the Secretariat and its partners are useful weapons in every law minister’s arsenal, shortening the journey towards the development of solutions for legal problems. I encourage every justice minister to take advantage of the toolkits and resources which were shared during this meeting.

If we approach our task with the energy, unity and purpose which is the hallmark of the Commonwealth at its best, then we will succeed”

Law Ministers recognised the urgent need to deliver justice to as many people as possible in a sustainable manner, requiring a shift to more evidence-based, data-driven justice solutions.

Some resources provided to Law Ministers during the meeting include:

Senator the Honourable Renuka Sagramsingh-Sooklal, Minister in the Office of the Attorney General and Ministry of Legal Affairs, Trinidad and Tobago said:

“This meeting is very important to Trinidad and Tobago because a meeting such as this is a platform that allows us the opportunity to lap up a vast amount of information and resources provided to a Small State and Member States by the Commonwealth Secretariat on key critical areas of law. Trinidad and Tobago have benefited from the tool kits that have been provided, the vast amount of resources and research data and guidance that are critical to the development of the country.”

Another key development during this week's meeting was the unanimous agreement of Law Ministers to recommend the 'Commonwealth Principles on Freedom of Expression and the Role of the Media in Good Governance' to Commonwealth Leaders to consider at the next Commonwealth Heads of Government Meeting (CHOGM).

To learn more about Law Ministers’ decisions at the 2022 Commonwealth Law Ministers meeting, read the Outcome Statement. The recommendations adopted by Law Ministers at this meeting will inform justice work in their respective countries across the Commonwealth.

News and photos from the 2022 Commonwealth Law Ministers Meeting