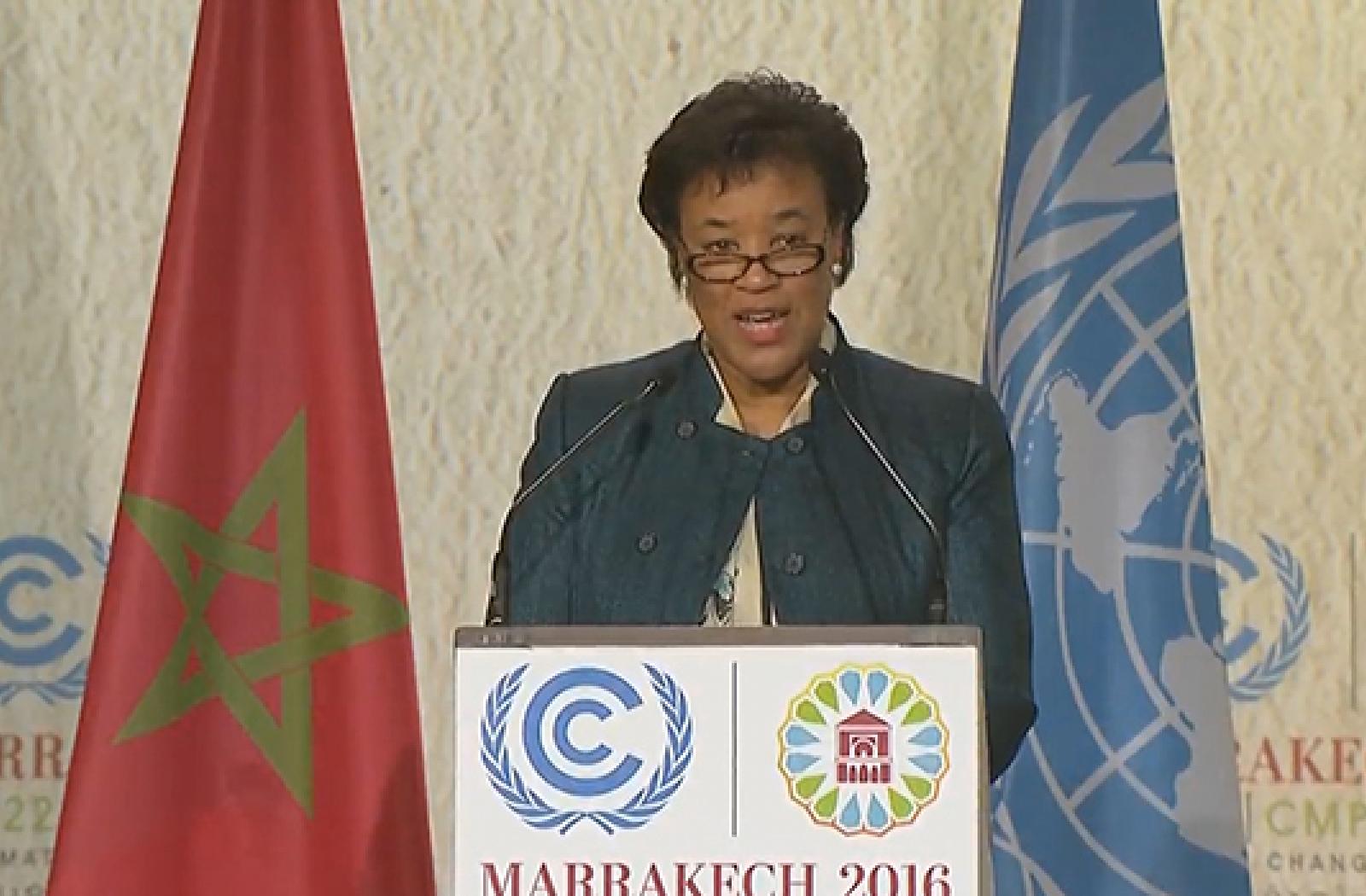 The Commonwealth reaffirmed its support to small states and vulnerable developing countries which face a daunting task in adapting to climate impacts, from desertification to rising seas.

The Commonwealth reaffirmed its support to small states and vulnerable developing countries which face a daunting task in adapting to climate impacts, from desertification to rising seas.

A year since world leaders agreed the Paris Agreement on Climate Change, Commonwealth Secretary-General Patricia Scotland asserted that “our priority is to move from agreement to action”.

The Secretary-General was speaking at the high level segment of the United Nations Framework Convention on Climate Change conference, or COP22, in Marrakech, Morocco.

In her address, she urged the world to embrace “pioneering approaches” to climate change to make good on the hopes and aspirations of the Paris agreement, at COP21 in France.

The Paris agreement aims to hold the increase in the global average temperature to well below 2°C above pre-industrial levels, to pursue efforts to limit the increase to 1.5°C, and to achieve net-zero emissions in the second half of this century.

“I speak for the Commonwealth collectively, a family of 52 member states, among them countries in all continents and oceans that are highly vulnerable to climate change,” she said.

The Secretary-General highlighted the Commonwealth’s 30-year record on advocating for action on climate change, noting that this “longstanding focus bore fruit a year ago” when member governments agreed an historic declaration at their Heads of Government summit in Malta 2015.

“Days before COP21, our member states, in their rich diversity, agreed to set ambition high, and paved the way for the Paris agreement,” she said.

In the months since, the Commonwealth Secretariat has opened a Climate Finance Access Hub with the Government of Mauritius, which will help countries to unlock the billions of dollars of pledged funds to deal with mitigating and adapting to climate impacts.

Last month, the Commonwealth Secretariat in collaboration with the Cloudburst Foundation also convened a Regenerative Development workshop. It brought together biologists, ecologists, oceanographers and regenerative development specialists to look at ways to mitigate the human impacts of climate change.

“Our focus was on developing positive action for the living world to restore climate balance, including biomimicry, permaculture, ecological engineering, and circular economies,” the Secretary-General continued.

“It is through such pioneering approaches, I believe, that, as on so many occasions in the past, the potential of our Commonwealth networks and meetings will be mobilised to lay the foundations on which progressive global consensus can be built to create a safer and more sustainable future for all.”

Learn more about the Commonwealth's engagement at COP22