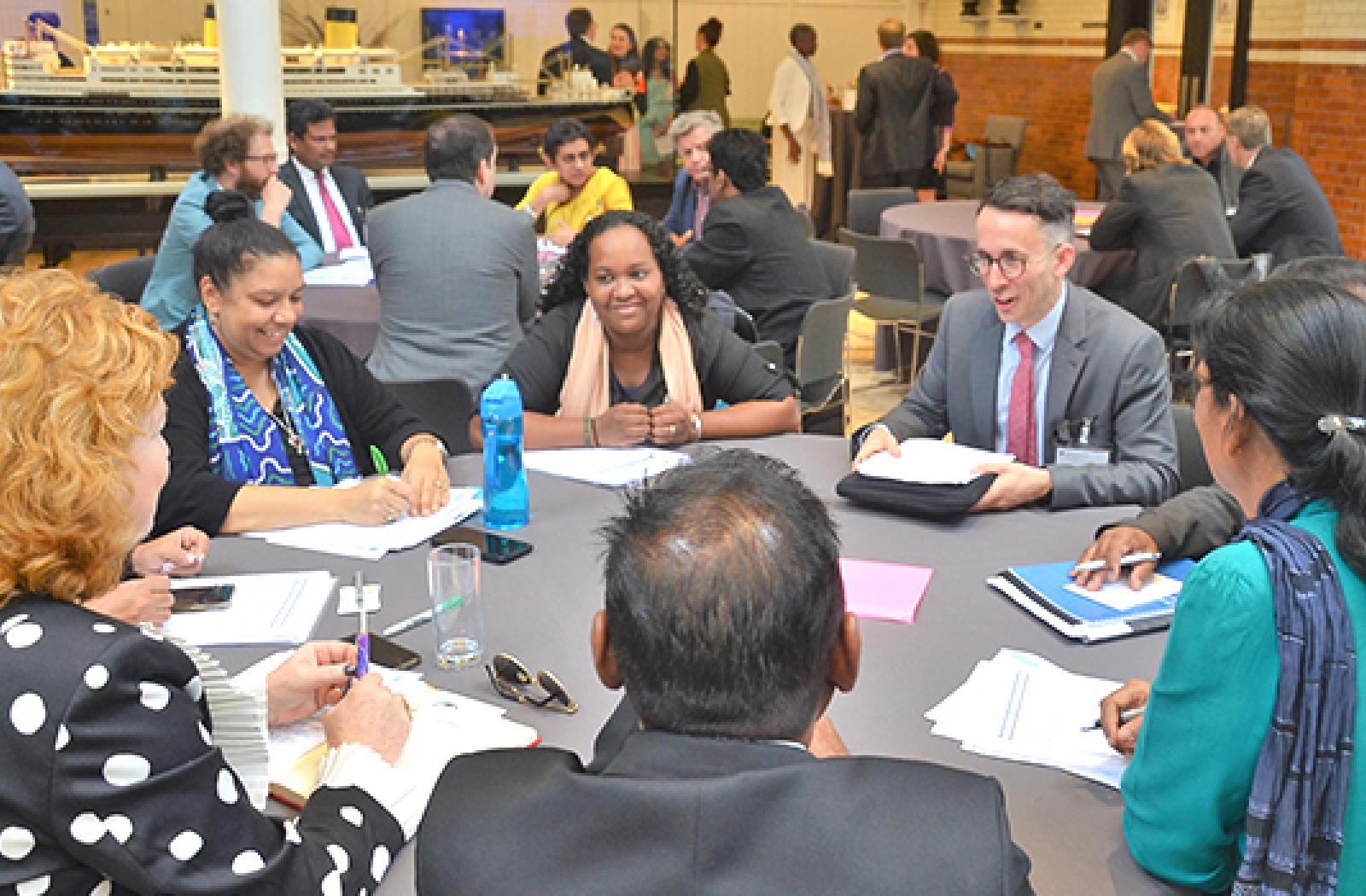 Fresh alliances are set to flourish under the Commonwealth’s flagship programme for ocean action, known as the Blue Charter.

On Thursday, the Commonwealth and Bloomberg Philanthropies co-hosted an intensive partnership forum for ‘champion’ countries that have volunteered to lead action groups tackling ocean issues under the Commonwealth Blue Charter.

Gemma Read heads up Bloomberg’s Philanthropy & Engagement for Europe, the Middle East, Africa and Asia-Pacific. She said: “The power of partnerships delivers high impact solutions for some of the world’s greatest problems. We really believe that by combining our resources and our tools we are able to use that data to build ocean resilience around the world."

Country representatives heard “pitches” and panels from around 40 potential partners from the private sector, science and research community, civil society and charities, all keen to work with them on issues such as coral reef protection, the ocean economy, and plastic pollution.

Countries sought out the best placed partners to help them address their needs, ambitions and constraints.

Participant Angela Braithwaite is the Caribbean director for Blue Finance, an NGO that provides sustainable financing for marine protected areas. She said: “The platform is great - it’s not often that you have so many different countries in one room, with a single focus, and who are interested in what you have to offer.”

Alain de Comarmond, Principal Secretary of the Department of Environment of Seychelles, added that he was encouraged by the support from such a wide range of potential partners, as well as the teamwork amongst group members.

There are currently nine action groups under the Blue Charter, striving to make headway on various ocean challenges, by sharing strategies, scaling up best practices and mobilising resources for shared projects.

The UK and Vanuatu, for instance, have rallied 27 member states so far to join their action group on marine plastic pollution, also known as the Commonwealth Clean Ocean Alliance.

As Commonwealth Chair-in-Office, having chaired the last Commonwealth Heads of Government Meeting in 2018, the UK has made available £66.4 million for projects that tackle marine litter. It has also joined other action groups on coral reef restoration and protection (co-championed by Australia, Belize and Mauritius), mangrove restoration (led by Sri Lanka), ocean and climate change (led by Fiji) and ocean acidification (led by New Zealand).

Paulo Kautoke, Senior Director for Trade, Oceans and Natural Resources at the Commonwealth said: “What we are trying to do here is to move the global ocean agenda forward. We hope that these action groups can become effective vehicles to deliver commitments such as the Sustainable Development Goals.”

The day-long event wrapped up with a special address from prominent environmental activist Alexandra Cousteau, who urged delegates to “articulate a vision of abundance” and focus on pooling together ideas, technologies and innovations to ensure a vibrant future for the ocean.

The partnerships programme was co-organised with Bloomberg Philanthropies’ Vibrant Oceans initiative, as part of the Commonwealth Blue Charter All Champions meeting held from18 to 21 June in London.