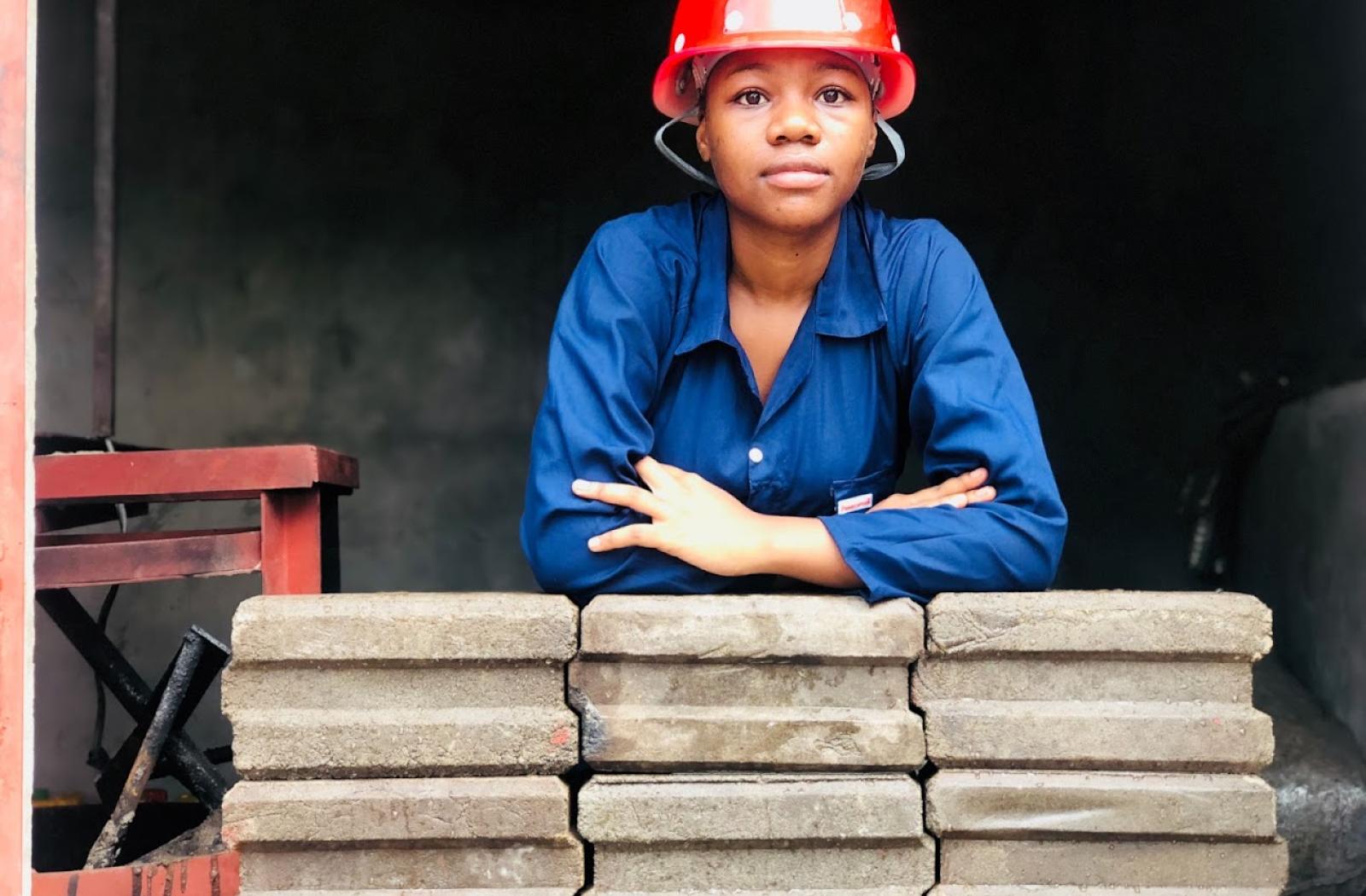 Hellena Sailas from Tanzania says nobody believed she could start a waste management enterprise. To them, it seemed an unlikely aspiration for her age and gender.

This cultural stereotyping and limitations placed on girls and women is one of several challenges the young entrepreneur faced in her pursuit of a career that would help protect the environment she loves so much.

The East African country of Tanzania where Hellena lives is well-known for its vast national parks, tropical coastline and Kilimanjaro Mountain, home to Africa's highest Mountain.

Despite gender-related cultural reservations from her community, Hellena continued with her mission to protect Tanzania's natural beauty and soon started Arena Recycling and Arena Technology – social enterprises that have helped drive the use of a recycled construction technology called eco-bricks, and are contributing to a healthier, more sustainable environment for all.

Hellena’s journey began in 2019 after she attended a United Nations environment conference and volunteered for a non-governmental organisation engaged in beach clean-ups and ocean advocacy.

After researching how to prevent waste from reaching the ocean, she realised a solution lay in identifying the primary sources of plastic pollution. This was the birth of the idea for her venture, Arena Recycling.

“After attending the UN Environment Youth conference, I got insight about the Sustainable Development Goals (SDGs) and very concerned about SDG 14: life below water. I learned how plastic affects our ocean and marine life and decided to find a solution.

“But instead of collecting plastic from the ocean, I wanted to learn what we can do to prevent it from getting there in the first place.”

After further research on a wide variety of methods for plastic management, Hellena and a friend decided to operate their recycling differently to other waste management companies in Tanzania.

Rather than just working to prevent waste from getting to the oceans, she decided to transform plastic waste into reusable products, such as construction materials, particularly eco-bricks.

Her idea was a new and unique concept locally, so many people in her community thought she was embarking on a journey she would not finish. But through practical trial and error, Hellena and her team learned to turn plastic waste into usable eco-bricks.

This innovation created a movement locally, and today in Tanzania, eco-bricks are used in Dar es Salaam city for house construction and other major building projects.

The success of Arena Recycling led to Hellena and her friends starting another social enterprise, Arena Technology, which specifically converts the plastics and sand into building materials like eco-bricks.

Arena Technology has had a wider impact on the local economy too. She says: “The reason behind this is to add value to that plastic; we can keep the environment clean and we can create jobs for youth and women.”

Her companies have also partnered on different projects that serve local communities, including the U.S. Embassy and Young Water Solutions, an international NGO that constructs toilets and sinks with eco-bricks. Primary schools in her community of Dar es Salaam have also benefited from the project.

Thanks to Hellena’s hard work, local communities now trust the capability of the recycled materials – not only because eco-bricks are durable, but because they are the best way to protect the environment.

But although her social enterprises have a had big impact, gender discrimination has continued to cause problems for Hellena. “I asked the bank for a loan, and the response was like 'you are young and you are also a girl, how can you assure us that you can return our money?'. People looked at me like I cannot do this because of my age and gender. I have faced that challenge from many people.

“Although many people know about Arena Recycling in Tanzania, they do not know the founder. When I speak to people who want to make donations, their reactions are quite challenging sometimes.”

Aside from the discrimination Hellena faced as a woman engaging in a non-traditional profession, she also encountered technical problems finding engineers and machines that were advanced enough to suit her manufacturing process.

“This is an innovation, so when it came to adjusting the machines to meet our needs, some engineers had problems with understanding what we wanted,” Hellena explains.

While this slowed their progress down, eventually the machines were modified to standard thanks to private sector donations – but today the enterprise still requires funding to obtain advanced machines that can enable mass production. 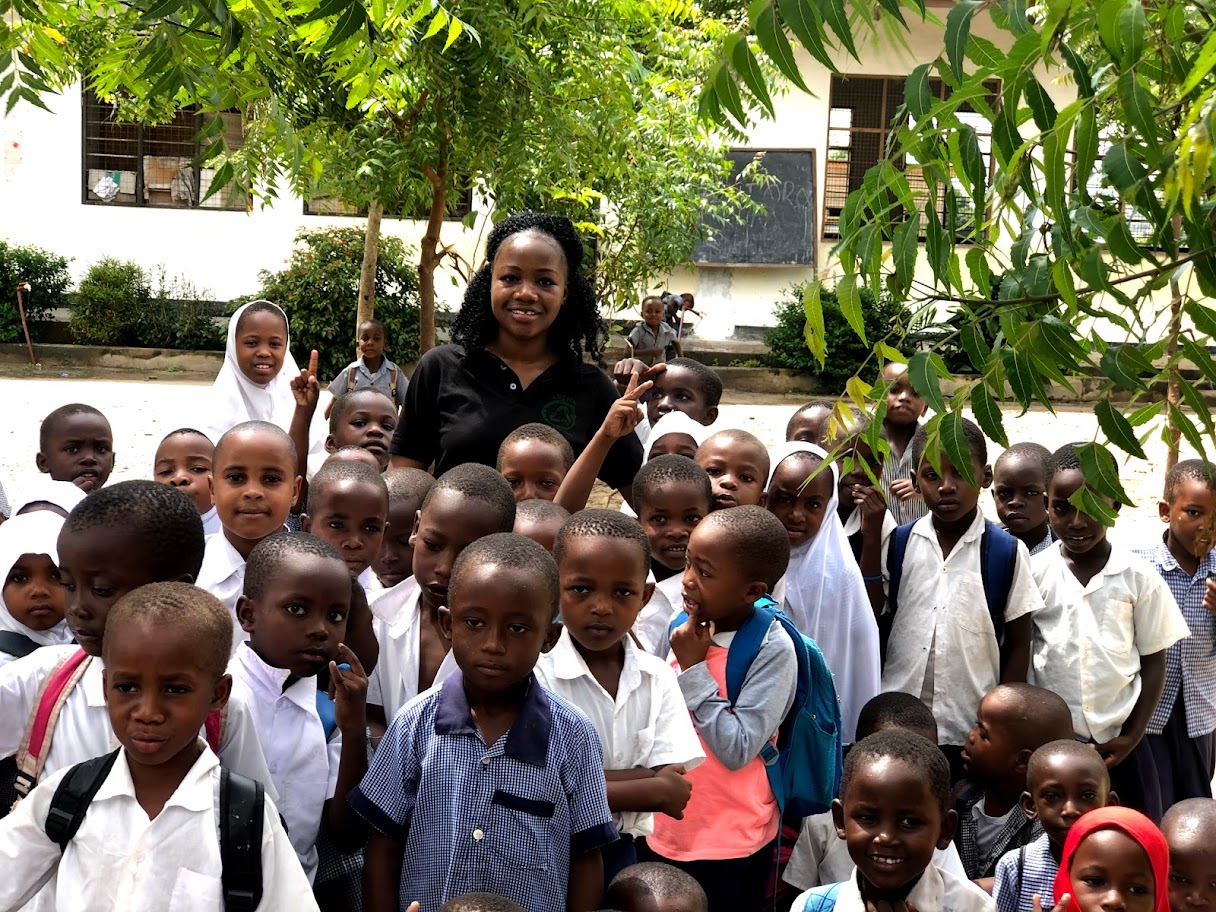 Hellena says these technological and cultural challenges do not bother her, because she knows she is directly providing value to society and the environment.

While surrounding herself with a team of people who are equally passionate about her vision and mission is inspiring, Hellena also finds great motivation in moving past the disbelievers and discrimination that may hold others back. She advises: “We have to convert all these challenges into opportunities. When you are faced with a new challenge you find new ways of solving them; you do not need to quit or give up.

“And when you read about successful entrepreneurs, you should know the road wasn’t all smooth. Continue doing your best to solve every obstacle and move on.”

You can learn more about Arena Recycling on Facebook and LinkedIn.

All photos are by Irene Goodlucky and owned by Arena Recycling