Blog: How a new generation of storytellers are helping drive climate action 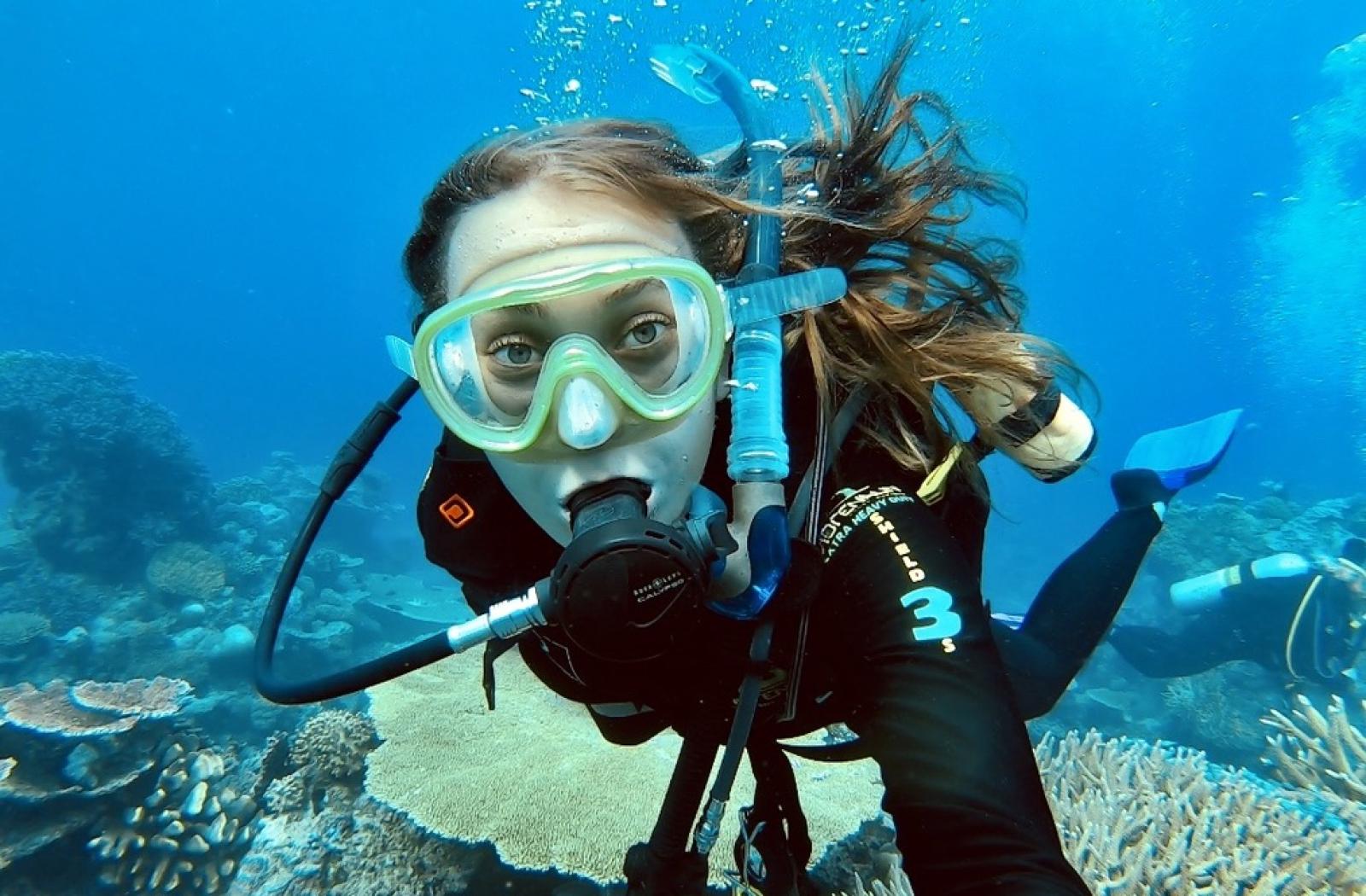 Climate and ecological disaster is not just a problem we face in the future. It is harming people across the Commonwealth today.

From plastic, oil and air pollution to extreme weather events, illegal wildlife trade and deforestation, according to the latest IPCC report there is now accepted scientific consensus that humans are responsible for these problems – and that the impacts will get much worse if we continue to delay climate action.

Yet while public awareness of the climate crisis appears to be growing, there is still some way to go. A 2021 survey finds that nearly one in five people worldwide have no opinion or awareness of the issue.

Two very aware and concerned young people who are determined to urgently educate others in their own unique ways, are Sivendra Michael, an activist and global changemaker from Fiji, and Sophie Kalkowski-Pope, a marine biologist, social media manager and photographer from Australia.

With creative visions like theirs, the climate emergency has a better chance of being understood. And with greater awareness of the alternative, a safer future becomes that bit more possible.

Growing up near the Great Barrier Reef in Australia, Sophie witnessed the negative impacts of coral bleaching from a young age, which spurred her to create educational videos about the ocean. Now her videos engage a wide audience, with one video made by the Australian National University that uses Sophie’s footage of coral bleaching receiving over 120,000 views on Facebook.

Sophie believes climate data may be perceived in two ways; either as academic scientific information, or as science communicated to the public. To ensure her videos are accessible to everyone in order to increase awareness and prevent further ecological harm, Sophie aims to produce videos that are not only entertaining and educational, but easy to understand.

She says: “I love communication, I love being able to convey the complex ideas about the environment in an uplifting and beautiful way and still try to inspire people.”

To gain the depth of understanding required to simplify complicated data, Sophie explains that educating herself has been most valuable to her work. “I think the most important thing when you’re trying to do advocacy is to be educated and to have the right information.

“If I can educate myself about the best practices, policies, and what is going around the world, I think that will enable me to convince other people about what is going on in the natural world and what we could do to try and help it.”

Sophie is currently undertaking an undergraduate degree in marine science at the University of Queensland in Brisbane, Australia. She also delivers talks about marine protection and has been part of citizen science projects by CoralWatch and the Citizens of the Great Barrier Reef, a non-governmental organization with a mission to protect and conserve the Great Barrier Reef. Through the project, the public can take part in collecting data on the health of coral reefs.

To bring her knowledge to an even wider audience and reach the level of decision-makers, Sophie has also been part of several rallies and marches and was a two-time member of the Queensland Youth Parliament where she engaged with politicians about environmental issues. She plans to continue this path and is especially interested in a career in science communication.

Sophie is one of many young people around the world taking climate action into their own hands. From reading up on climate science to volunteering for environmental projects, learning to share our understanding as simple stories can influence everyone from citizens to policymakers, who together can make change happen.

Sivendra Michael from Fiji is also dedicating his career and life to raising awareness and advocating for climate action.

A Ph.D. graduate in Development Economics focused on climate change adaptation research at the University of Auckland, for Sivendra Michael, being a climate change activist was not a dream or “some fancy job”. He says the journey came from the harsh reality of getting his community hit by cyclones and floods.

“So, I drew on the inspiration and strength of many other people in my position as well as those in far worse situations, like in Kiribati, Tuvalu. They have chosen to be part of the solution rather than the problem.”

Early on, Sivendra surrounded himself with other climate activists, “so I could see how it's done, learn from them and contribute what I have learned to other species”.

He created two projects, the Active Citizen's Project and the Valuing Voices Project, which harnessed social media to share untold climate stories. He says: "Storytelling is not only educating people, but it also helps people build solidarity and understand local power.

“I think what the world needs right now is to come together and collaborate because it is collective people power that will break down all of these barriers that we are facing; the pillars that support unsustainable capitalism, racism and the fossil fuel industry.”

“It is in the stories you tell which could educate, inspire and cause change. Your accounts could create a big impact and be part of the solution. So what stories are we telling? How are we using stories to drive change and our Sustainable Development Goals? What are our films saying? What are we writing? What are we sharing on social media? Do we realize the power of our individual voices and stories? Let's save our Ocean and communities through our stories instead of waiting to be rescued.”

To achieve the 1.5-degree global temperature limit, Sivendra says robust measures need to be implemented to cut down emissions, especially in transitioning the fossil fuel sector to sustainable energy. He is keen to use his storytelling skills to create understanding of this in order to drive a collective call for action. He says: "Policies need to come into action. And it is only through the methods of collective people power that I talked about, that we can get this message out.”

Sivendra is also inspired by his seven-year-old daughter, who he says always holds him accountable for his actions and how he communicates: "She's always an instrumental and motivational element in my life because she is the future.”

Both Sophie and Sivendra's compelling personal stories serve as examples of how young people are growing up with the stark reality of climate and ecological collapse, and responding creatively to the desperate need for urgent solutions.

They show that it just takes one perspective, one voice, and one story, to drive the collective power that will help create real change.