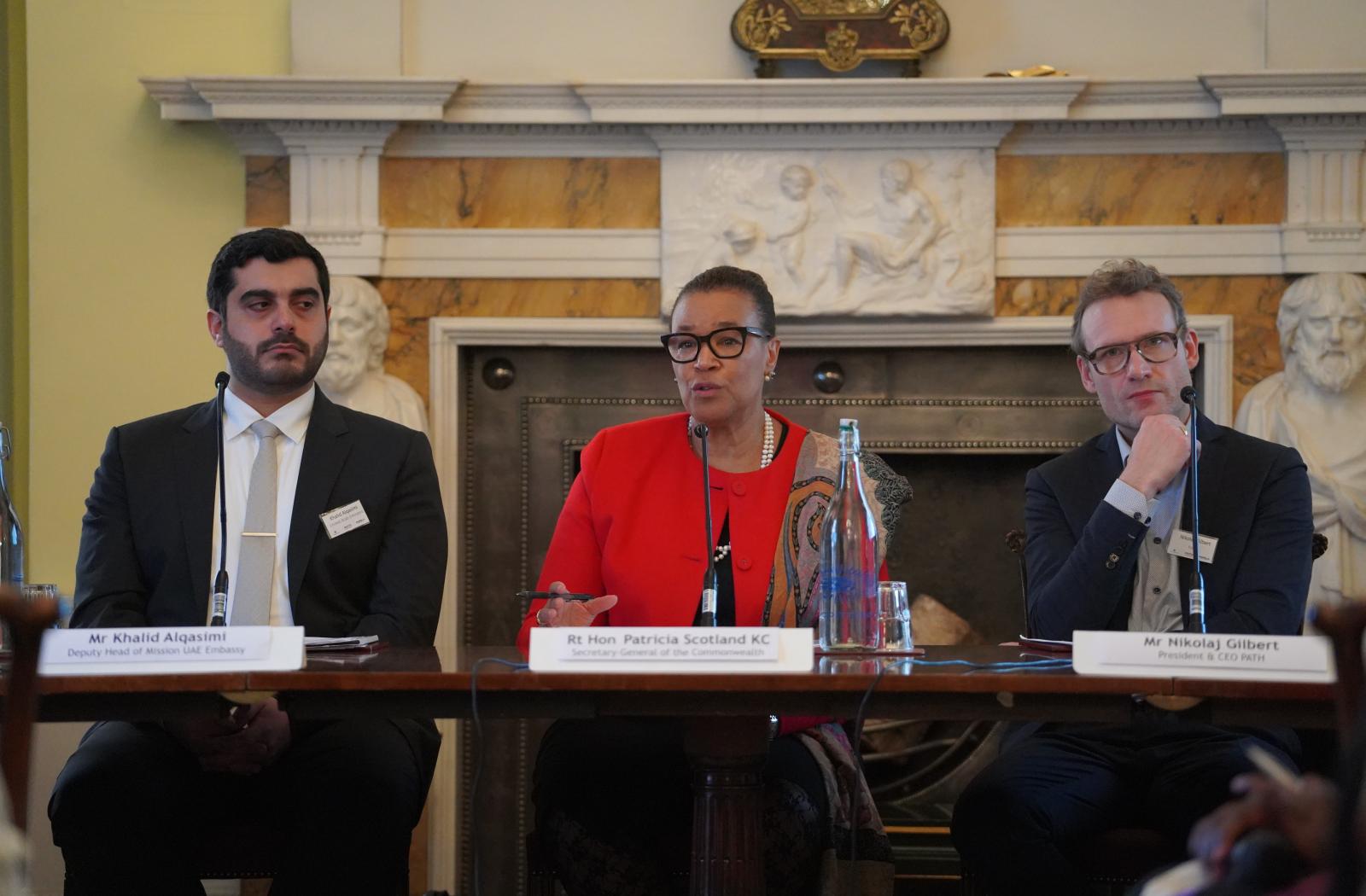 The Commonwealth Secretariat, PATH and the Reaching the Last Mile initiative have begun the drumbeat towards this year’s global climate summit COP28, calling for action to address the harmful impacts of climate change on health.

The event was co-hosted by the Commonwealth Secretariat, public health non-profit PATH and Reaching the Last Mile, an initiative of the President of the United Arab Emirates (UAE).

The Secretary-General warned that 250,000 additional deaths are expected each year between 2030 and 2050, from malnutrition, malaria, diarrhoea and heat stress caused by climate change. In financial terms, the direct damage of climate change on health is likely to reach US$2 to 4 billion annually, within seven years.

“I am firing the Commonwealth’s starting gun for COP28 and committing the Commonwealth to a year of diligent and dedicated action across our family of nations, and with all of our partners, to ensure the outcomes the world needs.”

Climate-health nexus and the Global South

The UAE will host the forthcoming United Nations Climate Change Conference (COP28) from 30 November to 12 December. The country is the first in the Middle East and North Africa (MENA) region to commit to net zero emissions by 2050.

“At the heart of this issue is equity. Climate change has the largest impact on the countries least responsible for it. In fact, countries and communities with weak health infrastructure, particularly those in the Global South, will be the least able to cope. These are the same communities that are most vulnerable to the devastating effects of many infectious diseases.”

Mr AlQasimi added that philanthropic investments through Reaching the Last Mile are working to address the climate-health nexus in various countries. For example, RLM has partnered with Malaria No More and a global coalition of health partners for the Forecasting Healthy Futures project, leveraging big data and artificial intelligence to improve prediction and planning tools for disease control programmes in endemic countries.

The focus on equity was echoed by President and CEO of PATH, Nikolaj Gilbert, who gave his own eyewitness accounts of the negative health effects of climate change.

For example, last year, changing weather patterns in Uttar Pradesh State in India extended the malaria season by two months, endangering the poorest populations. Similarly, heavy rains in Kinshasa, DRC, have raised the risk of spreading water-borne diseases such as cholera. Women and children are the most exposed.

The event featured presentations by prominent experts in the field, including Professor Andy Haines of the London School of Hygiene and Tropical Medicine (LSHTM). He detailed scientific research on the issue, including statistics on heat-related deaths, decreasing productivity of food crops, and rising mental health issues amongst young people. He also shared public health benefits of the Paris Agreement on Climate Change, such as reduced air pollution, improved diets and increased physical activity.

His colleague from LSHTM, Dr Iris Blom, shared her research on the impacts of health systems on climate, highlighting that the health sector generates 4 to 5 percent of worldwide carbon emissions.

PATH’s Chief of Asia, Middle East, and Europe, Nabeel Goheer, who moderated the session, welcomed the discussions and ideas generated by participants:

“The idea was to share knowledge and experiences, and initiate discussions with Commonwealth members, accredited organisations, and relevant stakeholders, with the aim of enhancing action on this dual health emergency. The event was well-received by participants – both online and in person – and I am hopeful that this will lead to shared action in his area.”

The event builds on the partnership between the Commonwealth Secretariat and PATH, formalised in March 2022, to work together to address global public health challenges. PATH is a global team of innovators working to accelerate health equity in more than 70 countries, including many Commonwealth member states.