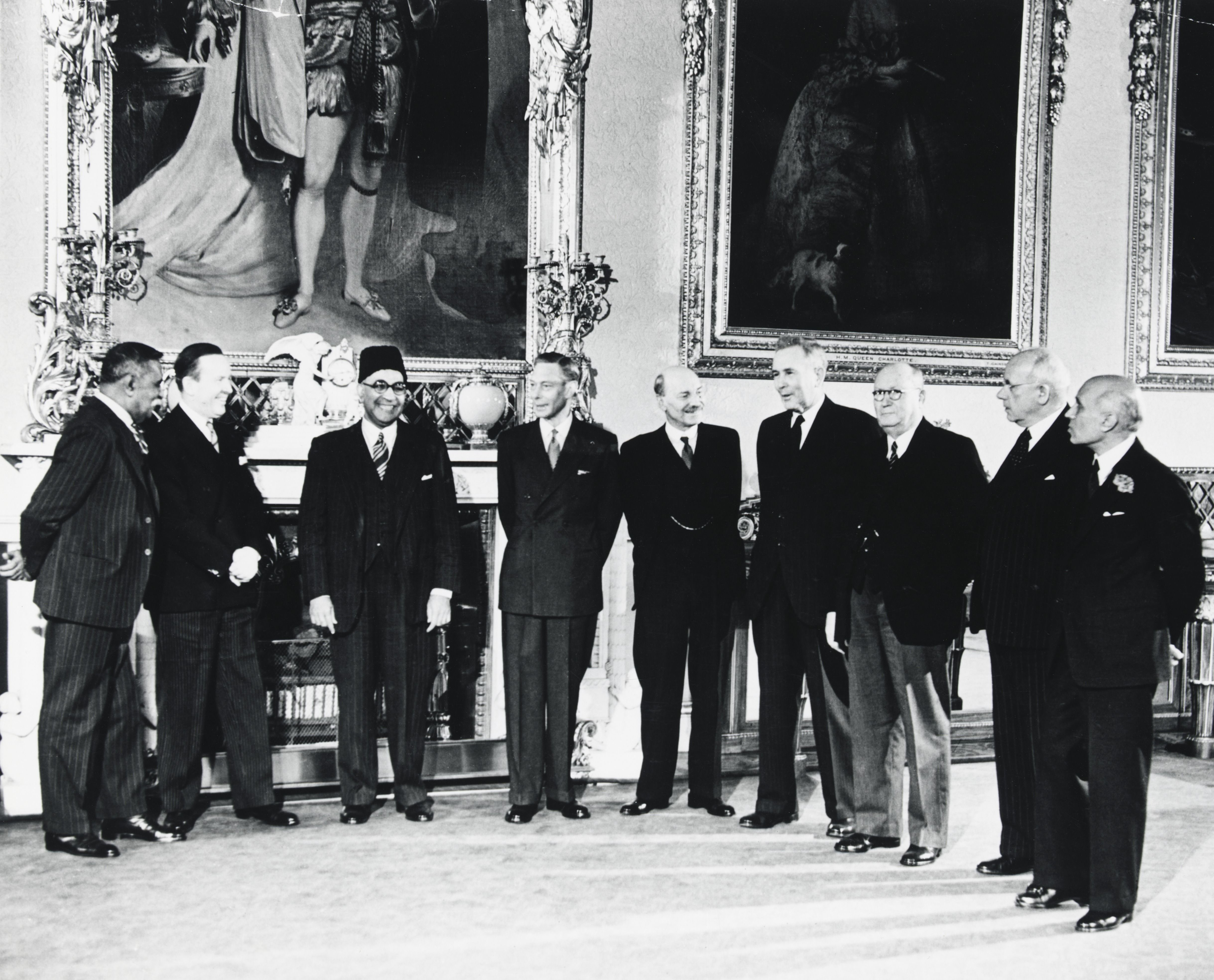 During the past week the Prime Ministers of the United Kingdom, Australia, New Zealand, South Africa, India, Pakistan and Ceylon, and the Canadian Secretary of State for External Affairs have met in London to exchange views upon the important constitutional issues arising from India’s decision to adopt a republican form of constitution and her desire to continue her membership of the Commonwealth.

The discussions have been concerned with the effect of such a development upon the existing structure of the Commonwealth and the constitutional relations between its members. They have been conducted in an atmosphere of goodwill and mutual understanding and have had as their historical background the traditional capacity of the Commonwealth to strengthen its unity of purpose while adapting its organisation and procedures to changing circumstances.

After full discussion the representative of the Governments of all the Commonwealth countries have agreed that the conclusions reached should be placed in record in the following declaration:

These constitutional questions have been the sole subject of discussion at the full meetings of Prime Ministers.