Kamalesh Sharma became Commonwealth Secretary-General on 1 April 2008 having been appointed to the post by Commonwealth Heads of Government at their meeting in Kampala, Uganda, in November 2007. 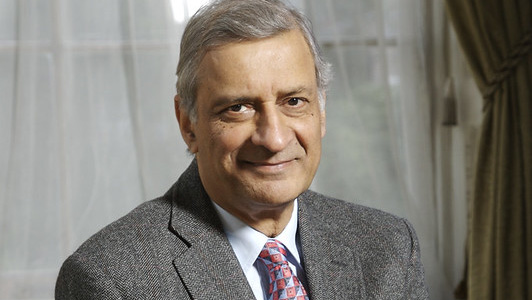 Mr Sharma joined the Indian Foreign Service in 1965, and served at ambassadorial level in five missions, including as India’s High Commissioner to the United Kingdom, where he was closely involved in Commonwealth affairs.

He was India’s Ambassador and Permanent Representative to the United Nations in Geneva 1988-1990, and acted as the spokesperson for developing countries in the UN Conference on Trade and Development (UNCTAD) during the Uruguay Round of multilateral trade talks.

As India’s Permanent Representative to the United Nations in New York, 1997-2002, he chaired the Working Group which led to the Monterrey Consensus; he was also closely engaged in the process which led to the formulation and adoption of the Millennium Development Goals.

Mr Sharma's special interests lie in the empowerment of young people, the advancement of women's rights, the challenge of poverty eradication and economic growth.

He was educated at Modern School and St Stephen's College, Delhi, and at King's College, Cambridge University, where he read Literature.

Mr Sharma is Chancellor Emeritus of Queen’s University, Belfast, and a fellow at Harvard University. He holds honorary doctorates from Middlesex, De Montfort, and Glasgow Universities in the UK, and the University of Rwanda.

He is married with two adult children. His interests are in spiritual and mystical traditions, literature, cosmology, cricket, Indian and Western classical music, and jazz.