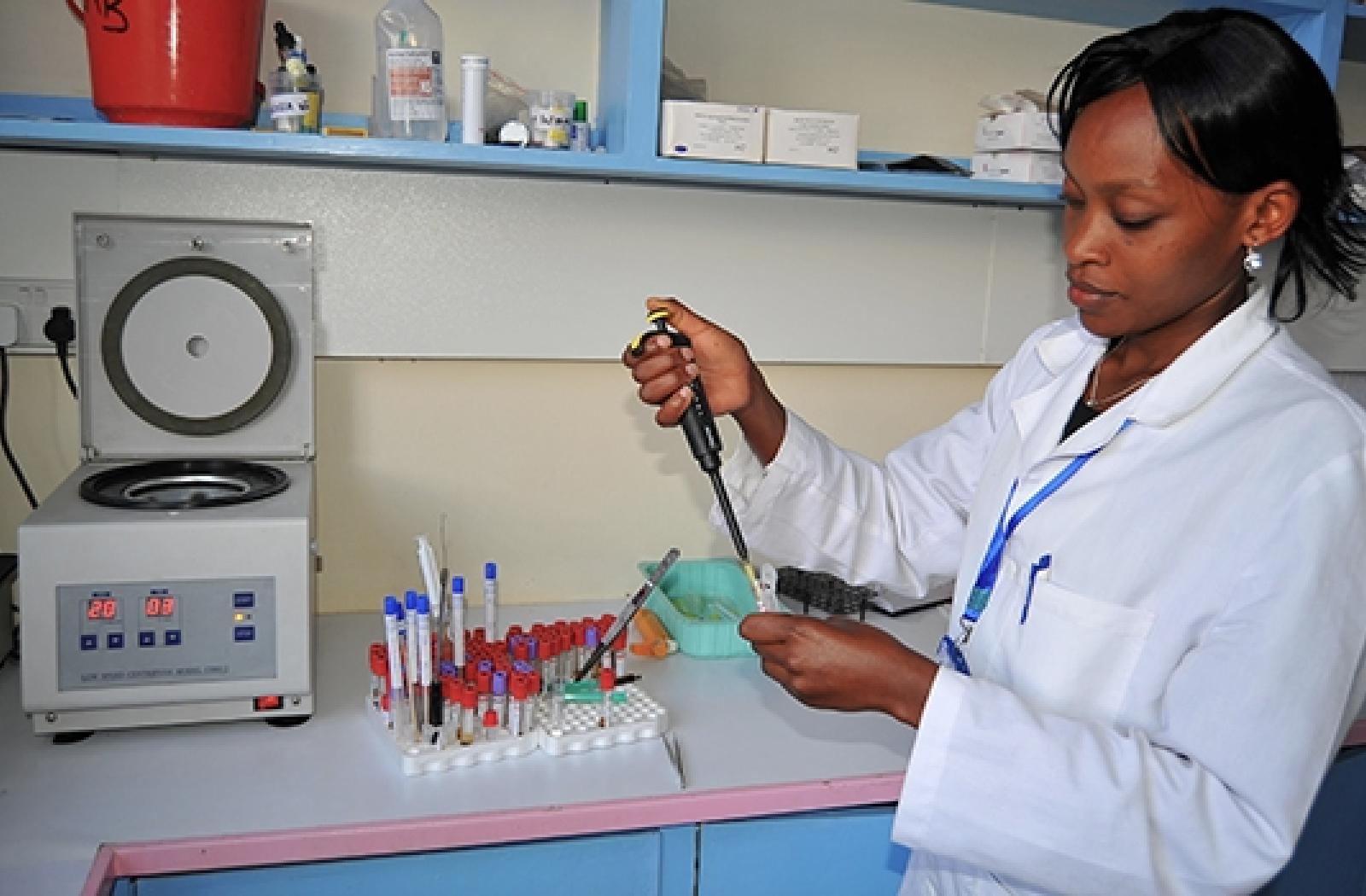 The Commonwealth Secretariat and the Union for International Cancer Control have launched a new taskforce to step up efforts towards preventing and treating cervical cancer.

The Commonwealth Secretariat and the Union for International Cancer Control (UICC) have launched a new taskforce to step up efforts towards preventing and treating cervical cancer.

The ‘International Taskforce on Cervical Cancer Elimination in the Commonwealth’ aims to encourage and facilitate cooperation between countries.

The Secretary-General said: “This means thousands of women and families are facing a devastating diagnosis that could be prevented by measures such as vaccination against human papillomavirus (HPV) – a major cause of cervical cancer -  and cervical screening to detect and treat any changes before they become cancerous.

“I believe that by working with strong partners, such as UICC, we can take action to rescue our Commonwealth family from the impact of this disease and put us on the path to eliminating cervical cancer for the first time.”

She continued: “This taskforce will help ensure there is subject-level expertise, regional advocacy and implementation of tangible outcomes such as the fair pricing of vaccines and screening commodities.”

One of the strengths of the new collaboration, Secretary-General Scotland said, is that its members are drawn from around the Commonwealth, ensuring that “perspective from regions across the Commonwealth is captured”.

The taskforce’s first actions include guiding the Secretariat in developing an action plan with key milestones up to 2030, and shaping messages that will inform discussions about cancer prevention and treatment at the next Commonwealth Heads of Government Meeting in Rwanda.

Expressing her support for the taskforce, Dr Princess Nothemba Simelela, Assistant Director-General for strategic programmatic priorities at the WHO, said: “If we imagine a world two decades from now, where young girls read about cervical cancer in the history books, that would be an incredible achievement, and that is possible.”

Taskforce chair, Dr Miriam Mutebi, an oncologist and UICC board member, described the initiative as a “powerful” coalition.

“This is disparity largely driven by inequity in access to information and services for what is a preventable cancer.”

She added: “Commonwealth researchers and implementers are already leading the way in addressing the growing challenges and in shaping the pathway to the elimination of cervical cancer for girls, women and communities in all countries.

“The taskforce combines international expertise, Commonwealth Secretariat strengths and the advocacy voice of UICC’s global network of members to accelerate national action, with a focus on the 2030 targets in the WHO global strategy.”

The announcement of the taskforce comes ahead of the annual gathering of Commonwealth health ministers later this month.

The Chief Executive Officer of Belize’s Ministry of Health and Wellness and the chair of the Commonwealth Advisory Committee on Health (CACH), Dr Deysi Mendez, said: “As the chair, we welcome the important work of the International Taskforce on Cervical Cancer Elimination in the Commonwealth.

“I reaffirm that cervical cancer elimination is a priority in our countries. We will receive regular updates about the work of the taskforce through the Secretariat.”

Dr Mutebi is a breast surgical oncologist and an Assistant Professor in the Department of Surgery at the Aga Khan University Hospital in Nairobi, Kenya. She is the Vice-President for East Africa of the African Organisation for Research and Training in Cancer, the treasurer for the Kenya Society of Hematology and Oncology and she sits on the Board of Directors of the Union for International Cancer Control.

She said: “As an oncologist in Kenya, every day I see the devastation for women living with cervical cancer that the missed opportunity of prevention and early detection causes - the pain and suffering, the breakdown of relationships, the financial hardship for them and their families. So, I am honoured to chair this taskforce, which spans the Commonwealth and can help put this cancer in the history books.”

Dr Adewole is a gynae-oncologist and a professor of obstetrics and gynaecology at the College of Medicine, University of Ibadan, Nigeria. He is also the immediate past Minister of Health, Nigeria, and a former President of Africa Organisation for Research and Training in Cancer.

He said: “The establishment of the international taskforce offers the Commonwealth a single unique opportunity to eliminate a disease - cervical cancer - and to restore dignity and hope to millions of our young girls and women across the globe.”

She said: “The elimination of cervical cancer in small island states is achievable with the right level of political will and the support of key regional and international partners. There is no excuse for women to die from cervical cancer today in the Caribbean islands or anywhere else.

“The opportunity to work with leaders of the Commonwealth with this taskforce is an opportunity to bring the community voice to press for political action on cervical cancer prevention and early detection in all regions of the world.”

Dr Bhatla is a Professor in the Department of Obstetrics and Gynaecology at the All India Institute of Medical Sciences, New Delhi. She has led research on cervical cancer prevention in low‐resource situations in collaboration with the International Agency for Research on Cancer and the Johns Hopkins Bloomberg School of Public Health. She is also the Chairperson at the Gynaecologic Oncology Committee with the International Federation of Gynaecology and Obstetrics.

She said: “India carries one-sixth of the total global cancer burden annually. We have a network of professional societies that stands ready to work alongside the government to make elimination a reality and turn the tide on this disease.

“We hope to start a demonstration project with eight North Eastern States and look forward to sharing this experience and harnessing lessons learned across India and with our Commonwealth peers, particularly reaching communities and girls that have had no access to immunisation at all to date.”

Ms Nakawala is the founder and Executive Director of Teal Sisters Foundation Zambia. She is also a communication specialist and a radio and television presenter. She was diagnosed with cervical cancer in June 2019 and underwent therapy from July to September, and later started a health movement on Facebook, focusing on the sensitisation of cervical cancer and the importance of screening.

She said: “As a cervical cancer patient, I appreciate that this taskforce is including the important voice of women living with cancer in shaping policy recommendations for our common quest of elimination of cervical cancer in the Commonwealth.”

Dr Saville is a pathologist and the Executive Director of VCS Foundation Ltd – an organisation focussed on implementing, supporting, monitoring, and managing population health programmes, including cancer screening and vaccination. She recently chaired the working group to review Australia’s guidelines for the management of screen-detected abnormalities in the National Cervical Screening Programme.

She said: “I am a cytopathologist who has spent the last 20 years working on the traditional PAP smear [test for cervical cancer] in high-income countries. I am convinced this is not the right way to go for equitable access to critical cervical cancer screening across the world.

“HPV DNA testing and linking that with the self-sample is a total game-changer. I stand ready to work with Commonwealth partners to help shape the market and improve affordability and provide these new prevention choices for women as soon as possible.”

Dr Ling Woo is a gynaecological oncologist at the University of Malaysia. She helped to build ‘Program ROSE’, which, despite the COVID-19 pandemic, is helping communities to harness digital technology to support screening and assist women who need follow-up to navigate through, what can be, a complex health system. Her initiative is already helping to increase screening coverage rates in Malaysia.

She said “I am excited to bring our practical solutions to grassroots challenges to the Commonwealth and the work of this taskforce.

“Our acceptability data shows we are on the right track with women and we would like to promote our crowd-funded model with peers to inspire them to take a fresh look at their cervical cancer services as they take action towards elimination.”

She said: “Jo’s Cervical Cancer Trust is the UK's leading cervical cancer charity. Our vision is the day cervical cancer is a thing of the past. Until then we provide information and support at every step, and campaign for excellence in prevention, care and treatment.

“I look forward to using our knowledge to advocate for, and support, the policy commitments needed across the Commonwealth countries in order to get closer to elimination.”

Professor Canfell is an Oxford University qualified epidemiologist, the Director of the Cancer Research Division at Cancer Council New South Wales, and current Conjoint Professor at the University of New South Wales. She is a board member of the Asia-Oceania Research Organisation in Genital Infection and Neoplasia, and leads a Centre of Research Excellence in Cervical Cancer Control.

She said: “I am proud to contribute to this taskforce. I am keen to bring my experience in high-income countries such as Australia to the table to help low and middle-income countries consider how to implement an elimination strategy at scale.

“With collaborators in Australia’s Centre for Research Excellence in Cervical Cancer Control and our partners including the Minderoo and Frazer Family Foundations, I will be working with neighbouring countries in the Pacific to support a major elimination implementation programme.”

Dr Ogilvie is a leading research chair in the global control and prevention of HPV and related diseases and is currently principal investigator of over 10 million dollars in research grants.

She said: “As countries scale up their prevention and early detection services, it will be critical to ensure all girls and women are included. In British Columbia, we continue to examine innovative ways to improve screening coverage.

“Therefore, I am proud to be part of this taskforce and to be able to share my expertise and experience in engaging partners at home and internationally to the benefit of Commonwealth countries as they identify vulnerable and marginalised populations that need targeted approaches.”

Dr Torode is the Director of Special Projects for Union for International Cancer Control (UICC), a global non-government organisation dedicated to cancer prevention and control, with a membership network of more than 1,200 cancer organisations in 173 countries.

She said: “Every country can eliminate cervical cancer and why would you not want to join this global promise to resign a cancer to the history books for the first time?

“UICC and its global network of member organisations are proud to join forces with the Commonwealth to bring policymakers, cervical cancer experts and civil society organisations together to address disparities in information, access to services and outcomes for prevention and early detection and management of cervical cancer.” 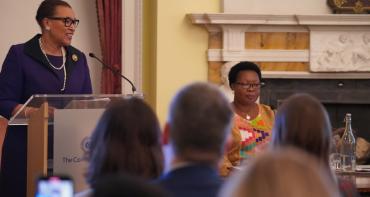 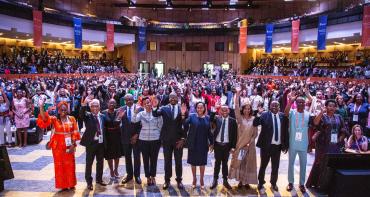