Reaffirmed the right of everyone to have access to safe, sufficient and nutritious food, consistent with the growing realisation of the right to adequate food in the context of national food security.
Image 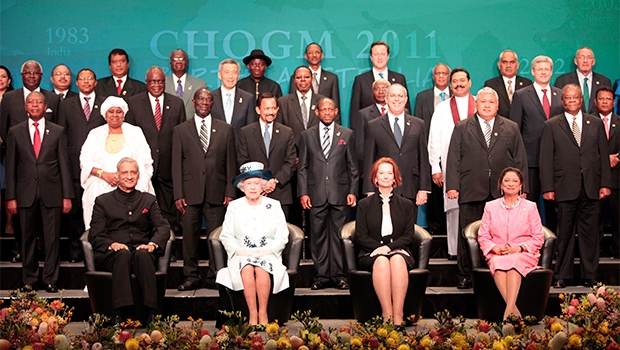 Food insecurity is one of the most pressing and difficult global challenges of our time. This is a profound concern for the Commonwealth – half of the world’s one billion hungry live in our nations. The global food crises of 2007 and 2008 and the ongoing volatility and uncertainty of world food markets underscore the need for sustained international engagement with the issue. The distressing humanitarian crisis in the Horn of Africa, most particularly in Somalia, and the drought, famine and famine-like situations occurring in other most vulnerable countries in the developing world highlight the difficulties we face.

Population growth will have a major impact on global demand for food. Additional factors, including scarce land and water resources, the diversion of fertile land, the reduction in crop species and use of crops for non-food purposes, urbanisation, distorted markets, and climate change, are intensifying pressures on supply. The world’s poor and most vulnerable suffer most from food insecurity.

Commonwealth countries reaffirm the right of everyone to have access to safe, sufficient and nutritious food, consistent with the progressive realisation of the right to adequate food in the context of national food security.

Commonwealth member countries affirm the important role that women, youth, farming and fishing communities, civil society and the private sector play in sustainable development and the need for their effective involvement in driving climate-smart agriculture and the food security agenda.

The Commonwealth is uniquely placed to support global food security efforts through Commonwealth countries’ membership in all major global and regional forums that are engaged on this issue. Commonwealth countries therefore commit to use their membership of these forums to advocate the Perth Declaration on Food Security Principles to achieve outcomes that are relevant and meaningful to members. Commonwealth members further commit to use the Perth Declaration principles as a guide to support domestic efforts to build food security.

The Perth Declaration principles reflect our shared approach to addressing the challenge of food insecurity and are focused on meeting the needs of the most vulnerable, particularly women and children.

The Perth Declaration principles on food security call for:

Commonwealth countries recognise that Africa has the potential not only to achieve food security but to become a significant net food exporter. Leaders commit to supporting efforts and initiatives such as the Comprehensive Africa Agriculture Development Programme (CAADP), designed to realise the long-term potential of Africa as a food producer and exporter.

Commonwealth countries recognise the critical role played by national and international agricultural research in promoting and sharing agricultural technologies for enhanced crop yields, and undertake to deepen their co-operation.

Commonwealth countries also underline their critical role in managing and safeguarding a large proportion of the world’s fish stocks.

In advocating the Perth Declaration principles, Commonwealth countries acknowledge the central role played by the UN in global food security governance and commit to show leadership in the UN by supporting food and nutrition security initiatives.

Committed to using the collective Commonwealth voice to influence global action, Commonwealth members urge the UN Conference on Sustainable Development in Rio de Janeiro in June 2012 to commit to an ambitious programme of action to drive increased investment to boost sustainable global agricultural and fisheries productivity.

The Commonwealth, through its five G20 members, further commits to advocate for strong outcomes on food security at the G20 Cannes Summit, including to increase investment in appropriate agricultural technologies and sustainable productivity, to address market volatility and other market-distorting factors, and for food security, including fisheries, to be accorded a high priority within the forward G20 development agenda.

Recognising the ongoing critical food security needs, the Commonwealth welcomes the substantial contributions made by Canada, the United Kingdom and Australia in fulfilment of their L’Aquila Food Security Initiative commitments and calls on countries that have not yet fulfilled their food security commitments to do so.