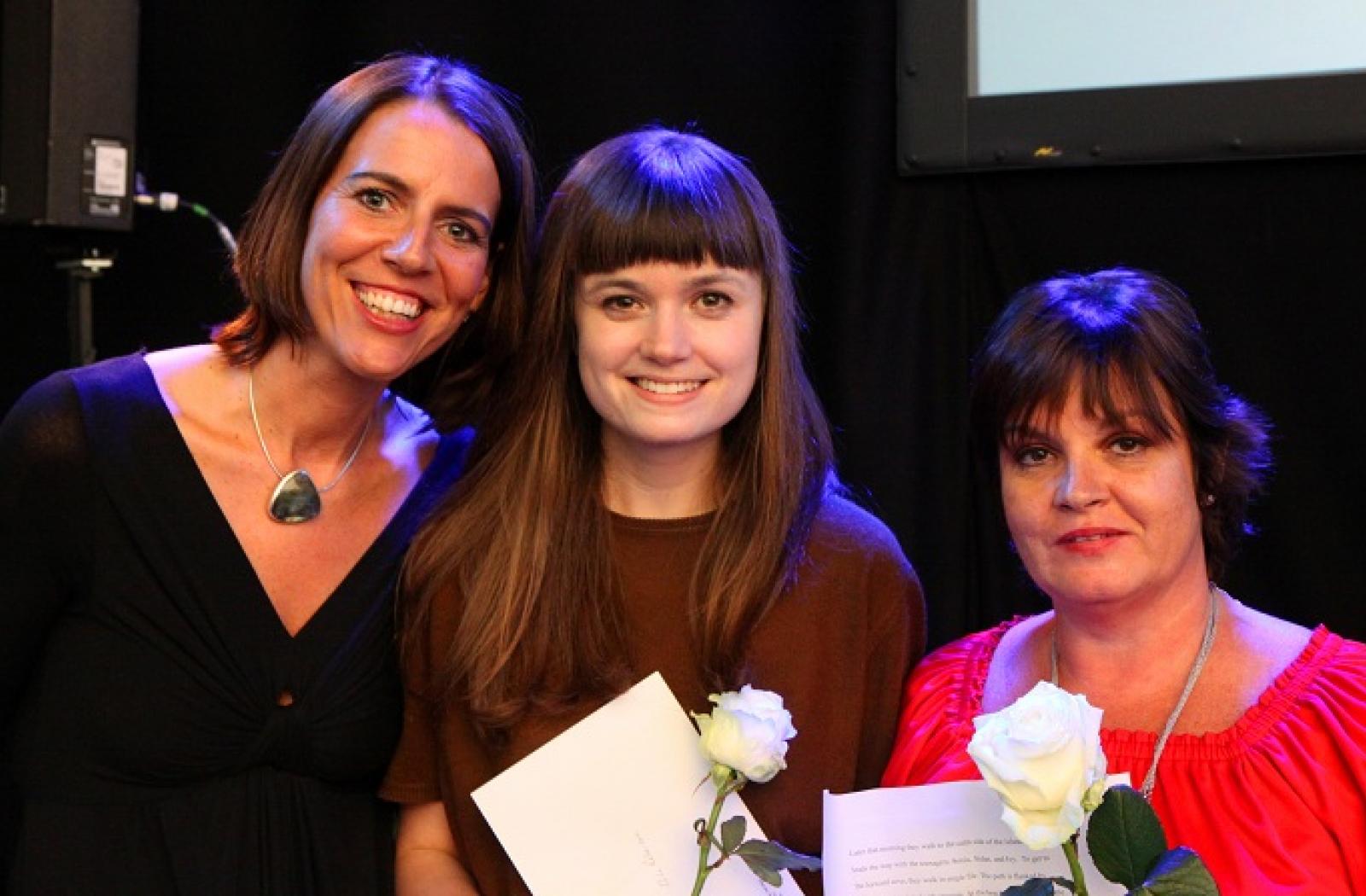 Writers honoured for stories set in Canada, Scotland and Trinidad and Tobago

Three writers have been awarded the 2013 Commonwealth book and short story prizes for their “effortlessly fresh and original” and “strikingly beautiful” stories set in Canada, Scotland and Trinidad and Tobago.

Lisa O’Donnell from the UK won the Commonwealth Book Prize for her debut novel The Death of Bees. The Commonwealth Short Story prize was jointly shared by Sharon Millar from Trinidad and Tobago for The Whale House and Canadian Eliza Robertson for We Walked on Water.

UK novelist John le Carré presented the awards at the Hay Festival in Hay-on-Wye, Wales, on 31 May 2013.

Ms O’Donnell said: “I am incredibly proud to have won the Commonwealth Book Prize. It's a huge leap for me in what seemed an impossible step. The prodigious voices I stood beside overwhelm me, so many towering stories out there.”

Chair of the Commonwealth Short Story Prize, Razia Iqbal, said both the winning short stories fulfilled the criteria of excellence in style, originality and tone and stayed in the imagination and the heart, long after they have been read.

“It is a measure of the quality we had to choose from in the shortlist, that we unanimously settled on two joint winners,” she added.

Ms Millar said of the honour: “When a story grows legs and begins to run, it's both humbling and enormously exhilarating. It's almost impossible to describe the delight and excitement of winning the Commonwealth Short Story Prize.

“For writers who live far from the metropolis prizes such as this are a dream come true. They also provide a powerful motivation to continue writing.”

“I feel both grateful and not-quite-believing to be selected as one of the overall winners of this prize. I am thrilled and thankful for the opportunity to share my work,” said Ms Robertson.

The prizes are part of Commonwealth Writers, a cultural initiative from the Commonwealth Foundation, which aims to inspire writers, storytellers and a range of cultural practitioners to work for social change. The prizes act as catalysts to target and identify talented writers from different regions who will go on to inspire and inform their local communities.

The winner of the Commonwealth Book Prize received £10,000. The short story prize winners received £5,000 each. The regional winners of the awards were announced earlier in May.

For more on the writers and their work visit the Commonwealth Writers website.