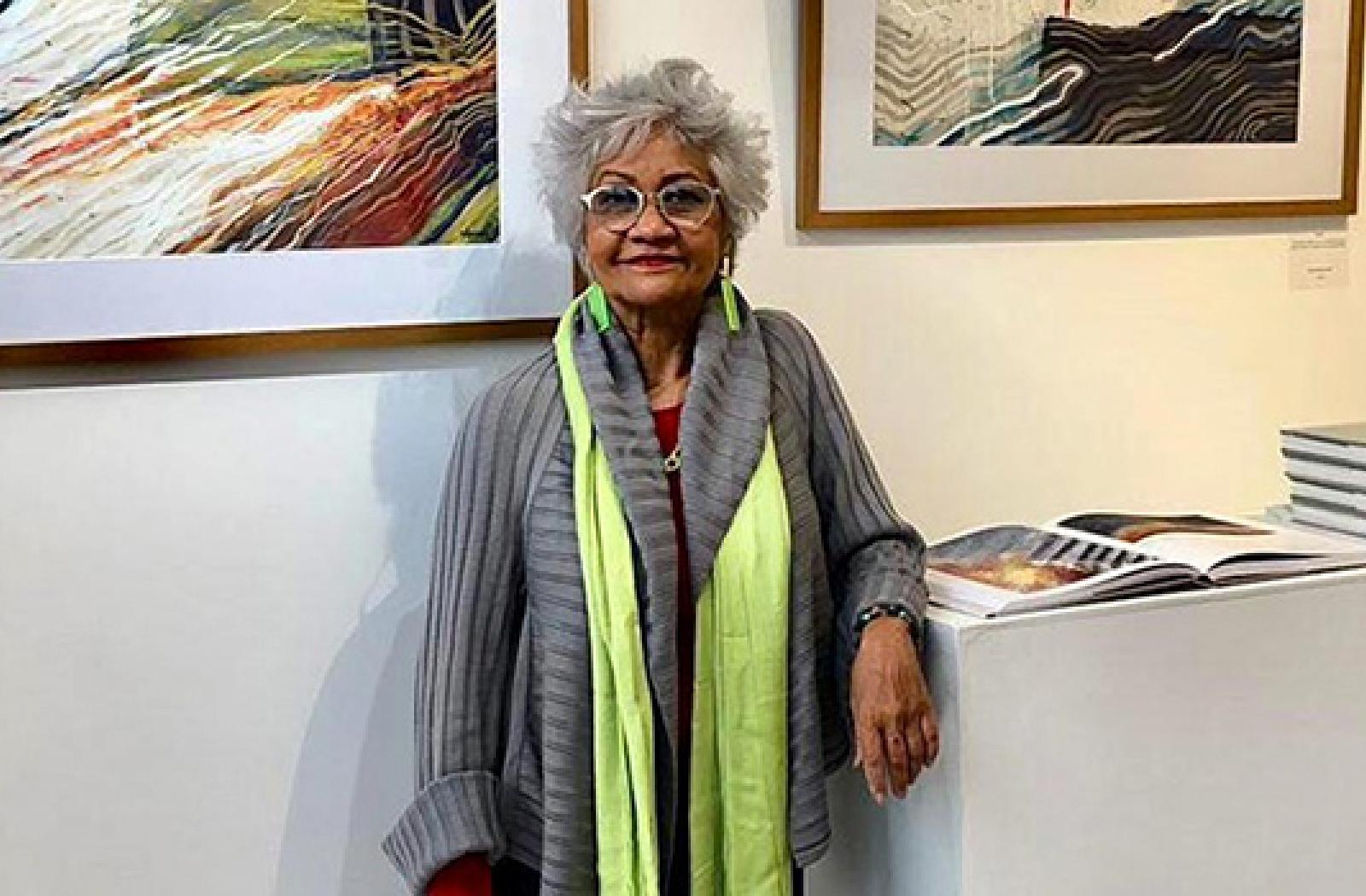 One of Sri Lanka’s most widely-acclaimed artists has a message for young people in the Commonwealth: “move together” in the fight against climate change.

One of Sri Lanka’s most widely-acclaimed artists has a message for young people in the Commonwealth: “move together” in the fight against climate change.

In the lead up to global climate talks in Spain next week, 68-year-old Anoma Wijewardene has showcased a series of nine paintings at the Camden Image Gallery in London, depicting the perilous state of the planet in the face of climate change caused by humans.

Each of the paintings share a common, striking feature – a small but conspicuous red figure, symbolising Greta Thunberg and her revolutionary campaign.  The young climate activist has done everything from protest alone outside the Swedish parliament to organising world-wide school strikes calling for action on climate change.

“The red means stop, beware, danger. [Climate change] is not an issue that can be ignored,” said Anoma, who has done seven art exhibitions on climate change since 2005.

She declared this recent set of works a tribute to Greta Thunberg and “her extraordinary passion and commitment to take the world on, to raise a clarion call for critical international action before the planet is annihilated.”

Anoma says the pieces also highlight the power of youth voices in the call for climate action.

“Climate change is not an issue that can be ignored – it is crucial and urgent, and it’s a very hard battle ahead. The purpose [of my work] is to make people love the earth.”

Next month, Commonwealth Secretary-General Patricia Scotland will lead a delegation to the UN Climate Change Conference COP25 in Madrid, Spain, to advocate for urgent climate action, particularly in the interest of small and other vulnerable states in the Commonwealth.

The Secretary-General said: “Sixty per cent of the combined Commonwealth population of 2.4 billion are under the age of 30. Young people have a particular energy and ability to think out of the box and innovate in an unbiased manner, which is exactly what we need to tackle the climate crisis.”

The Commonwealth works in partnership with young people through the Commonwealth Youth Climate Network to build their capacity to engage in climate policy-making and action.

The Commonwealth also launched a policy toolkit to enable governments to support youth entrepreneurship in the blue and green economies, developed in partnership with the United Nations Conference on Trade and Development (UNCTAD).

Sri Lanka’s High Commissioner to the UK, Manisha Gunasekera, highlighted the valuable role of art in supporting the global climate change agenda, saying: “Anoma gives voice through her art to a powerful narrative on the climate crisis faced by humanity and the lone voice of the millennials.

“The abstract quality of her art evokes the vastness of the earth and oceans, and resonates with the sustainability agenda of the Commonwealth and the work championed by Sri Lanka within the Commonwealth Blue Charter.”

Ms Anoma’s paintings were part of an exhibition called ‘Our Existence Abstracted’, alongside the works of fellow South Asian artists T. Athiveerapandian and Priya Barot. 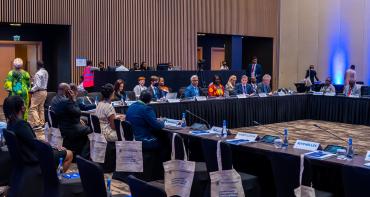 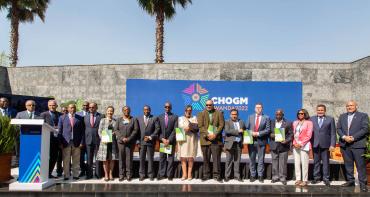