Sports Ministers call for recognition of sport in post-2015 agenda 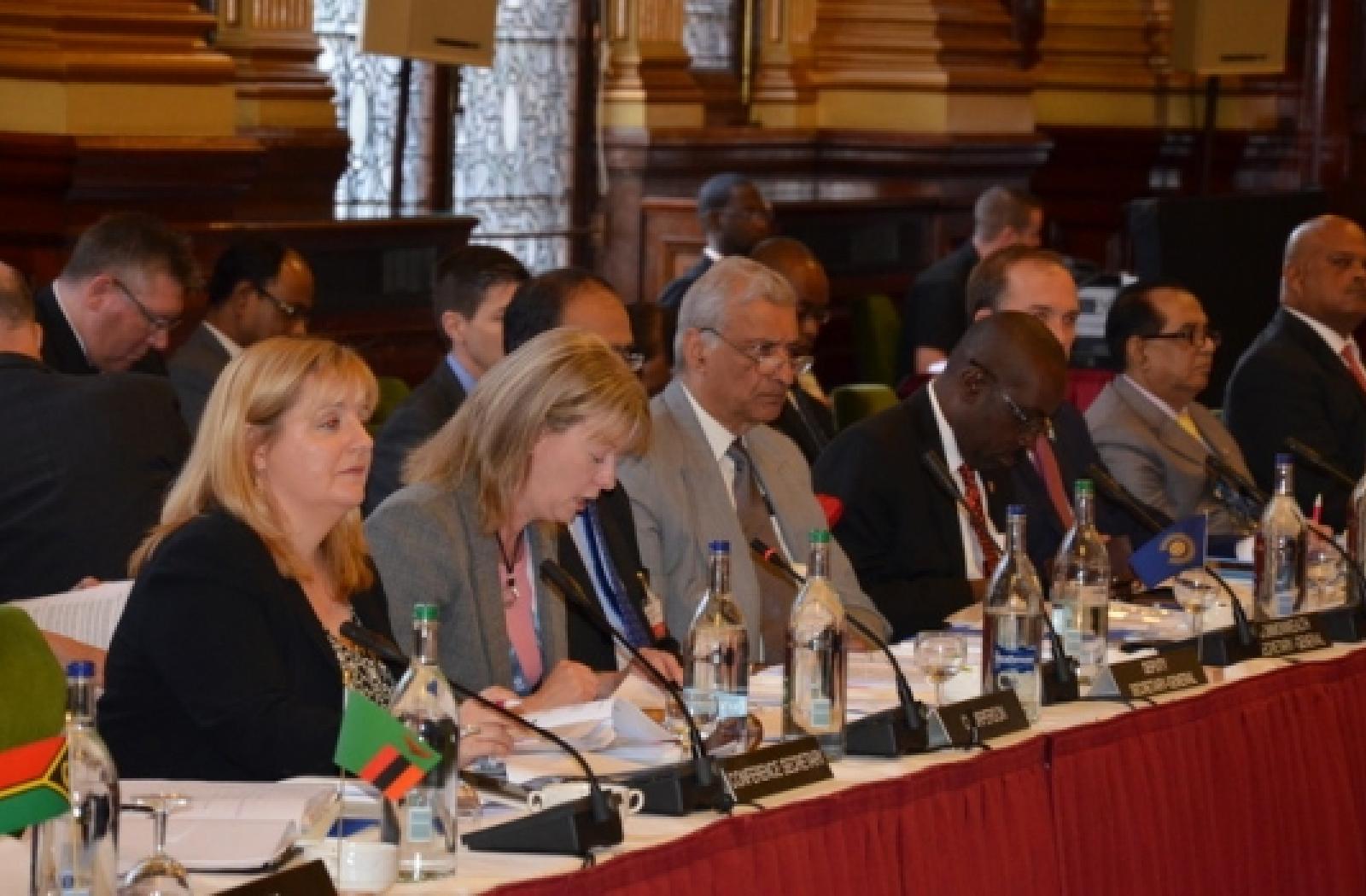 Commonwealth sports ministers and senior officials have called for “the power of sport” to be recognised as an important driver for social and economic development. They made the call at the Commonwealth Sports Ministers Meeting in Glasgow yesterday.

Commonwealth sports ministers and senior officials have called for “the power of sport” to be recognised as an important driver for social and economic development. They made the call at the Commonwealth Sports Ministers Meeting in Glasgow yesterday.

Commonwealth governments also reiterated their collective commitment to combatting match-fixing and other issues affecting integrity in sport, and ensuring good governance and safeguards for children and other vulnerable participants.

Commonwealth Secretary-General Kamalesh Sharma, who opened the meeting, said: “We are well aware of the important and transformational part sport plays in the lives of many young people. With over 60 percent of the population of the Commonwealth being under 30 years of age, sport has a unique potential to reach, engage and empower these young people.”

Shona Robison Member of the Scottish Parliament and Cabinet Secretary for the Commonwealth Games and Sport in the Scottish Government, chaired the meeting on behalf of the United Kingdom. The meeting brought together delegations from 45 countries.

Shona Robison said: “We recognise the valuable role of sport in development and peace, as an approach to addressing a range of challenges and delivering significant benefits,” said the national representatives in their Meeting communiqué.

The call comes as governments globally look to agree a successor framework to the Millennium Development Goals, which expire at the end of 2015. The ministers noted in their statement how sport can support a range of development outcomes and is therefore important to the “successful delivery of the post-2015 development agenda”.

Other attendees at the sports ministers meeting were representatives of overseas territories of member states, as well as observers from organisations including the International Olympic Committee, World Anti-Doping Agency, UNICEF, UNESCO and members of the Commonwealth Advisory Body on Sport.

During their discussions, ministers commended the governments of Barbados, Rwanda and Sri Lanka for piloting a set of guidelines developed by the Commonwealth Secretariat, which focus on advancing development through sport. The national representatives also applauded the formation of a Commonwealth Youth Sport for Development and Peace working group and endorsed its call to give young people a voice in decision making in government sport processes and sporting organisations.

The Commonwealth Advisory Body on Sport, a 14-member group of sports policy experts, meeting which met the previous week, had earlier urged member countries to recognise and invest in sport as a key vehicle for improving the lives of citizens.

In their communiqué, ministers reaffirmed their request for the sports advisory body to work towards a framework Commonwealth consensus on integrity issues in sport, such as good governance, safeguarding of participants and combatting match-fixing.

The meeting took place as Glasgow city began welcoming visitors for the 20th Commonwealth Games. In this major sporting event, approximately 6,500 athletes from 71 countries and territories will be competing in 17 sports over 11 days from 23 July to 3 August.