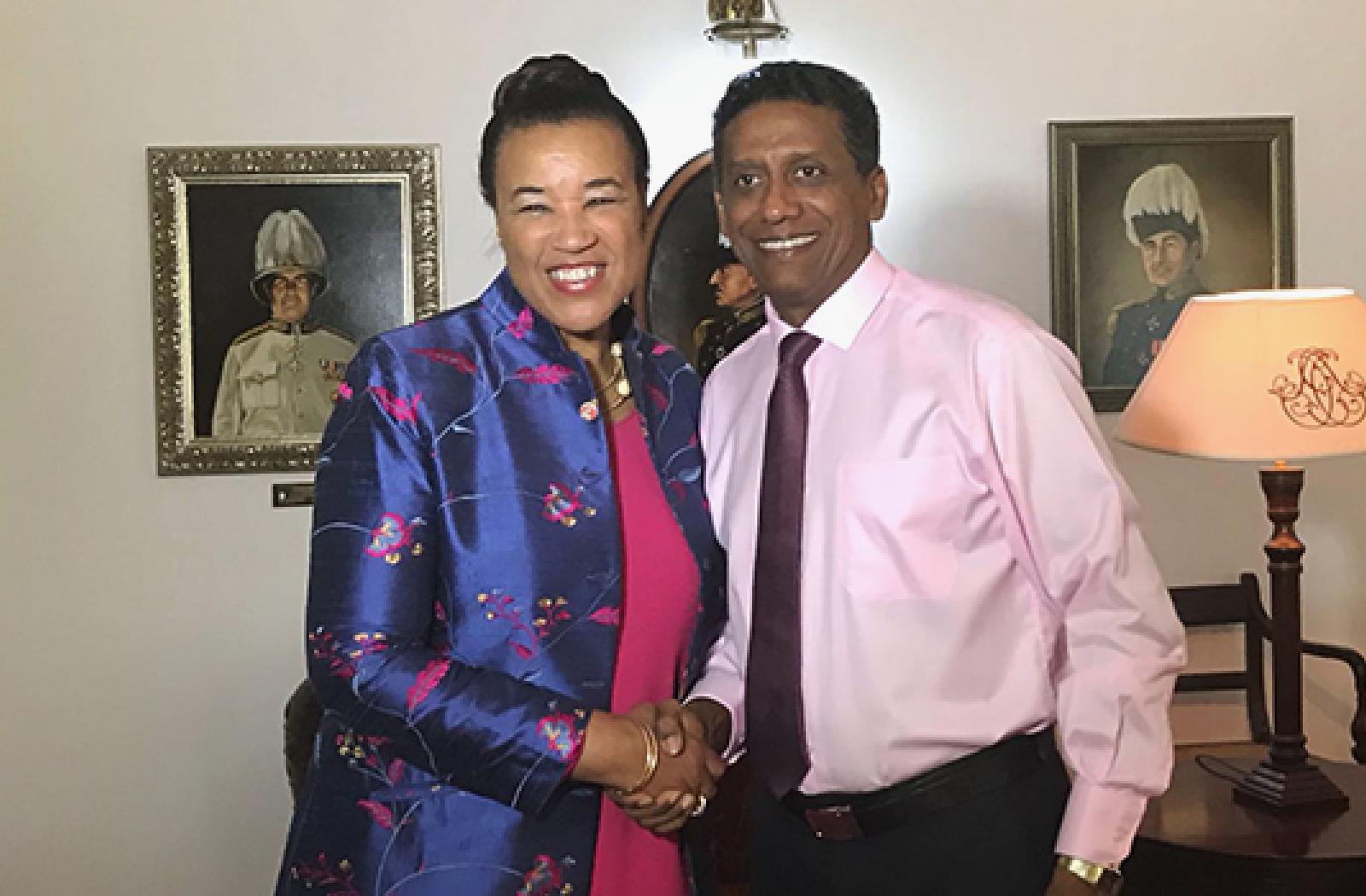 The president of the Seychelles, Danny Faure, has credited the Commonwealth for propelling his island country forward as an advocate for ocean issues and climate change.

The president of the Seychelles, Danny Faure, has credited the Commonwealth for propelling his island country forward as an advocate for ocean issues and climate change. He highlighted Commonwealth support for developing the blue economy in Seychelles, which unlocks the benefits of ocean resources in a sustainable manner to protect the environment.

The president also welcomed the Commonwealth Blue Charter that brings 53 member countries together to protect ocean health:  “When the heads of government adopted the Commonwealth Blue Charter, collectively we sent a clear message to the world about the importance of oceans and the significant contributions to economic, social and environmental health, as well as the cultural heritage of our nations,” stated Mr Faure.

Since endorsing the charter at the biannual Commonwealth leaders’ summit held in London in April, several ‘champion countries’ have stepped forward to lead action groups on key issues such as marine pollution, coral reefs, ocean acidification, and the blue economy.

Speaking at a gathering to welcome the Commonwealth Secretary-General Patricia Scotland on her first visit to the country, the president hailed a “fruitful working relationship” based on shared values.

“The Commonwealth remains one of the most committed international organisations in Seychelles, actively engaged in our national development,” he told guests. “Through the assistance of the Commonwealth, Seychelles has been able to take the lead in advocating for the cause of small island developing states, especially in regards to combatting climate change.”

The Seychelles has benefited from a range of support on ocean issues. For instance, an ocean governance internship programme under the Commonwealth Youth Council exposed at least 30 young people to blue economy employment last year.  In addition, the Commonwealth has carried out feasibility studies on new sectors such as aquaculture, marine biotechnology and marine renewable energy, while also advising the government on national ocean policies and governance regimes.

Strategic advice given by Commonwealth experts to the Seychelles and Mauritius on their continental shelf claims in the Mascarene Plateau region contributed to a world-first joint management agreement, with lasting impact on natural resource development.

Secretary-General Scotland said the Blue Charter will support small island countries in developing their economies while being ‘guardians’ of the ocean. “We are now going to put the rules in place so that prosperity will come from our oceans, but it will come in a sustainable, managed, consensual way,” she stated.  She thanked the Seychelles government for its advocacy on climate change, ocean issues and the vulnerability of small states.