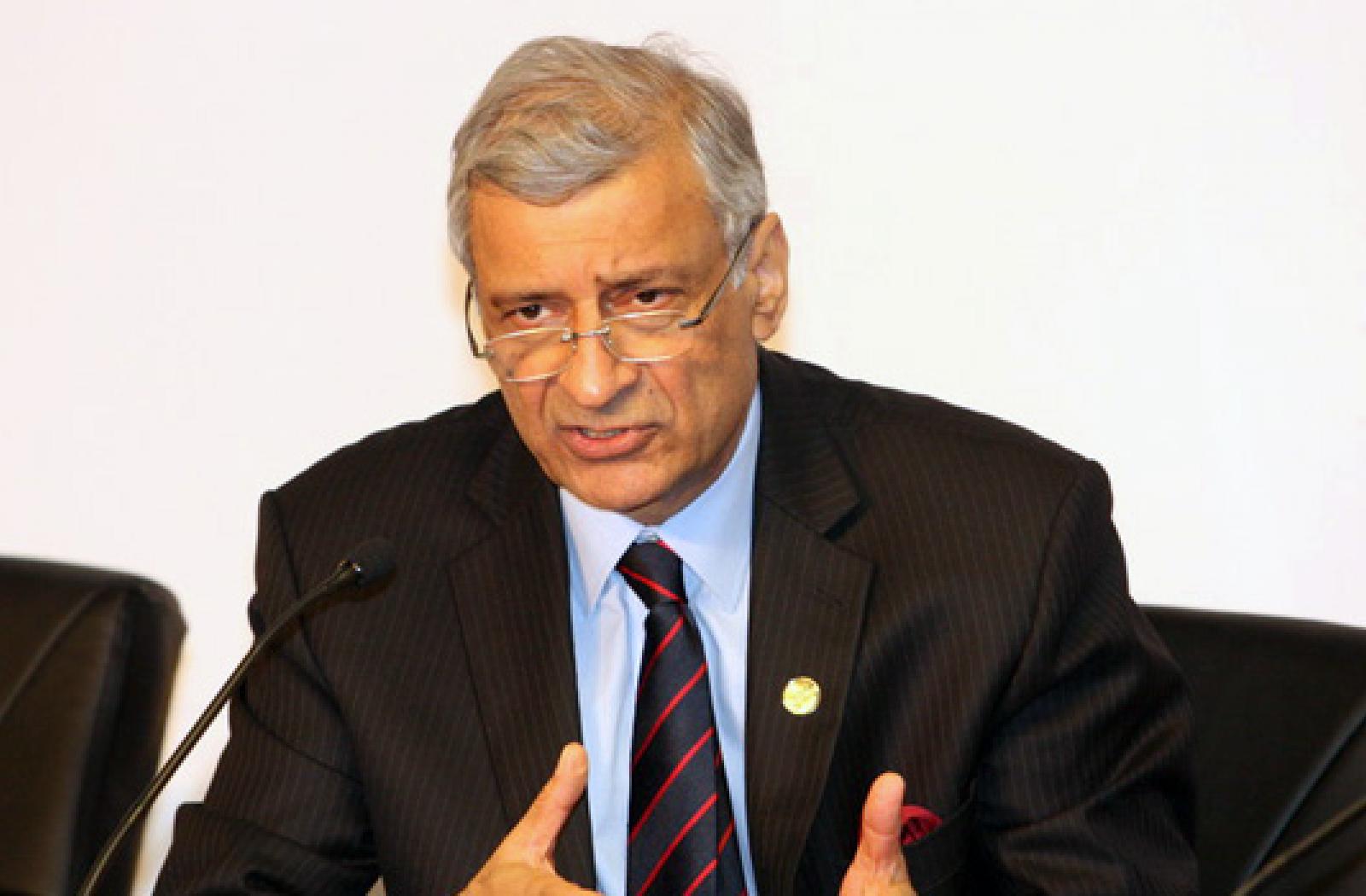 Representatives of Commonwealth-accredited bodies gathered this week at a special meeting to build on outcomes of last year’s Commonwealth Heads of Government Meeting (CHOGM).

Representatives of some 50 Commonwealth-accredited bodies gathered this week at a special meeting to build on the outcomes of last year’s Commonwealth Heads of Government Meeting (CHOGM) and strengthen the involvement of the Commonwealth’s many intergovernmental, civil society and professional bodies.

Convening the meeting, Commonwealth Secretary-General Kamalesh Sharma, who steps down after eight years in post at the beginning of April, thanked the organisations for their “high level engagement” at the summit in Malta, which resulted in a landmark agreement.

“It has always been a priority of mine to strengthen our relationship with the Commonwealth family,” Mr Sharma said. “I can think of no other international organisation that can so readily draw upon a range of civil society and intergovernmental organisations that work on different levels and on such diverse subject matters – at the local government level to parliamentary level, and from anti-corruption to human ecology,” the Secretary-General added.

The November 2015 Commonwealth Heads of Government Meeting ended with an agreement on new measures to tackle climate change and combat radicalisation. The final communiqué reiterated a joint commitment to implement the 2030 Agenda for Sustainable Development, sought solutions to global migration challenges, and emphasised the importance of empowering young people as partners and agents of change.

One of the attendees of this week’s special meeting of accredited organisations, Carl Wright, Secretary-General of the Commonwealth Local Government Forum, which is dedicated to promoting and strengthening effective democratic local government, said he welcomed “the focus on addressing the importance of partnerships amongst Commonwealth organisations”.

“It is encouraging that all three parts of the Commonwealth family - the intergovernmental Commonwealth, the associated organisations and civil society - are coming together, collaborating and taking forward key mandates of the Malta CHOGM, such as combatting extremism, addressing climate change, supporting small states and implementing the SDGs [Sustainable Development Goals],” Mr Wright said.

The Commonwealth Secretariat has developed a series of workshops, on topics such as fundraising and results-based management, to ensure accredited organisations can become more independent and self-sustaining. In line with this year’s Commonwealth theme of ‘An Inclusive Commonwealth’, the next workshop will help organisations to encourage diversity in their boards and membership.

Rita Payne, President of Commonwealth Journalists Association, commented: “Moves by the Commonwealth Secretariat to engage with accredited organisations are greatly appreciated. These consultative meetings are very helpful and should be continued before and after key Commonwealth events.”

Payne continued: “I thought the meeting was very productive, informative and well-coordinated. It gave an encouraging and well-rounded picture of what was achieved at CHOGM with contributions from representatives from the Secretariat, Commonwealth Foundation and the forums. It was very helpful and encouraging to know about follow-up actions being taken.”