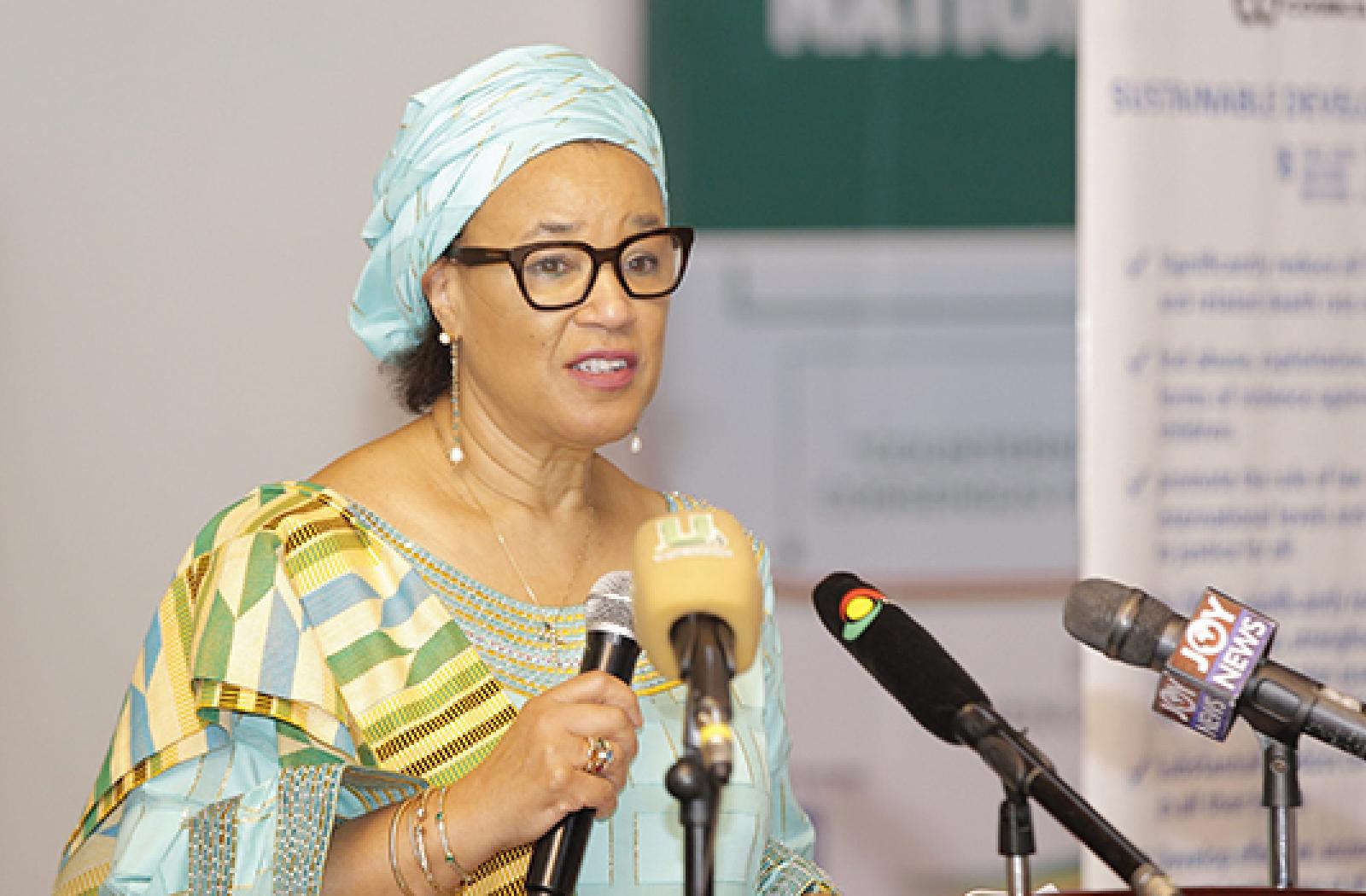 The Commonwealth Secretariat and Ghana’s National Peace Council (NPC) are making a combined effort to rebuild national unity following the 2020 election, which sparked outbreaks of violence across some regions in the country.

The Commonwealth Secretariat and Ghana’s National Peace Council (NPC) are making a combined effort to rebuild national unity following the 2020 election, which sparked outbreaks of violence across some regions in the country.

During a conference earlier this week held in Ada, titled “Countering Post-2020 Election Violence and Building Consensus for Greater Political Tolerance in Ghana”, the focus was on finding common ground to heal rifts between political parties and to reduce tensions that resulted in violence during the 2020 elections.

Key state institutions and political parties were among the stakeholders which included, amongst others:

Civil society organisations also participated in the meeting, including:

Commonwealth Secretary-General Patricia Scotland commended the NPC for convening the event, and for continuing their commitment to work with other stakeholders before, during and after the December 2020 elections for peaceful and inclusive political and electoral processes in which all could participate fairly and without fear.

In her keynote address to representatives from the multiple organisations driving the initiative, the Secretary-General said: “Those elections, which were the eighth since the restoration to Ghana in 1992 of multi-party democracy, were an opportunity to consolidate democratic gains and to continue to build upon them – a process which continues at this gathering today.

“Continuing and incremental progress towards embedding such a political culture depends on there being widespread appreciation of the traditions and principles of freedom, respect for human rights and the rule of law”.

Ahead of the 2020 elections, Ghanaian political leaders signed a Presidential Peace Pact on eradicating vigilantism which the Secretary-General said at the time was a “…fine example – which we would hope to see encouraged and emulated in the wider Commonwealth family”

Rev. Ernest Adu-Gyamfi, Chairman of the Governing Board of NPC, told the conference that this Peace Council initiative not only contributed to building tolerance and consensus, it also strengthened mechanisms for inter and intra-party dialogues, as well as deepening trust and confidence in key state institutions.

He said: “to move beyond our collective pain to a place of healing, we must begin to address how our division on partisan lines is affecting the peace, stability and development of Ghana. It is our highest expectation that this national conference will contribute enormously to healing the wounds that were created because of the violence before, during and after the 2020 elections”.

In the run-up to the 2020 election, the Commonwealth Secretariat supported a home-grown electoral violence prevention program aimed at young people. The ‘Youth Ambassador for Peace Program’ – with a remit to promote peace before, during, and after the 2020 elections – focused on a cross-section of young people in selected areas across Ghana.