Ocean focus expected in next round of climate talks 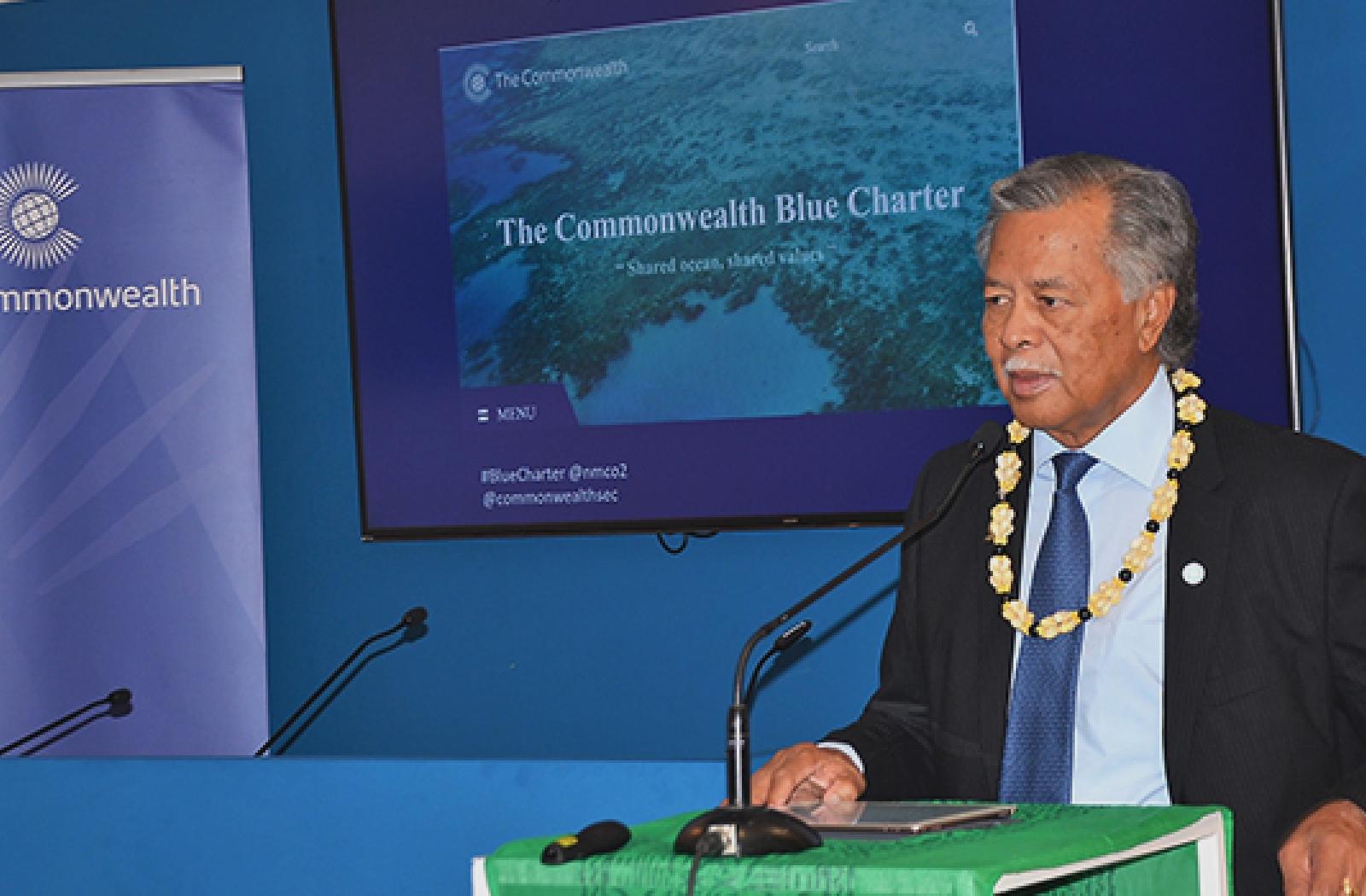 With global climate talks freshly concluded last weekend in Katowice, Poland, some Commonwealth countries are already working towards a stronger ocean focus at next year’s negotiations in Chile.

With global climate talks freshly concluded last weekend in Katowice, Poland, some Commonwealth countries are already working towards a stronger ocean focus at next year’s negotiations in Chile.

While annual sessions of the Conference of the Parties (COP) emphasise cutting global emissions to tackle climate change, there is a growing recognition of the role played by the ocean. A special report by the Intergovernmental Panel on Climate Change (IPCC) on the ocean and cryosphere – the frozen part of the world’s water - is due out September 2019, and will further spotlight ocean issues in climate debates.

“Due to the exemplary leadership of Fiji during its COP Presidency [2017-2018], the linkage between the ocean and climate change has solidified,” said Commonwealth Secretary-General Patricia Scotland at a COP24 side event co-organised by the Commonwealth and Fiji. “Though there is still much work ahead of us, the ocean is at long last ‘in the room’ and should not be disregarded in future negotiations.”

Taholo Kami, Special Envoy for the COP23 Presidency Secretariat, elaborated on advocacy efforts towards a more ocean-inclusive UN Framework Convention on Climate Change (UNFCCC). Working towards COP25, Fiji plans to host climate negotiators from up to 50 countries next March, to strategize on advancing the ocean agenda.

“One of the aims of the [Commonwealth] Blue Charter Action Group on ocean and climate change [chaired by Fiji] is what we do in the UNFCCC, and we’d like to see more leadership from the Commonwealth countries,” said Mr. Kami.

Speaking in support of the Blue Charter, the Cook Islands Prime Minister Henry Puna highlighted the country’s home-grown approach to ocean management known as “marae moana” or ‘sacred ocean’. The Marae Moana Act established a marine park, and a Council to oversee it, made up of traditional, religious, government leaders and members of the opposition, in consultation with grassroots communities.

“It confirms my suspicion that my people are born conservationists. Conservation is in our blood,” he said. “But while we’re trying to do our best to conserve it and manage it sustainably, the actions of others will have far-reaching impact on the ocean.”

This includes a ‘debt swap’ programme with the Paris Club, supported by the Nature Conservancy, whereby US$30 million of Seychelles’ foreign debt has been exchanged for commitments to ocean conservation projects. Seychelles also recently launched the world’s first sovereign ‘blue bond’, raising US$15 million from international investors, of which $3 million will be going to the Seychelles’ Conservation and Climate Adaptation Trust.

“This is not just top-down – what I find most exciting is the fact that one of the first tranches of money provided by the Trust was for a voluntary fishery zone closure on Praline Island for the benefit of the marine environment and fisher folks,” she explained. “Innovative financing going to marine conservation as well as climate adaptation is definitely a win-win-win.”

At the grass-roots level, Karuna Rana, Coordinator of the Commonwealth Youth Climate Change Network underlined the significant impact made by young people in Mauritius. In the fight against marine pollution, young people are installing drinking water dispensers across the country, lobbying local businesses and restaurants to become plastic-free, while developing an app that locates not only water dispensers, but plastic-free establishments as well.