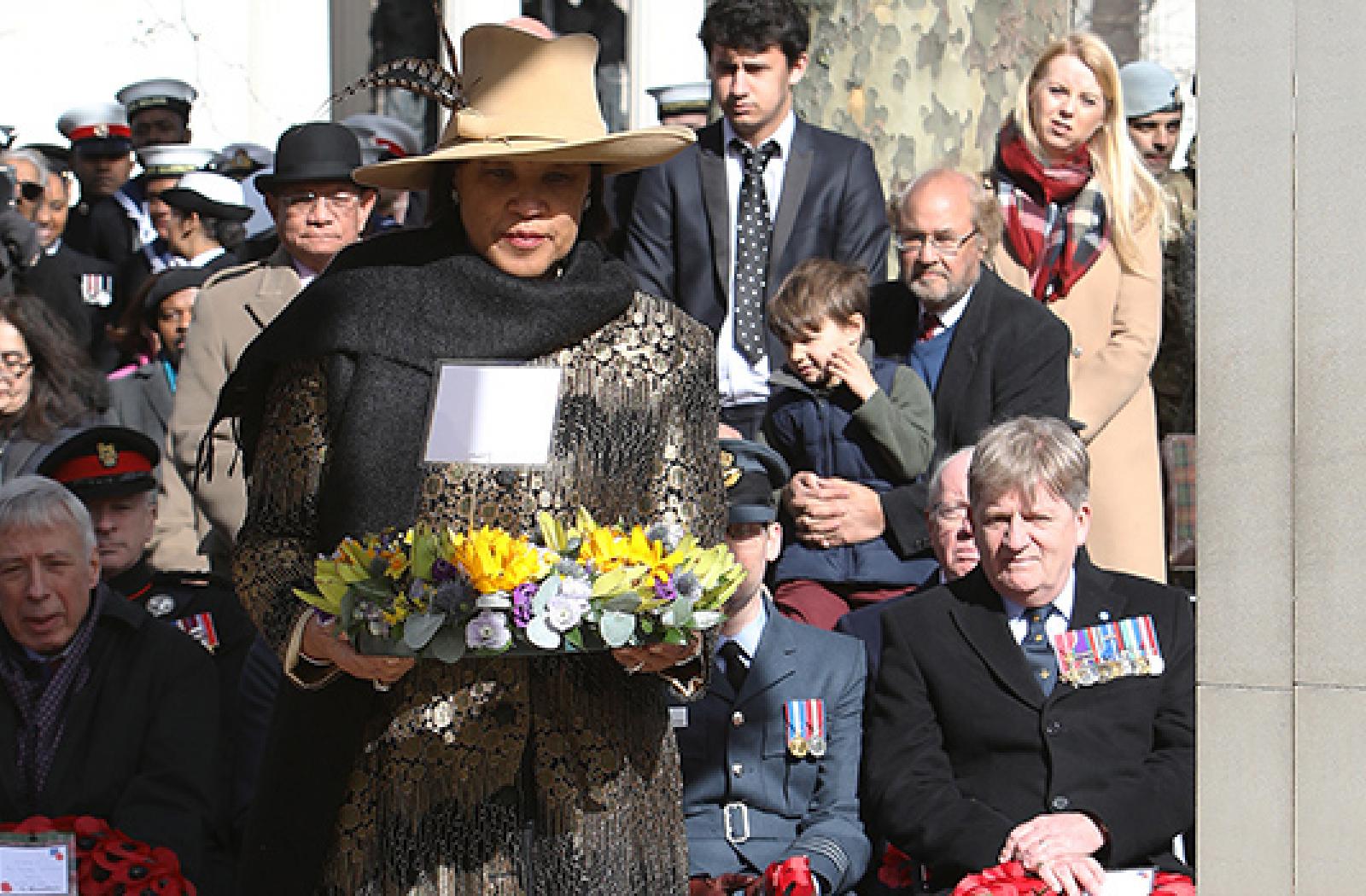 The Commonwealth Secretary-General has paid respect to the five million servicemen and women from Commonwealth countries who served during the First and Second World Wars.

The Commonwealth Secretary-General has paid respect to the five million servicemen and women from Commonwealth countries who served during the First and Second World Wars.

Patricia Scotland attended the ceremony at the Commonwealth Memorial Gates near Hyde Park Corner in London today, which is observed every year on Commonwealth Day. She was joined by current and former members of Commonwealth armed services as well as high commissioners and other dignitaries.

The Secretary-General laid a blue and yellow floral wreath on behalf of the Commonwealth and said: “I salute and offer thanksgiving for all that those from the Commonwealth who served and made sacrifice in times of conflict, and those in the armed and other uniformed services of our member countries who follow that example of duty and discipline in the service of humanity and the values of the Commonwealth family”.

“We see many of them here with us and we are extremely proud of them.”

The ceremony honoured the service and sacrifice of brave citizens from Africa, Asia, the Caribbean, Europe and the Pacific, who fought for our freedom.

This year, the service focussed on paying respect to Commonwealth citizens who served in the Royal Flying Corps and the Royal Air Force during the First and Second World Wars.

94-year-old Allen Charles Willmart served in the Royal Air Force and Royal Navy. Glancing at a memorial pillar which read ‘Our future is greater than our past’, he said: “I am here to remember my colleagues who are now gone. They were also my friends and I salute their contributions.”

The band of the Grenadier Guards provided music for the ceremony on Constitution Hill.