In celebration of six decades of HM Queen’s Elizabeth II’s contributions to the Commonwealth, the Queen Elizabeth Diamond Jubilee Trust (QEDJT) has revealed its six themes for funding projects in the Commonwealth.

The projects will encourage generations to work together for the benefit of communities, and through activities, bring Commonwealth citizens together across geographical boundaries.

Organisations partnering with the Trust to deliver the projects around the six themes were launched at the Commonwealth Secretariat’s headquarters in London, on 22 May 2012.

Exceptional Leaders – (to be announced);

Heritage and Culture – We Are What We Do; - (http://wearewhatwedo.org/)  and

Former British Prime Minister and Chairman of the Board of Trustees, Sir John Major, said: “The six themes chosen will enable the Trust to identify projects that are, and have been, of particular significance to Her Majesty throughout her reign.

“With these partners, the Trust will fund innovative and compelling initiatives that will make a very real difference to people throughout the Commonwealth.”

The partners will be joined by other international organisations from across the Commonwealth as projects develop. The Trust will be in existence for five years, with fundraising taking place during the Jubilee year (6 February 2012 – 6 February 2013).

Commonwealth Secretary-General and Trustee of the QEDJT, Kamalesh Sharma, will lead a Commonwealth Advisory Panel for the Trust that includes the Director of the Commonwealth Foundation and five high commissioners representing those countries that have, are and will act as Commonwealth Chairs-in-Office: Australia, Mauritius, Sri Lanka, Trinidad and Tobago and Uganda.

Mr Sharma said: “The Queen has been the symbol of our free association throughout the 60 years of her reign so it is fitting that the Trust will find new ways to inspire rising generations of Commonwealth citizens to build for a secure future.”

The Trust will not implement any programmes but will partner with charities on projects associated with the six themes. It is open to donations from individuals, groups, organisations and companies, both inside and outside of the Commonwealth. Envoys from Commonwealth countries will also raise funds. A portion of the proceeds from the official Diamond Jubilee souvenir programme and song, Sing, will be donated to the Trust.

The establishment of the Trust was first announced at the Commonwealth Heads of Government Meeting in Perth, Australia, in 2011 and was launched on 6 February this year.

The five facets and their lead agencies are:

Women and Leadership - a programme of interaction between women leaders of the Commonwealth. Commonwealth Foundation.

Learning – an endowment of Queen Elizabeth Diamond Jubilee Scholarships for the Commonwealth. Association of Commonwealth Universities.

Education and Understanding among Young People – an initiative to link schools across the Commonwealth. Building Understanding through International Links for Development (BUILD).

Culture and Connection – Commonwealth dimensions will be built into existing cultural and literary festivals culminating in a festival associated with the next Commonwealth Games. Commonwealth Foundation. 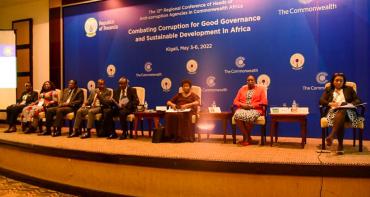 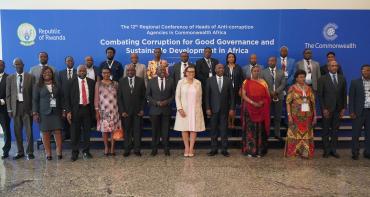 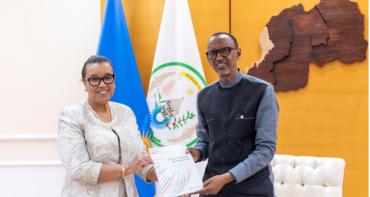