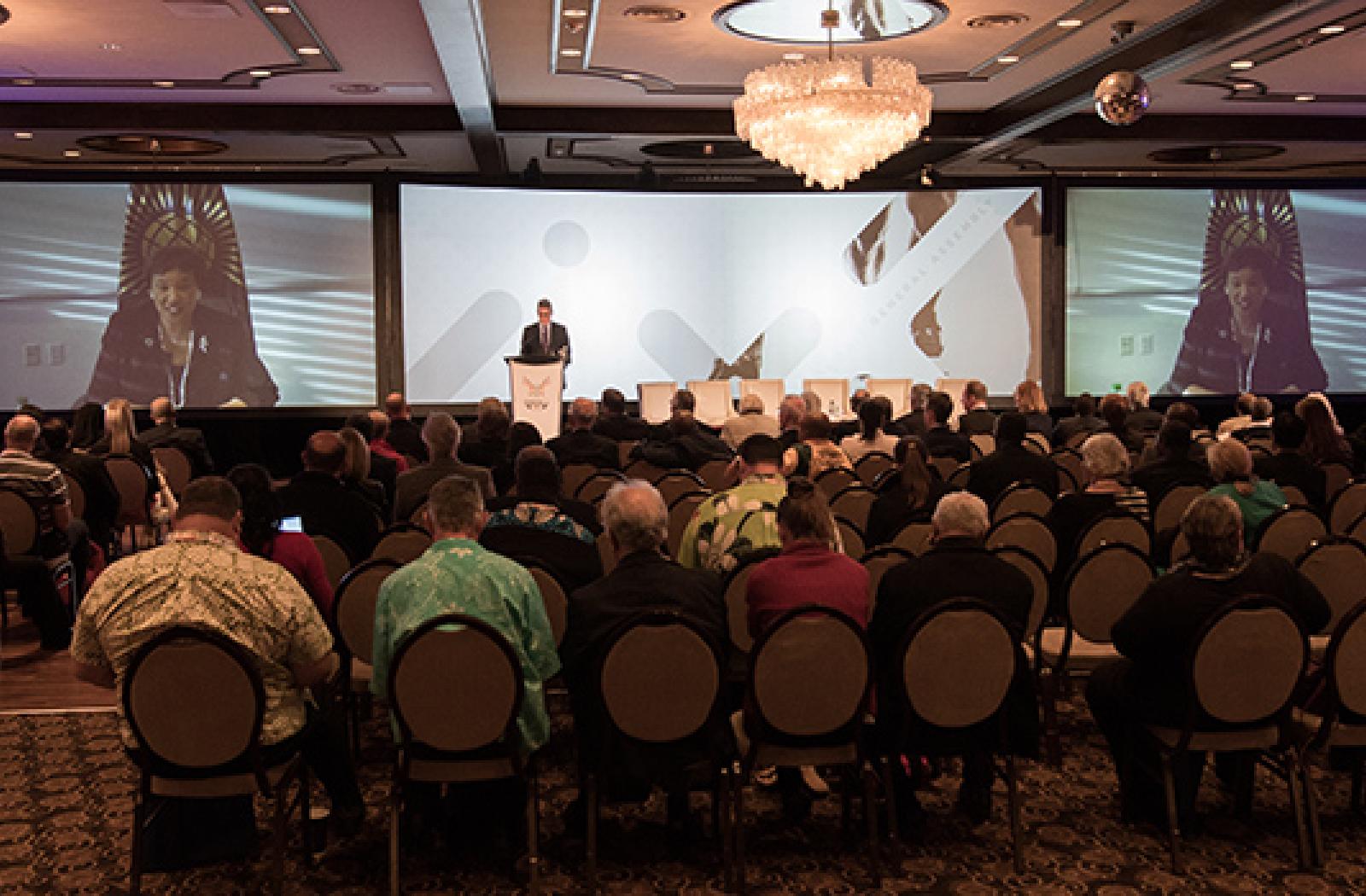 Sports delegates took stock of the Commonwealth Games and laid the groundwork for success in the future at a summit in Edmonton, Canada, on 6 October.

Sports delegates took stock of the Commonwealth Games and laid the groundwork for success in the future at a summit in Edmonton, Canada, on 6 October.

“The Games are a concrete example of the value of the Commonwealth.  They have adapted to stay current, by including, for example, para-athletes in the format or by pioneering the Commonwealth Youth Games.  This year’s summit is another first.”

The theme of relevance was picked up in a panel discussion entitled “It’s Within Us,” that related sport to social change.  David Rutherford, Chief Commissioner of New Zealand’s Human Rights Commission, spoke eloquently about the role of sport in the fight against apartheid in South Africa.  Chief Ava Hill, who led aboriginal partnerships at the 2015 Pan Am Games, reflected on the power of sport to preserve and protect cultural identity.  Delegates came away from the session with a new awareness of the power of sport to produce positive change.

Looking to the future, a discussion on equality led to a decision that there will be an equal number of events for men and women at the next Commonwealth Games in Gold Coast, Australia.  Read more here

Patricia Scotland, Secretary-General of the Commonwealth, spoke to the delegates via video-link.  She congratulated them on their commitment to gender equality in sport and then announced the Commonwealth theme for 2017: “A Peace-building Commonwealth,” noting that the new theme has a direct relevance to sport.

“Sport isn’t just enjoyable,” she said.  “It’s a means where we come together and produce healthy bodies.  We understand each other better, and so sport is now being used to educate and to help people work together peacefully.”

Find out more about the 2017 Commonwealth Theme

Oliver Dudfield, Head of Sport for Development and Peace at the Secretariat, shared an analysis of sport’s contribution to achieving the Sustainable Development Goals.  “With effective leadership, sport can provide a valuable platform for dialogue and the creation of shared understanding,” he said.  “It’s evident that the Commonwealth Sports Movement can play a key leadership role in maximizing the contribution of sport to achieving the SDGs.”

The Sports Summit is taking place 18 months before the start of the next Commonwealth Games.  Delegates left the day-long event confident that they would they deliver a world-class event in Australia, and that by doing so, they would contribute to social good.

Read the Secretary-General's article in the Huffington post on: Harnessing The Power Of Sport To Deliver Peace, Prosperity And Development Across The Commonwealth