‘The Commonwealth an anchor in turbulent times’ 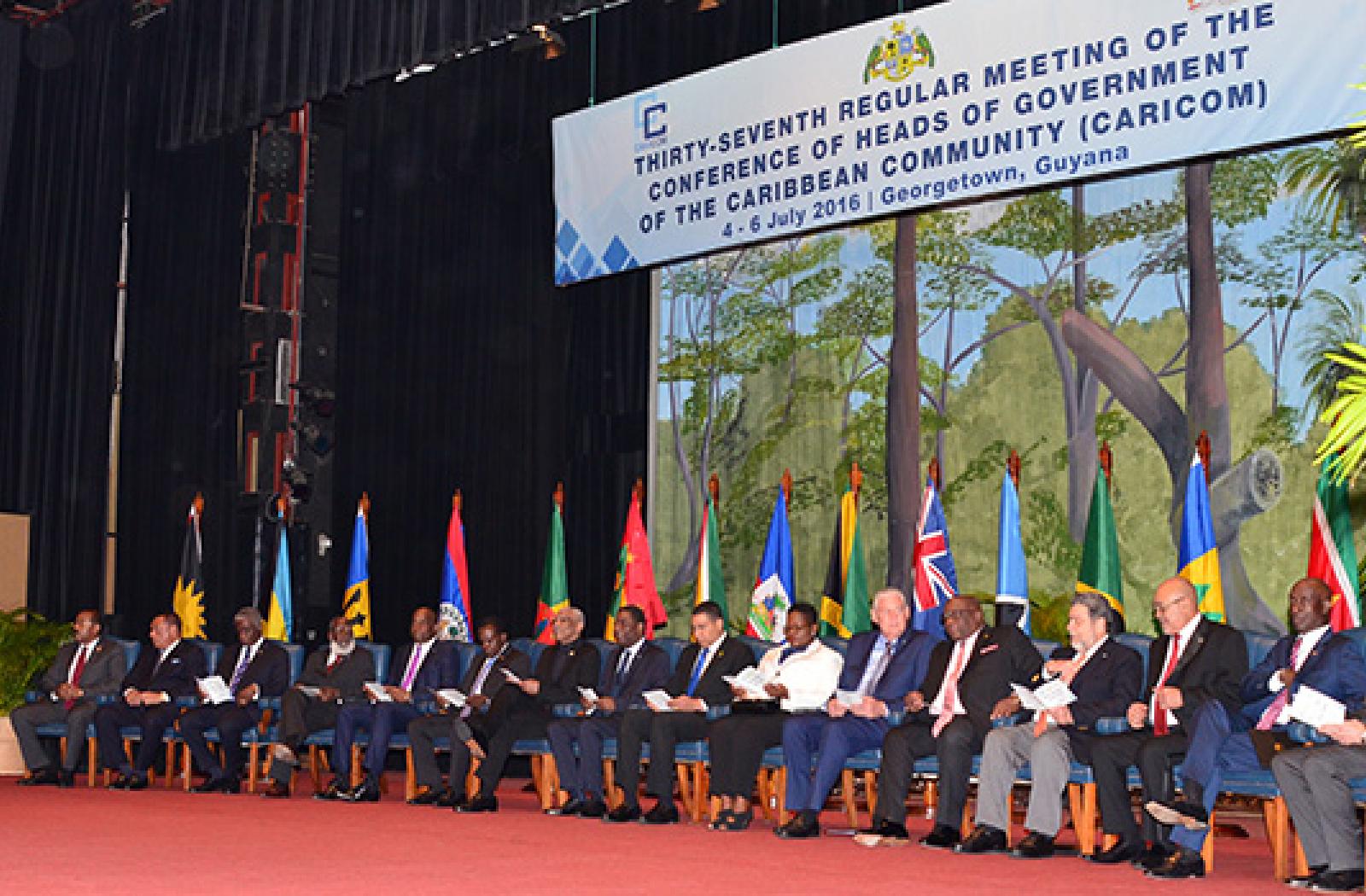 The Commonwealth will offer strength, stability, solidarity and practical assistance to its member states and in particular will advocate for small and vulnerable economies the Commonwealth Secretary-General pledged yesterday at the CARICOM conference.

The Commonwealth will offer strength, stability, solidarity and practical assistance to its member states and in particular will advocate for small and vulnerable economies, who are less able to withstand the impact of climate change and changes in the global economy, Commonwealth Secretary-General Patricia Scotland said yesterday as the Caribbean Community (CARICOM) reacted to the shockwaves of the UK’s exit from Europe.

Leaders speaking at the opening session of the conference have pledged to tackle issues around crime and security and find solutions to the looming crisis that threatens the Caribbean banking sector as international banks react to changing finance policies and regulations. But it was the UK’s decision to leave the European Union (EU), popularly known as ‘Brexit’, that topped the agenda at the opening.

Stressing the importance of Britain as a trading partner and a vital source of assistance in legal and financial matters, he urged CARICOM leaders to urgently respond to the “seismic eruption in the European Union” and the consequences, which he believes would inevitably cause a shift in international relations.

During her exchanges with governments and regional organisations at CARICOM, Secretary-General Scotland will underline the Commonwealth’s determination to speak up for the Caribbean, and remind Commonwealth Caribbean members of the benefits of integration and partnership.

“My message to Caribbean countries is that I understand the concerns about the potential impact of Brexit on small and vulnerable economies,” she said today. “I want to remind them that Cyprus and Malta, Commonwealth countries, are European nations, and it is our intention to continue our close partnership with the EU through their membership.

“My aim is for the Commonwealth to be a steadying anchor in these turbulent times, and to offer support to strengthen, stabilise and unite our countries, as well as give targeted and practical assistance to help every member states reach their development goals.”

The Secretary-General was applauded by the audience at the CARICOM meeting yesterday, after St Lucia’s Prime Minister, Allen Chastanet praised the achievement of the “incredible” CARICOM citizens who lead regional and international development organisations.

He said: “I know we have women leaders at the head of the Commonwealth and the Association of Caribbean States. We need to applaud Baroness Scotland,” and seek closer collaboration with the Commonwealth. The Prime Minister also called for a “review of the structures that hinder equality”.

During the two-day conference, the Secretary-General will meet with development partners and Commonwealth Caribbean representatives to discuss specific Commonwealth support and partnerships. She will make available a Commonwealth policy paper which addresses the unintended consequences on the Caribbean’s banking sector and migrant remittances of regulatory measures to prevent money laundering and the financing of terrorism.

From Guyana, Secretary-General Scotland will fly to Jamaica, where she will launch a new Commonwealth collaboration on youth leadership with Common Purpose, a development charity, and the University of the West Indies. The Secretary-General said: “This initiative will really give young people, who represent 60 percent of the Commonwealth’s more than two billion population, a voice on key national, regional and global issues, equip them with leadership skills and provide them with the networks and opportunities to really make a difference in their communities and across the globe.”

She added: “I have set these young people the immense challenge of finding solutions to the challenges and barriers that the world is grappling with in achieving its sustainable development goals. I believe they have the talent and creativity to devise solutions for the 22nd century and their generation.”