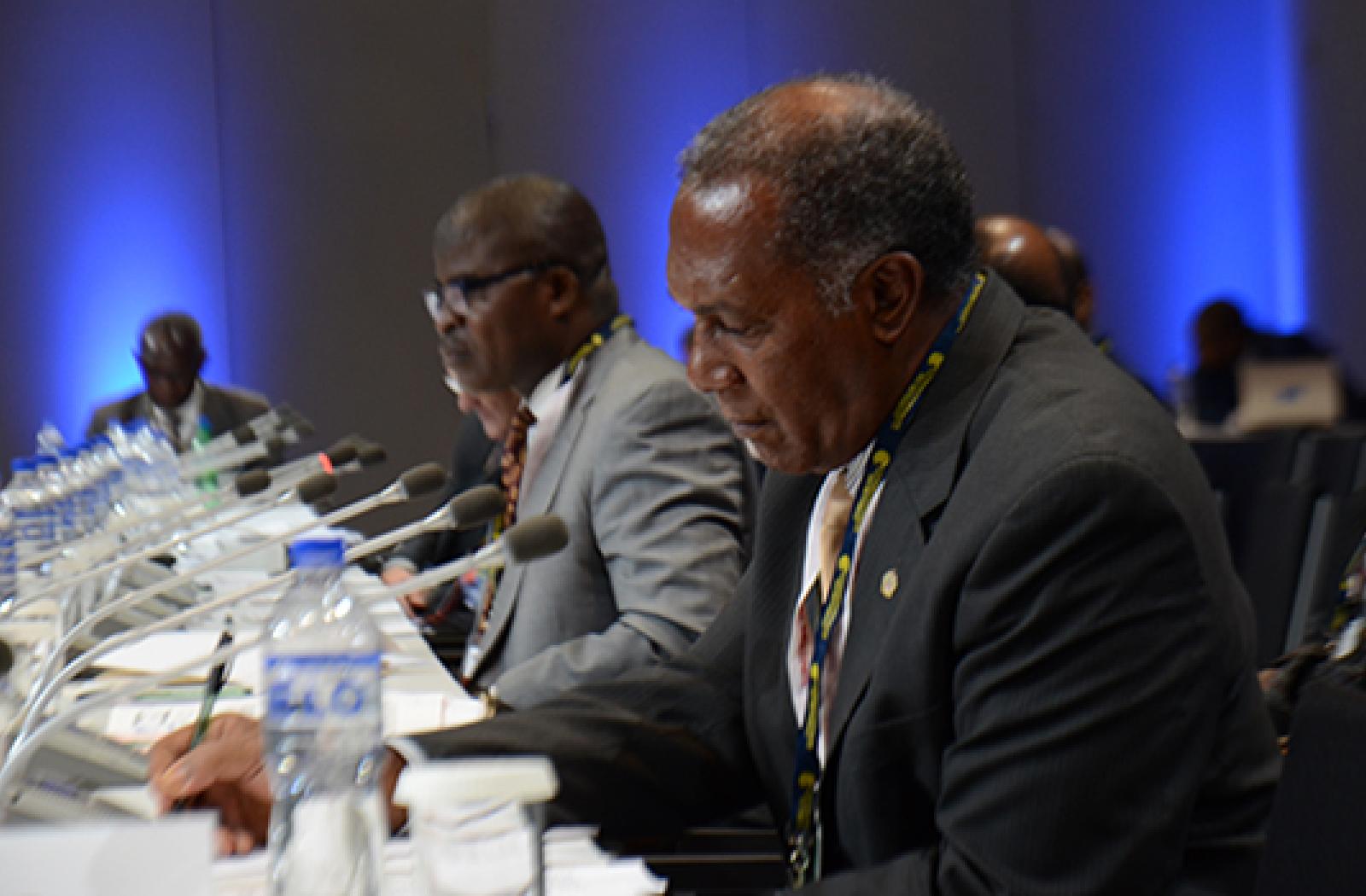 The dialogue, which took place in Lima the day before the Commonwealth finance ministers meeting, provided an opportunity for central bank governors to set out priorities. Delegates considered a number of policy options developed at a forum held in July at the Commonwealth Secretariat to examine the implications of de-banking on the remittance sector.

Discussions focussed on the adverse effects of anti-money laundering and counter terrorist financing (AML/CTF) regulations that have led to banks closing the accounts of money service businesses unable to comply with the new rules – de-banking.

“De-banking trends are worrisome because they are hurting remittances. Good intentions can have a negative impact”, said Aitur Rahman, Governor of the Central Bank of Bangladesh and chair of the meeting.

Mr Rahman added: “The purpose of this meeting is to have a genuine exchange of views, so we can take something home and get something done.”

Remittances are a significant source of income for many developing Commonwealth economies and a lifeline for millions of families. According to the World Bank, remittances to India – the top receiving country - totalled USD 64 billion, far exceeding overseas development assistance and foreign direct investment. In Commonwealth small states, remittances make up a significant proportion of gross domestic product (GDP). For example, in Lesotho, this amounts to 41 per cent of GDP.

But the new regulations are putting money service operators out of business and hitting those in need hardest. Left with few options, people are forced to transfer money through banks at a much higher cost or turn to underground operators.

Speaking on behalf of the regulatory body, Juan Manuel Vega Serrano, Vice President of the Financial Action Task Force (FATF) stated that the issues of de-risking and de-banking are complex, the effects of which he said are not yet known. He noted that financial institutions should take a risk-based approach towards money service businesses on a case-by-case basis to avoid cutting off important economic corridors.

He said: “De-risking should not be an excuse for financial institutions to avoid a risk-based approach to combat money laundering and terrorist financing. We will continue our dialogue with the public and private sector to implement this approach.”

Patrick Ngugi Njoroge, Central Bank Governor of Kenya, commented that the issue of financial inclusion had not been high on the regulator’s agenda.

Responding to this point, Mr Serrano said: “I do not believe there is a contradiction between financial inclusion and AML/CTF. It is not in our interest to keep people out of the regulated financial system.”

Use of new monetary technology such as Bitcoin for remittances was one of the proposals discussed  at the meeting. Delegates heard a presentation from Dr Garrick Hileman at the London School of Economics, about the latest developments in the sector. Dr Hileman explained that while transactions involving Bitcoin are increasing, the technology is still regarded as unconventional. He put forward the idea that governments could create their own virtual currency, which would allow greater transparency.

Discussing the potential of virtual currencies, several central bank governors raised concerns about the implications for monetary policy and financial stability. They agreed this was a “futuristic” proposal and would be a possible long-term consideration.

“Perhaps we should concentrate on low-hanging fruits”, suggested Jwala Rambarran, the Central Bank Governor of Trinidad and Tobago. Mr Rambarran added: “The Commonwealth Secretariat has a key role to play in sharing knowledge and developing research on the potential and implications of this new technology. If we decide to regulate virtual currencies, we are unaware of the financial instability risks posed by this currency. This is an area we need to determine carefully.”

Outlining other policy options to address de-banking challenges, Samantha Attridge, the Commonwealth Secretariat’s Head of Finance and Development Policy, explained that related issues had been taken up by the G20 working group to press for a more inclusive dialogue, particularly from a development perspective. “There is a genuine concern among our membership about the impact of AML/CTF regulations on remittance flows”, she said.

Ms Attridge warned that de-banking is increasing and spreading to countries where it did not exist previously, driving people to use informal money transfer channels. She called on the international community to pursue a much broader and inclusive discussion involving the smallest, poorest and most vulnerable countries in developing responses.

De-banking has had an acute effect on Commonwealth small island developing states. Maiava Atalina Ainu'u-Enari, the Central Bank Governor of Samoa, informed delegates that all money transfer businesses in her country had been shut down because of the regulations.

Ms Ain’u-Enari criticised regulatory decision-making processes and claimed that developing countries had not been fairly involved. She said: “Samoa is greatly reliant on remittance flows. More Samoan people live outside the country and maintain strong familial, cultural and financial ties. Remittances account for 20 per cent of our GDP.  Do developed countries consider the position of developing countries when imposing AML/CTF requirements?”

Central bank governors shared proposals arising from their discussions with Commonwealth finance ministers who met on 7 October in Lima for their annual meeting.