Reaffirmation of the Commonwealth’s commitment to transforming societies to achieve political, economic and human development.
Image 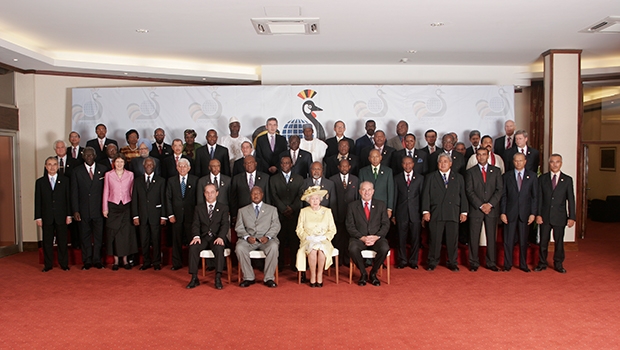 We, the Heads of Government of the Commonwealth, recall that our Declaration of Commonwealth Principles unequivocally decries the wide disparities in wealth between different sections of humanity and reaffirms the Commonwealth’s commitment to raise standards and achieve a more equitable international society free of poverty, ignorance and disease.

Those Principles have been further elaborated and strengthened over the years to underline that development rests on the foundations of democratic governance, the rule of law, respect for human rights, gender equality and peace and security. The Commonwealth has also pledged and continued to pursue a stable international economic framework within which growth can be achieved, together with sound economic management at the national level that recognises the central role of the market economy.

We note that the membership of the Commonwealth comprises countries at different levels of political, economic and human development, and that historical factors and circumstances have been a significant contributory factor. We also recognise that many of our members are endowed with natural advantages upon which they have the potential to achieve positive economic and social transformation, while many members also have natural handicaps that constrain such transformation.

The experience of newly industrialised members of the Commonwealth shows the way forward for developing countries, and demonstrates that qualitative economic transformation occurs where the following conditions exist:

We recognise that human and political transformation cannot be successful or enduring unless people themselves have a strong sense of ownership of the institutions put in place to govern and support their lives and welfare. Nor will human transformation occur sustainably unless people have a growing sense of achievement, benefit, and self- worth.

We note that the Millennium Development Goals (MDGs) are designed to achieve the most significant fundamental transformation of humanity, and are largely linked to poverty reduction, health, education and gender equality targets. We also note with satisfaction the achievement of a number of MDGs by some member countries. We, however, express our deep concern that many Commonwealth countries are falling behind the MDG targets at this half-way point to the 2015 end year. Goals related to maternal and child deaths, HIV/ AIDS, and elimination of gender disparities require urgent action in many countries.

We reaffirm our commitment to intensify our efforts to meet the MDGs and their associated targets, and to help one another to do so. We note in particular, the recognition that countries in Africa are proving that large scale progress in achieving the MDGs is possible under conditions of adequate financing, much of which should flow from a strengthened global partnership for development.

We recall the Goal committing all nations to develop a global partnership for development and acknowledge the developed countries that have increased resources for development by 30 per cent since Monterrey. Despite this, however, we note with concern the overall decline in official development assistance (ODA) in 2006. We call on the international community as a whole, and in particular the donor community, to honour pledges and make concrete efforts to meet commitments made with regard to financing for development.

We urge the United Nations Secretary-General to convene a meeting in 2008 that brings together Heads of Government with leaders from the private sector, and other interested parties to review progress and to consider ways to assist those lagging behind to accelerate the action that is needed to attain the MDGs.

We recognise that strongly development-oriented outcomes to the Doha Round of multilateral trade negotiations as well as the Economic Partnership Agreement negotiations between the European Union and the African-Caribbean-Pacific (ACP) group of countries would make the most significant contributions to the attainment of the MDGs.

We also recognise that neither economic nor human development is possible in a sustainable way without democracy and good governance. We therefore affirm the importance of leadership that embraces the Commonwealth’s fundamental values, and that is tolerant and encouraging of innovation, creativity and diversity.

We recognise that the challenge of transformation requires international collaboration and co-operation. The Commonwealth’s common values and norms place us in a strong position of comparative advantage to learn and benefit from each other. We commit ourselves to explore ways in which each of us can share and strengthen our relations with each other in order to support transformation for us all. We call on the Commonwealth Secretariat to assist in developing an action plan to facilitate transformation in member countries.